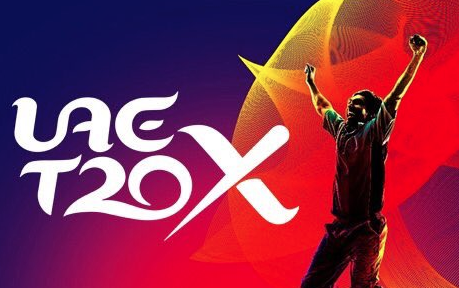 You might think that Twenty20 cricket has reached its saturation point.

Since its advent in 2003, the game’s shortest format has gone from strength to strength, culminating in a point now where it dominates agendas both domestically and internationally.

Its success has seen tournaments spring up all over the globe in an attempt to catch – and monetise – the zeitgeist.

The Indian Premier League, T20’s biggest, brashest and richest incarnation, has led the way in recent times, prompting many nations to try and get their own slice of the action.

The result of this proliferation is that there is now a T20 league for every month of the year, with established stars making a living by playing all over the world.

It’s a competitive market, but in December a new face will attempt to make a name for itself. The UAE T20x, which will be played between 19 December and 11 January, sees domestic T20 cricket come to the United Arab Emirates for the first time.

Five franchises, each with squads of 16 players, will play 22 matches over 24 days at stadiums in Dubai, Abu Dhabi and Sharjah. While there will be the familiar names from other T20 tournaments – Shahid Afridi, AB de Villiers, Andre Russell, Eoin Morgan, Kumar Sangakkara and more – the UAE T20x aims to stand out be championing those less well known.

Kumar Sangakkara was attracted to the competition due to its different approach to development (Source: Getty)

The competition’s unique selling point is its commitment to development. Each 16-man squad will contain four emerging players plus three from Associate nations and three from the UAE. The idea is that by giving these players a platform, they can learn from the veterans and launch their careers.

“I think the concept is very interesting,” Sri Lanka’s Sangakkara tells City A.M. “It’s almost a graduation process. You are playing in a tournament where the players are a nice mixed bunch – international icons, associate players, youngsters – who all want to display their skills on an international stage and learn from the experienced ones.

“It’s about nurturing talent to get them to graduate through and play for their own countries.”

With next year’s World Cup containing just the 10 best sides in the world, Sangakkara believes the UAE T20x can play an important role for Associate nations.

“It allows the opportunity to younger players and Associates to get exposure, to learn in a high-intensity, high-quality environment which mimics an international atmosphere,” he says.

The man in charge of delivering the tournament for the Emirates Cricket Board is Salman Sarwar Butt, a former banker who has a long history with T20 cricket, having helped set up the National T20 Cup – Pakistan’s Twenty20 first competition back in 2004 – while working at sponsor ABN AMRO.

Having then been involved in the formation of the Pakistan Super League in 2015, Butt knows what is needed to make the UAE T20x able to compete in a crowded market.

With a history of cricket, a large south Asian diaspora, existing infrastructure and a helpful geographic location, Butt thinks he has a recipe for success.

“We want to build a legacy and create a product that’s No1,” he tells City A.M. “We want to develop a liking for the game in this part of the world. The ICC has a mandate to develop cricket in the Middle East and this is a product that supports and enhances that mandate.

“Five or 10 years down the line we’d like this to be the sporting product for the Middle East. We’d like this to be one of the most inclusive and innovative cricket league, able to stand against all the quality T20 leagues in the world, with its USP differentiating it from the others.”

The UAE T20x clashes with Australia’s Big Bash and New Zealand’s Super Smash and Butt admits they are planning to move the tournament slightly in the future to avoid the overlap.

The UAE has grown in popularity as a cricket destination in the last 10 years (Source: Getty)

In the meantime the hope for the first year is to attract as many viewers as possible – and with 18 different countries represented, the interest could be widespread.

“We’re not going out and selling the broadcast rights to one buyer,” Butt explains. “We’re spacing them out separately so that we can maximise eyeballs in the first few years. It will then grow on its own.”

Butt says the tournament will have a “flavour of inclusion”, with the UAE’s international feel represented by both teams and fans. “People will come and support players from their country,” he says. “We want to see the stadium representing the whole world.”

For Sangakkara the UAE T20x is the continuation of the country’s rise to prominence in cricket.

“Dubai and the UAE have become a cricketing hub in recent years,” he says. “Pakistan have shifted their headquarters there, Afghanistan play a lot there, while international sides also have training camps in the country.”

Having played host for others, the UAE now hopes to use the continued expansion of Twenty20 to further its own cricketing development.