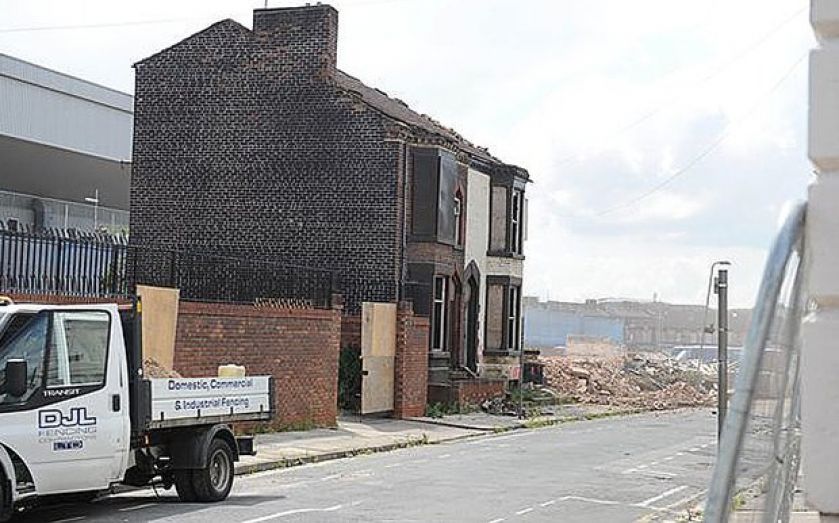 The last pair of terraced homes on Lothair Road in the shadow of Liverpool Football Club’s main stand at Anfield are about to Kop it.

Earlier this month, Carillion were announced as the preferred bidder for a £75m project to expand the stadium and days later the firm entered talks over a £3bn merger with Balfour Beatty. Picture courtesy Liverpool Echo