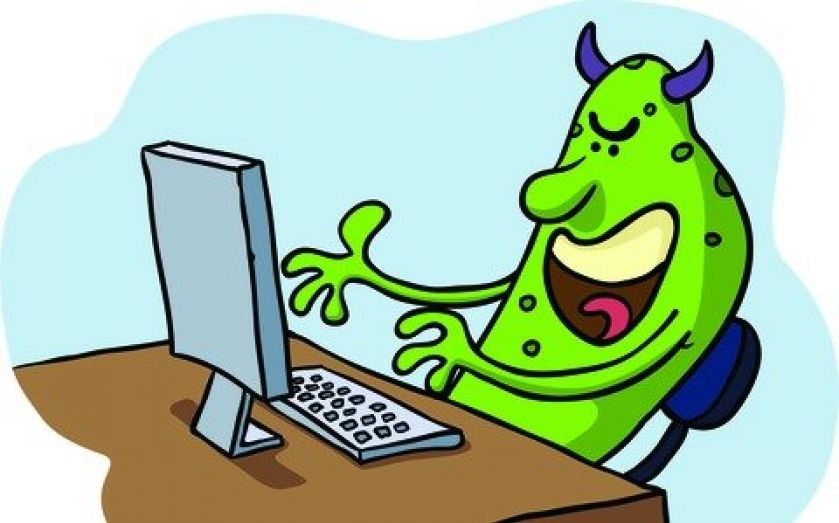 Waging war on the cyber bullies

IN BOOK two of Plato’s Republic, Socrates’ sidekick Glaucon attempts to bolster the argument that humans are not intrinsically just by invoking the Ring of Gyges, a myth in which a poor shepherd stumbles upon a magical ring in a cave. The herdsman is astonished to find that he becomes invisible when he slides the ring on his finger. The discovery leaves him with a decision: hand it in to the authorities? Or go to the palace, sneak into the royal bed chamber and seduce the queen? Guess what… he went for the latter. And he didn’t stop there. With the queen on side, he murders the King and takes up the position of ruler of Lydia. The idea is that anonymity stops people from having to consider the consequences of their actions and therefore reveals their true nature – which is selfish and destructive.

How times have changed. In ancient Greece the veil of anonymity inspired people to commit regicide; in 21st century Britain, people just abuse each over the internet. “Trolling” – which originally referred to deliberately provocative or off-topic online statements but has come to be used as a general term for internet abuse – hit the headlines again last week with various female public figures continuing to be targeted.

Yesterday a rare victory was scored against the nameless hordes. Thanks to the diligent work of a local Michigan reporter, a troll who spent years attacking online businesses under the username “ebayisajoke” was unmasked. Charles “Chuck” Fitch, an obese bachelor living on the outskirts of Detroit, fits the troll stereotype better than most. As this list of high profile troll unmaskings show, often they aren’t sick loners but average young men who should know better…

Don’t mess with Mary
Take Oliver Rawlings, the 20 year old former public school boy who sent esteemed classicist Mary Beard a series of unrepeatably offensive tweets. In an act of defiance, the academic retweeted the abuse, which led one Twitter user to send back “Mary, if you would like to send a copy [of] @Rawlings153’s tweet to his mother, Joanne, I’d be happy to give you the postal address.” Oliver promptly apologised to Beard. Asked if she would consider meeting her troll, Beard was magnanimous: “yes, I’d take him out for a drink and smack his bottom. I just hope he never does it again.”

Twitter users take note
Since it was announced that Sir Winston Churchill is to replace Elizabeth Fry on the £5 note in 2016, Caroline Criado-Perez has been campaigning to get a woman back on a British bank note. This month she finally succeeded – Jane Austen is to appear on £10 notes. However, Criado-Perez then received a deluge of tweets threatening death and sexual violence. Initially Twitter failed to respond to her complaints so she went to the police. A 21 year old mechanic was arrested in Manchester – at his parents’ house.

“The internet’s biggest troll”
Texan Michael Brutsch was described as the internet’s biggest troll when his identity was revealed in 2012. Under the name “violentacrez” the married 49 year old financial services computer programmer managed a thread on Reddit that featured an unending stream of disturbing images including voyeuristic pictures of young girls. The thread was shut down after an investigative report by Adrien Chen was posted on the Gawker website. The outing of Brutsch sparked a debate about anonymity online, with many Reddit users objecting that Brutsch had done nothing illegal and therefore should have been allowed to keep his identity a secret.

Hacked off
Prolific troll Frank Zimmerman was given a 26 week jail sentence suspended for two years after being convicted of sending threatening and offensive messages to a range of public figures including former Conservative MP Louise Mensch. Zimmerman threatened Mensch and her family after the MP made critical comments about Twitter following the 2011 riots. He invoked the Anonymous hacking group in many of his messages, writing “We are Anonymous and we do not like rude ***** like you.”