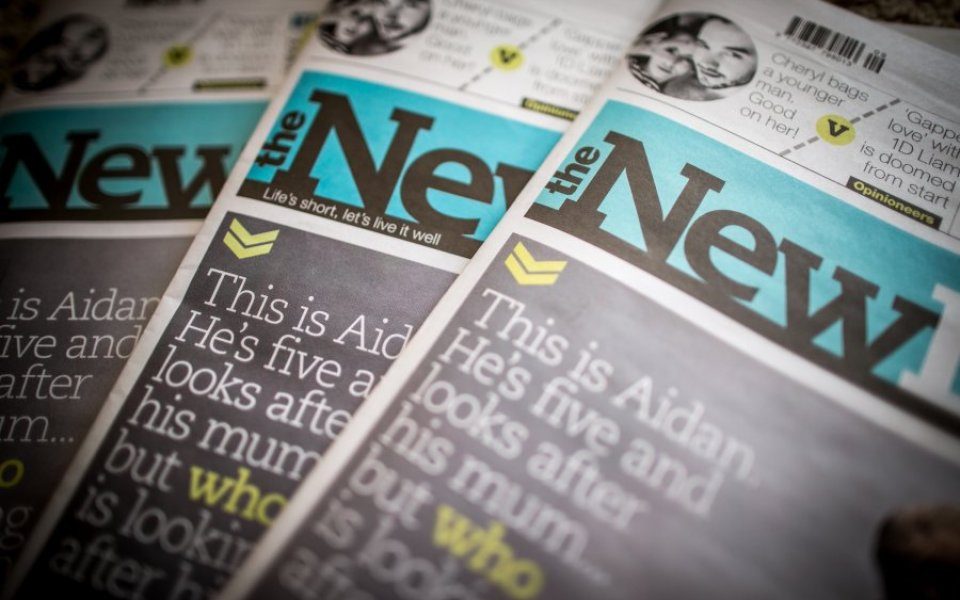 Trinity Mirror’s share price was up by around 3 per cent today following the launch of the New Day newspaper.

Analysts have reacted positively to the launch, which came on the same day as the company reported falls in statutory profits and revenue.

Alex De Groote, media analyst at Peel Hunt: "It's not going to be a game-changer"

I would imagine it will lose money in the first half as it gathers momentum as they invest in it, and they advertise behind it and promote it. But I don’t think they’ll be sentimental. If it isn’t working in a year I think they’ll pull the plug. But they’ll give it every chance to succeed…

It’s not going to be a game-changer. It’s an interesting initiative, it could work, it could enlarge the market. But even if it's really successful… probably £20m of revenue is the maximum it could do. Trinity’s a company that does £750m of revenue, so £20m is definitely helpful but it’s not a game-changer.

Enders Analysis: "A rare example of a strategy that does not blur or compromise print and digital objectives"

Trinity Mirror is launching a national newspaper, The New Day, into a challenging marketplace: declining volumes of –  seven per cent, and the loss of £121m in advertising in 2015 alone.

The New Day has been inspired by market research into lapsed newspaper buyers. While consumer behaviour is largely driven by a shift to digital, mobile and social media distributed news, some consumers want a different print product from anything in the marketplace.

In digital, The New Day eschews the need for a website or App, focusing on social media to market the product; a rare example of a strategy that does not blur or compromise print and digital objectives.​

Claudine Collins, managing director of MediaCom UK (in PR Week): "I really hope that it will pay off"

My initial reaction when I heard about the launch was that they have to be mad. Launching a national newspaper, (and newspaper only) when paper circulations and readerships are on a downward trend is a brave move, but I really hope that it will pay off. They must believe there is a market as they are a plc and have put a lot of money behind it. It is as new and refreshing as it promised to be and I can’t stress enough how hard it is to judge on the first issue.