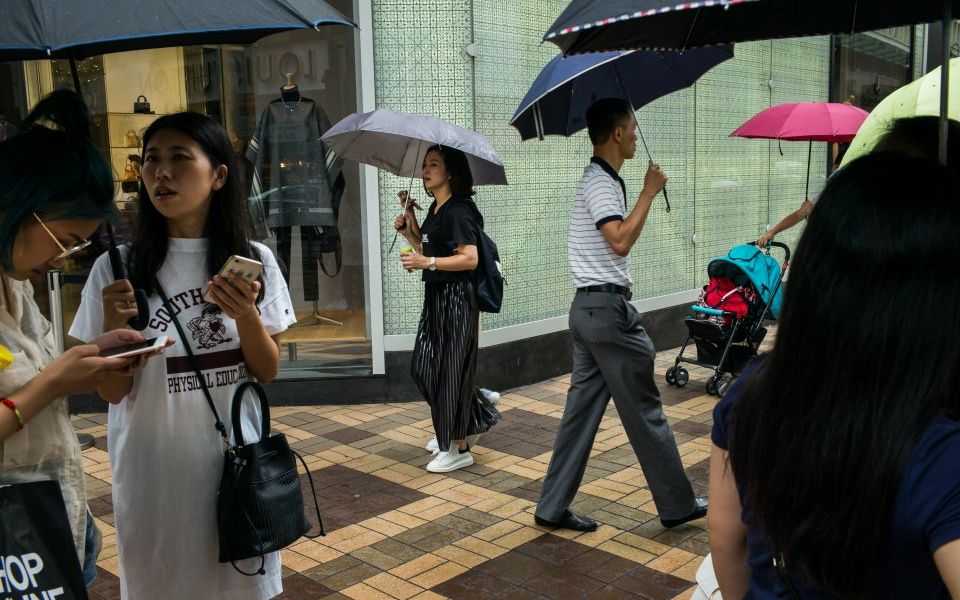 Travellers cheques. Remember them? Cue confused expressions from anyone under 25.

You may be surprised to hear that some banks still offer these cheques, which can be exchanged when you go abroad for hard currency (though you’re limited to just six of the major currencies).

Fortunately, this outdated mode of currency exchange has now been usurped by something more secure, cost-effective, and widely accepted in countries around the world. Say hello to the multi-currency card.

These cards are equipped with chip-and-pin protection, and behave just like a typical bank card – although the card is not tied to your current account. Instead, you can top-up your balance online – similar to pay-as-you-go mobile phone contracts.

While currency cards are a relatively new invention, there are already several popular players in the market – a sure sign of the demand for a modern alternative to the travellers cheque.

So if you’re shopping around for one of these cards, what should you be looking for?

Most of these prepaid cards will offer a much better foreign exchange (FX) rate than the big banks.

They can also hold their rate. For example, FairFX currency cards allow customers to lock in an exchange rate when the pound is performing well, giving customers more control.

With that said, it’s important to check how rates compare with other prepaid cards.

Most exchange rates can be found easily on each provider’s website (if it’s difficult to find this information, don’t choose that provider).

WeSwap is slightly different to other offerings in that it’s based on a peer-to-peer platform, so instead of sourcing currency from banks, the technology automatically exchanges currency between other travellers.

“This means our users get much better rates than with other cards and services, because we cut out many of the middlemen involved in the typical travel money supply chain,” explains WeSwap chief executive Jared Jesner. “All of this is done behind the scenes, so there’s no extra effort involved.”

You should also find out whether the card has FX fees. These tend to range between zero and five per cent.

While WeSwap has a one per cent fee, Jesner warns against those cards that claim to have no FX charges. “Some currency cards will let you load your card with a currency at a certain rate, with ‘no extra fees’. This sounds good, but actually they’ll be including their fees in the rates they offer, so you get less overall.”

You’ll probably want some cash when you go abroad, so it’s important to check whether a prepaid card will charge you for withdrawals.

While there are several players that let you withdraw completely free, others charge as much as £3 each time you take out money – that fee is more than most UK debit cards, therefore rendering a currency card pretty pointless.

Other companies have certain conditions you have to meet to withdraw cash freely.

One of the first players to bring currency cards to the market, Caxton, allows up to two withdrawals per day – with a maximum of up to £300 per 24 hours.

Some currency cards have a minimum withdrawal amount. For example, WeSwap allows you to withdraw anything over £200 completely free, so users can withdraw enough for their holiday in one go with no charges at all.

Essentially, you need to consider how much you’ll need for your holiday, and whether you feel comfortable lugging around hundreds of pounds or not.

Either way, check the small print so you’re not in the dark.

We’ve already touched on FX and ATM charges, but you should also watch out for prepaid cards with transaction fees.

Most charge nothing for transactions, which makes them particularly appealing if you want to pay for most items on card. But others, like No1 Currency’s travel card, will charge as much as three per cent per transaction.

Caxton also warns that some companies have hidden fees that you need to be wary of. If a company isn’t completely transparent and clear about its charges, or uses complicated language, it shouldn’t be a contender when choosing a currency card.

Rupert Lee-Browne, chief executive of Caxton, points out that banks charge £3 on average for each transaction, and says one of the great benefits of multi-currency cards is that travellers can avoid hefty fees. So make sure you’re signing up for a service that offers a good deal.

Bear in mind that some cards also have “inactivity fees”. The Lyk card, for example, will charge you £2 each month if you haven’t used the card in a 15 month period.

Consider how often you think you’ll go abroad in the next year – because you don’t want to rack up a bill for a card that is supposed to make travelling cost-effective.

Some currency cards have other cool quirks, such as making it easy to transfer money when travelling in groups.

Take FairFX, which gives customers the option to link additional cards that are used by family and friends. You can move money between the cards as needed via the FairFX app or the website. “This is great for families looking to give their teenage children independence on spending abroad,” says FairFX chief Ian Strafford-Taylor.

WeSwap’s app also supports top-ups with Apple and Android Pay, and you can send money to other people in your group to split expenses.

One of the benefits of using these cards rather than taking out lumps of cash or travellers cheques is that your money is safe if you lose your card.

The best cards have apps with helpful features like blocking and unblocking your card if it’s stolen.

You might also like to check the provider’s terms for issuing a new card. Many charge around £5 for a secondary card – so if you’re prone to losing things, opt for a provider that offers free replacements.

Many of us will have drabs of foreign currency leftover after a holiday. Some currency cards solve this issue by incentivising customers to use or exchange the leftover money when they return to the UK.

For example, FairFX offers 3.5 per cent cashback at over 40 different high street brands in the UK, while WeSwap will let you transfer back to sterling at no cost.

Of course, these prepaid cards are not just for holidaymakers. They’re arguably even more handy for people who frequently travel for business, particularly as some let you hold multiple currencies at once.

Travelling has never been easier, so paying for things abroad should be just as straightforward.

As Jesner says: “Financial empowerment for consumers is increasingly the norm in the retail space, and travel money is hot on its heels. It was only a matter of time before a more efficient and consumer-friendly FX infrastructure emerged.”