Trade's influence on the two Koreas in one dramatic map 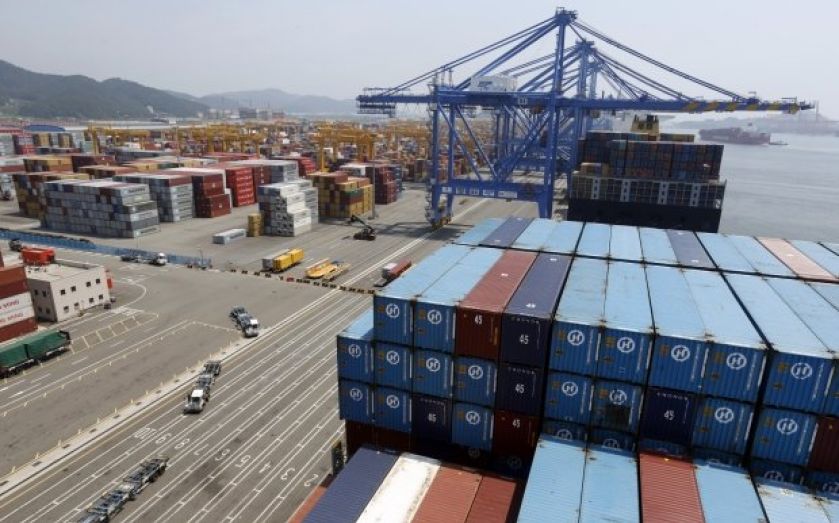 If you had to pick one development of the 20th century that contributed most to human progress, what would it be?

Don't rush to say the internet. While it may have improved communications, its first incarnations offered just marginal improvements over the telegram.

If you want to choose something truly remarkable – that has seen the costs of international trade plunge, and made the world perhaps even smaller – then you're looking for container shipping.

First developed by Malcolm McLean in 1956, the container earned its inventor the title of "Man of the Century" by the International Maritime Hall of Fame. In his book "The Box", Marc Levinson estimates that the arrival of containerisation saw the costs of doing international trade fall by so much that economists can assume that moving goods is virtually costless – a statement that he says "was unimaginable" before the advent of the container.

The simplicity of container shipping replaces a previous system of piece-by-piece freight handling. Containerisation allows goods to be packed and moved over long distances without the costly and time-consuming process of unpacking and repacking as they moved from land to ship, to road, then back to truck or train.

Indeed, before containers came about, much of trade "was so expensive that in many cases selling internationally was not worthwhile," says Levinson. Since then, Craig Murphy and Joanne Yates estimate that the costs of global shipping have fallen from around $5.86 per ton in the 1950s, to around $0.16 today – a reduction of more than 97 per cent.

And if you want an illustration of the divergent fortunes of the two Koreas, look no further. The website MarineTraffic displays live data of all the world's cargo ships over 299 gross tonnage, and images such as the one below reveal that while South Korean ports Busan, Ulsan, and Incheon see plenty of activity, North Korea's are markedly quiet by comparison.

An openness to trade has helped to contribute to South Korea's economic growth miracle. The World Bank says that the country "has experienced remarkable success in combining rapid economic growth with significant reductions in poverty." In 2013 South Korea boasted an estimated GDP per capita of $33,200. North Korea's by contrast, was estimated at a mere $1,800 in 2011.

Perhaps looking at volumes of shipping to each of the Koreas is an unfair comparator, as North Korea is able to take greater advantage of rail links to the continent, but neighbouring China itself is a hive of cargo ship activity. The port of Dandong, close to the China-North Korea border is itself incredibly popular.

This picture may be changing. Last November saw a deal brokered between South and North Korean governments, to co-operate on the development of North Korea's Rajin port. That agreement signals not only an effort to improve shipping, but also signs of openness between the two Koreas. The agreement was only considered legal by the South Korean state as the investment is conducted indirectly, through a Russian intermediary.

Until now, North Korea has been heavily dependent on China as a trading partner. Looking forward, its rulers may want to be less restricted, and elsewhere, moves are being taken to liberalise North Korea's economy – one of the world's most tightly controlled – including the creation of new economic development zones.

More than a dozen were announced last year, not unlike the Special Economic Zones of China's eastern coast, the kind that propelled the development of North Korea's biggest neighbour since the 1970s. And private estimates suggest that as of 2011 North Korea probably went into a trade surplus after running current account deficits "for most of its history."

The latest International Energy Agency data on electric power consumption shows that South Koreans consumed an average 10,162 kilowatt hours in 2011, while their North Korean neighbours lag using just 739. And earlier this year an image from Nasa captured this stark difference between the two Koreas. Taken from the International Space Station, the photo shows a dazzlingly bright South Korea, against a North Korea still in the dark ages.