The trade war in your head? A look behind the US-China feud 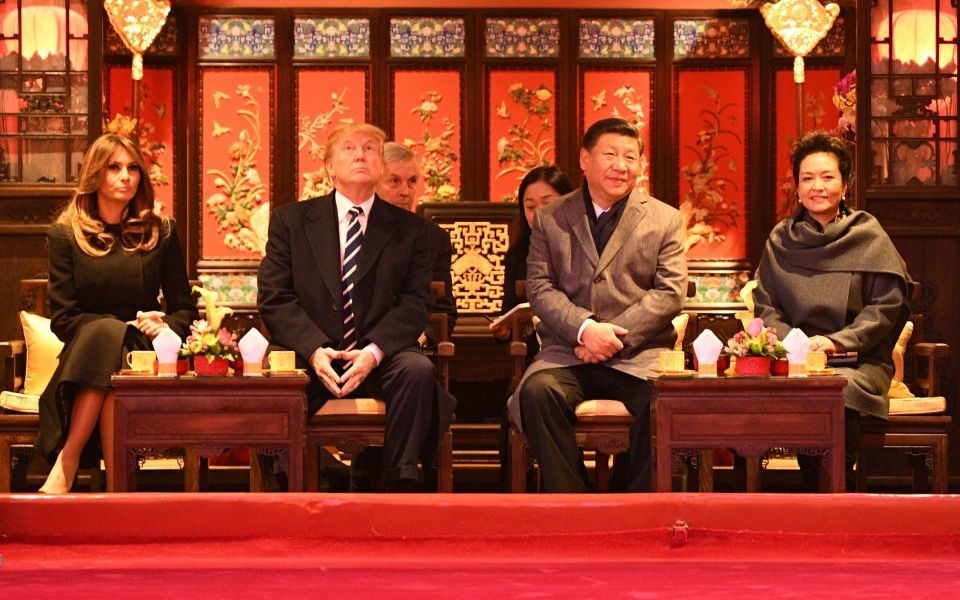 As the US-China talks resume this week, the spectre of global trade disintegration on looms ever larger.

There is one month for Donald Trump and Xi Jinping to strike a deal before the 90-day ceasefire in tit-for-tat rhetoric expires.

At stake is $200bn of Chinese exports to the US, which will otherwise see tariffs rise to 25 per cent from 15 per cent now.

China exports nearly four times the value of goods to the US as the US exports to China. These exports are dominated by electronics and machinery, while the next largest sectors are what might be expected from an emerging economy: furniture, clothing, toys, and automotive components.

The two largest US export sectors to China are aerospace and soya beans (at over $14bn each), with electronics and automotives close behind.

Less well-known but equally important is the US trade surplus in services with China. Of the top 10 sectors, four are in areas where intellectual property dominates: government services, information and communications, research and development, and IP licencing. Two more are based primarily on knowledge: advertising, and market research.

From the US perspective, a flourishing market for these services is less visible than the symbolic manufacturing jobs that Trump promised to bring back to America.

And the situation is made more complex by the “Made in China 2025” programme – a state-sponsored initiative to promote China’s role in the global technology and digital economy, which, according to a US think tank, represents a “real existential threat to US technological leadership”.

However, the fact is that trade with China is not the win-or-lose contest that Trump has portrayed, both on the campaign trail and with his tariffs and trade war rhetoric since becoming President.

It is understandable why he has taken this path. The growth of China has exacerbated the sense of exclusion felt by many of Trump’s core supporters in the US. If US businesses are outsourcing to Asia, those jobs and the rising middle classes they enable are also outsourced.

The result is the populism that has created Trump’s nationalistic agenda, of which trade is the core narrative: China is the enemy because it trades more. The logic is zero sum – “I export more, you export less. I win, you lose” – but it has an intrinsic appeal to a disenchanted voter.

It is tempting to use the zero-sum language of trade wars: it speaks to a domestic audience far more effectively than looser promises about jobs, security, and welfare. There is an implicit sense that a nation’s pride is at stake if it exports less than its partners – or, in this case, rivals.

Yet global leaders should not allow this rhetoric to get in the way of reality. Manufacturing jobs were transferred across borders many decades ago, resulting in cheaper goods for consumers all over the world.

Now we are seeing the same phenomenon with technology and ideas. Any attempt at reining this in appears to be shutting the stable door a long time after the horse has bolted.

If negotiators on both sides acknowledge their interdependence, the concerns become ensuring global security through shared economic interests.

Otherwise, starting a trade war will become the economic equivalent of pushing the nuclear button.