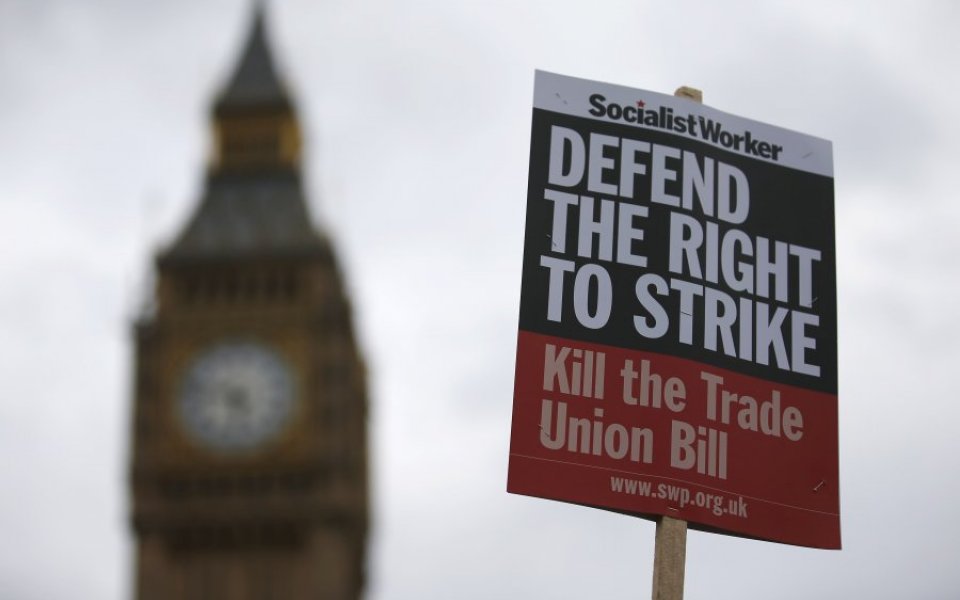 Thousands of union members and activists are heading for central London this lunchtime to take part in a huge rally against the introduction of the Trade Union Bill.

Unions including Unison, Unite, the Fire Brigade Union, Aslef and Bectu and activist groups such as Occupy London and War on Want will be taking part in the rally, which will begin at 1pm outside Westminster Central Hall.

The TUC's organising page said: "This is a big opportunity to make sure MPs hear directly from people who are worried that the bill will undermine the right to strike and risk public safety and service quality.

"We’ll meet up at Central Hall in Westminster to hear some inspirational speakers, and then in groups head off to the House of Commons to meet our MPs and explain why they should vote against the bill. The rally will kick off at 1pm and the lobby at 2.30pm."

Proposals include restrictions around picketing, a provision to allow contract workers to break strikes, raised thresholds for ballots on industrial action and a requirement for prior notice for how unions plan to use social media to coordinate action.

On its organising page, Aslef said: "The proposals in the Trade Union Bill are unnecessary, undemocratic and threaten the civil liberties of working people by undermining their right to strike."

Crowds were gathering in central London ahead of the official start time.