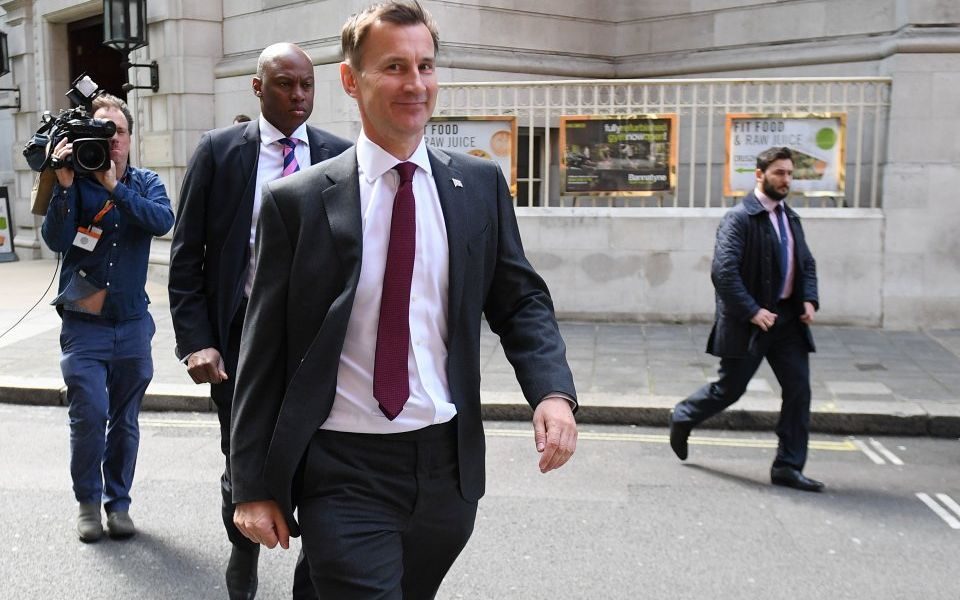 Jeremy Hunt has warned against taking a “hard-line approach” to Brexit talks.

The foreign secretary and Tory leadership candidate has suggested it would not resolve the current standoff with Brussels, but instead provoke a “hard-line response”.

He is currently one of 12 people running to replace Theresa May as the leader of the Conservative party and Prime Minister.

The leadership contest is expected to get underway on June 7, with a result to be confirmed by the end of July.

"We need to deliver Brexit and my job is to make sure we have a debate about how we do that," he added.

"We must keep no deal [with the EU] on the table. I've been very clear that if ultimately there was a choice between no deal and no Brexit and you can only choose one of those two, I would chose no deal, but it's not a choice that I want to have."

How to tackle the Brexit saga will be the key part of each candidate’s campaigns.

The latest person to announce they will run for the position was former chief whip Mark Harper, who said he would rather leave without a deal than remain in the EU.

“My preference is to leave with a deal. I think that is what is best for the UK and the constitutional integrity of the UK, but if I am faced with the choice between not leaving at all and leaving without a deal, then I would leave without a deal – keep 'no deal' on the table."

Those running to be elected need at least two nominations from fellow MPs to enter the contest, with the field whittled down in a one-by-one series of votes.

The final two will go to a decisive vote among Tory members, with the winner elected the new leader and Prime Minister.