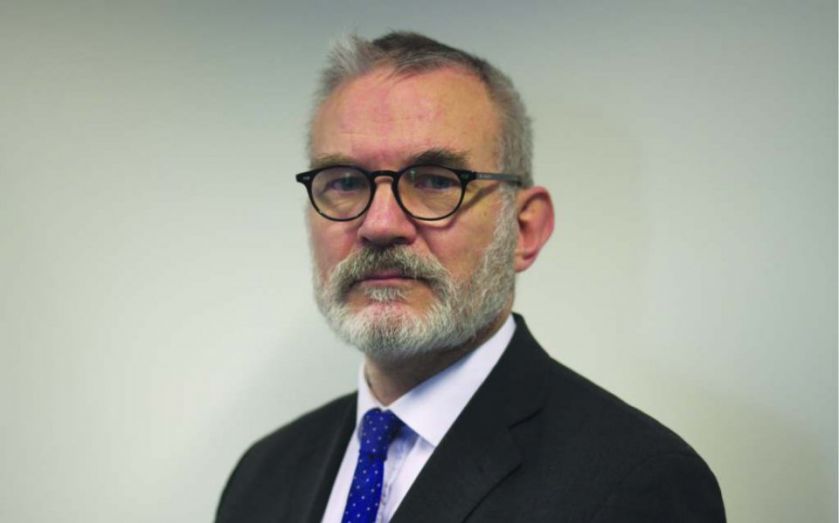 London Assembly member Andrew Boff may be trailing in the polls behind his fellow Tory mayoral hopefuls. How­ever, sitting down with City A.M. last week in his office in City Hall, the leader of the Greater London Authority Conservatives said he is confident he can win the open primary to be Tory candidate.

“Of course I can win,” Boff said. “I have the original ideas.”

A veteran of London politics, 57-year-old Boff was born in a council house in Hillingdon in 1958 and was first elected to the borough’s council more than three decades ago. He later moved to Hackney, where he was also a councillor before being elected to the London Assembly in 2008. Since then, he has worked from City Hall on a variety of issues, heading an investigation into housing overcrowding and publishing reports on such topics as violence against sex workers and internet access on the Underground.

Boff told City A.M. that his experiences on the Assembly give him an edge over the other Tories on the party’s shortlist: Richmond Park MP Zac Goldsmith, London MEP Syed Kamall and London deputy mayor Stephen Greenhalgh.

“Of the four Conservative candidates, I am the most experienced,” Boff said, adding: “I am the one with the greatest knowledge of London government, I am the only one with the proven record of being able to deliver. And I know what I am talking about.”

Boff said that while he and the other Tory hopefuls share a political party affiliation, favouring small government and individual responsibility, many of his policy proposals differ from those of his opponents.

For starters, Boff wants to increase housing supply in the capital, saying that he is tired of the “way in which we are feeding the needs of developers rather than the needs of the population”. Boff blames developers for focusing on high-rise complexes, rather than family-friendly homes. He said that if he is elected mayor, he would ban the building of any new residential properties taller than six storeys, except in five designated areas, including the City, Canary Wharf and Croydon.

“Londoners don’t like flats, and they don’t like tower blocks.” Boff said, adding: “The vernacular building of London is a terraced house with a garden and a front door, which opens out on to the street.”

Boff also said that he wanted to promote “self-building” in the capital by giving away plots of land to individuals and families who are willing to pay to build homes on them.

Boff said that the GLA had identified 10,000 possible places where homes could be built last year alone, and that if he were mayor, he would require boroughs to produce a list of available space each year. Under his plan, City Hall would give away those plots at no cost to the consumer, only to recover the value of the land the first time the property is sold.

Boff says the proposal fits in with his wider goal of making London a “more family-friendly, liveable place”.

And Boff sees improving the quality and reliability of city’s transport system as key to reaching his goal.

A strong proponent of driverless Tube trains such as those used on the DLR, he has said that he wants one additional driverless train line by 2020, with the aim of removing drivers from two other lines by 2024. Boff has been fiercely critical of the drivers’ unions and their involvement in this summer’s Tube strikes. But despite calls from fellow candidates for the next mayor of London to take a seat at the negotiating table, Boff is insistent that he would not take over bargaining from Transport for London (TfL) management.

“As mayor, you are in charge of TfL,” Boff said. “You have put people into place to do the negotiations. If you then say that they are not up to the job, then what does that do to all of the other negotiations? What message does that send to the unions?

“I’ll talk to them, I’m not going to avoid the union leaders,” Boff said. “But I will not negotiate with them, because that is not the job of the mayor. The job of the mayor is to sell London to the world and to make sure it’s working, not to get your hands dirty and to effectively double-think the managers you have put in place.”

Boff is equally frank when discussing ongoing disputes between Black Cab drivers and private minicab hire companies, including Uber. He said that he is unpersuaded by quotas ­– the mayor “has let the market determine the correct number of private-hire vehicles” – and while he wants Black Cabs to survive, it is not City Hall’s responsibility to protect them from the pressures of a competitive marketplace.

Boff also revealed that he has big plans for transport systems outside London, vowing to City A.M. that as mayor he would “fight” the Davies Commission’s recommendation to build a third runway at Heathrow.

“Heathrow is the solution for the unambitious,” Boff said, insisting that a better option would be to build a new major hub in the Thames Estuary, on the Isle of Grain and shut down Heathrow altogether in favour of redeveloping the existing west London site in the vein of Docklands in east London.