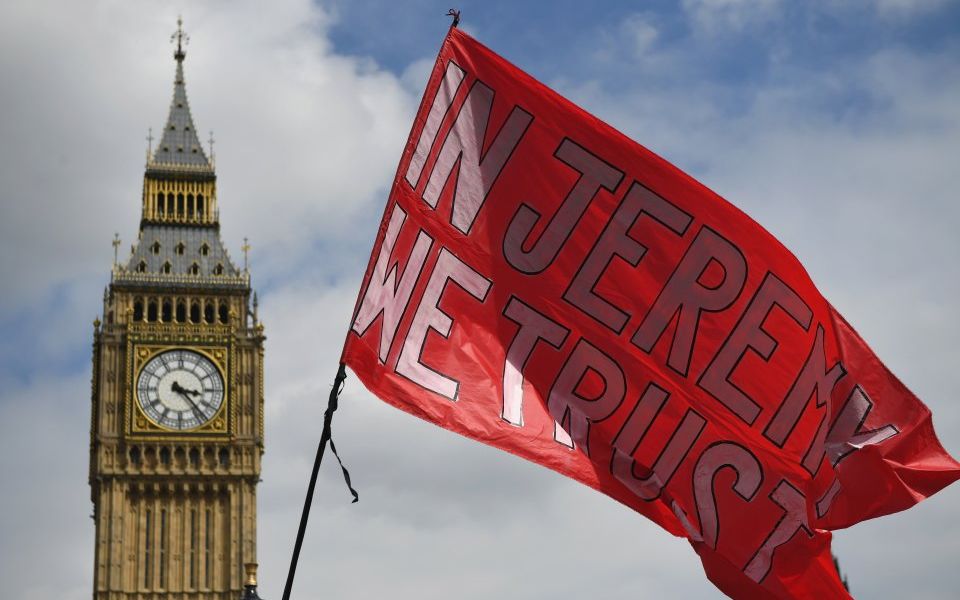 One, in New York, praised the free-market as “the greatest agent of human progress” and pledged “a post-Brexit Britain will be an unequivocally pro-business Britain.” The other, in Liverpool, lashed out at “a failed economic system” in which “millions of people” are a mere “side show for the City of London and the banks piling up profits.”

The two speeches, by the Prime Minister in New York and Jeremy Corbyn at his party conference, were delivered just minutes apart but represent two philosophies with an ocean between them.

Corbyn's speech went down a storm in the conference hall. More importantly, it will probably go down quite well with people catching highlights on the news.

When Corbyn declares “we are winning the public debate” he's not wrong. Jim O'Neill, the former Goldman Sachs exec and Tory government minister says Labour has “captured the mood of the nation.”

In his speech, Corbyn cut through his banker-bashing rhetoric with some actual policy proposals that might make free-market policy wonks gasp, but that will seem to most people hard to argue against. Free childcare, public ownership of utility companies, billions of pounds of 'investment' and an end to austerity.

The childcare policy is daft: requiring staff to have a degree will push up costs and make it harder for new nurseries to open. The programme of nationalisations is ideological and dangerous, requisitioning shares with no compensation at market value will hit the pension pots of millions. Democratising corporate boards and putting ten per cent of companies in the (nominal) hands of workers is a clunky and bureaucratic way to increase employee ownership, amounting to little more than theft from existing shareholders. The pension funds take another hit.

The Tories must urgently respond to the growing confidence of socialists and the growing attractiveness of socialism. Shouting about 'unfunded spending commitments' may have been enough to see off Ed Miliband, but it won't work this time.

Her speech in New York yesterday must become her stump speech – making the case for private enterprise as an asset to the economy and a boon to employees, rather than a system that traps and exploits them.

Theresa May can recognise the concerns and grievances that exist, without conceding that Corbyn's proposed medicine is the right prescription.

She and her ministers must make this case with passion, commitment and – above all – evidence.