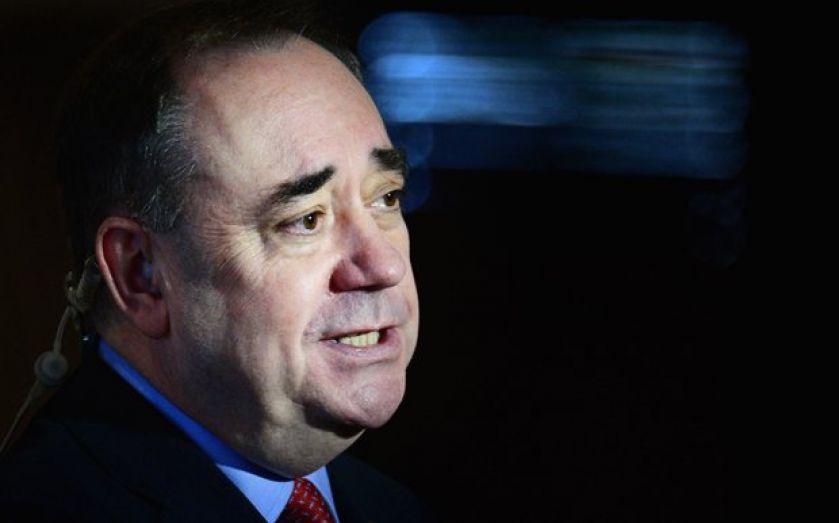 Italy, Scotland and the EU could all prompt serious ripples

AS ITALY’S Democratic Party leader Matteo Renzi was given the mandate to form a new government yesterday (the country’s fourth since the start of the Eurozone crisis in 2009), Italian 10-year bond yields dropped to their lowest level in eight years.

Uncertainty stemming from Italy’s fluid political situation in recent days has been offset by optimism over Renzi’s reformist agenda and the relatively positive economic news flow. Data released on Friday showed that Eurozone GDP growth rose from 0.1 to 0.3 per cent in the fourth quarter of 2013, with Italy’s economy growing by 0.1 per cent. While nearly non-existent, it still represents the country’s first quarterly expansion since spring 2011. Moody’s even lifted its outlook for Italian debt from negative to “stable” on Friday, reflecting the diminished possibility that the country’s banks will need recapitalising, and signs of wider financial resilience.

But politics could yet prove a stumbling block for markets in 2014. The European Parliament elections at the end of May and Scotland’s independence referendum in September are both likely to bring heightened volatility, and could even spark mini market crises in the worst-case scenario.

SALMOND AND STERLING
The economic and market implications of Scottish independence have taken on increased prominence, with the leaders of all three Westminster parties ruling out a formal currency union in the event of a “Yes” vote. And Scottish First Minister Alex Salmond yesterday warned that such a move would impose “hundreds of millions of pounds” in costs on UK firms. As Angus Campbell of FxPro says, a lot of this can be put down to political posturing, and many of the key issues will be negotiated after the vote. But a split could nonetheless cause seismic market ripples.

“A yes vote would invoke a panic sell across some markets,” says Will Nicholls of Capital Spreads, and this could intensify if Salmond adopts the pound and sticks to his threats of not meeting Scotland’s share of the debt burden. Such a move would hit sterling and UK gilts especially hard, Ashraf Laidi of City Index explains, and would see Scotland becoming a “pariah in global credit markets.”

But if Scotland adopted an alternative currency, the implications would arguably be more worrying. First, as the table below shows, the fortunes of Scotland’s economy are highly correlated with those of the UK, and not being a part of a currency union would bring transaction costs that could “weigh heavily on growth,” argues Oliver Harvey of Deutsche Bank in a recent note. Moreover, the eventual transfer of Scotland’s share of the UK national debt into a Scottish currency could spark a market crisis, with the government heavily incentivised to monetise it. “The massive spikes in peripheral bond yields during the height of the Eurozone crisis were associated with precisely this phenomenon, as markets priced in monetary union breakup,” says Harvey.

Another concern is Scotland’s relationship with the EU in the event of a split. European Commission president Jose Manuel Barroso has said that it would be “difficult, if not impossible” for an independent Scotland to join the EU. And Laidi argues that Scottish firms would likely be hurt by losing the advantages of the Single Market. Salmond, however, wants Scotland to rejoin the EU after a Yes vote. And if it managed to do so, the current rules make euro membership compulsory. But Deutsche Bank analysis suggests that this would not be ideal – Scotland’s correlation scores with Eurozone countries were far lower than with the rest of the UK.

PARLIAMENTARY PROBLEMS
And the Eurozone may have problems of its own come the European Parliament elections in May. While increased support for eurosceptics like Ukip is familiar, research consultancy Counterpoint sees the rise of anti-establishment parties (particularly in Italy, France and Greece) as more significant at the national level. “The European Parliament will still be dominated by the mainstream political groups,” says Marley Morris. But governing parties at a domestic level, which have been attempting to push through structural reforms, could be tempted to postpone vital changes. In particular, Morris cites France – and the risk that the rising popularity of the Front National could prompt Francois Hollande to dilute labour market reforms.

“If the results come in as polls currently suggest,” says Saxo Bank chief economist Steen Jakobsen, “peripheral spreads should increase and funding should become more expensive. It will also impact the euro negatively.” But the most significant consequences could be political in nature, he says, insofar as the gaping chasm between Europe’s leaders and the opinions of voters is exposed.

RENZI THE REFORMER
This brings us back to Italy. One of Renzi’s core tasks will be reform of the country’s labour market. Alongside terrible growth, rigid restrictions prohibit flexibility and productivity improvements in the Italian economy. In December, Barclays’s Fabio Fois highlighted reforms Italy could enact to remedy this: making dismissals less costly for employers; incentivising higher workforce participation rates, especially among women (roughly 46 per cent of whom were economically inactive at the end of 2013); and deregulating private sector wage bargaining.

But Renzi, for all his youthful enthusiasm, may lack the political capital to force through such changes, especially if the popular 5-Star Movement puts further pressure on the mainstream parties in May. As Rabobank warned yesterday, there is a risk that “the initial euphoria of a young leader will fade, and the change in government will have a muted impact.” And Jakobsen argues that any serious attempt at reform in Italy is liable to be thrown off course by the smaller parties in Renzi’s coalition, who could “effectively veto any major reform at will,” leading to a spike in yields. The current optimism may yet prove complacent – Italian political risk endures.