Thousands of northerners want to break away from the UK, even as chancellor George Osborne announces new devolved powers to cities across the country.

More than 12,000 people have signed a petition calling for the north to secede from the UK and join Scotland, creating a "New Scotland" that includes Manchester, Sheffield and some of the country's major cities further north, separate to England.

"The deliberations in Westminster are becoming increasingly irrelevant to the north of England. The northern cities feel far greater affinity with their Scottish counterparts such as Glasgow and Edinburgh than with the ideologies of the London-centric south." the petition says.

The petition on change.org has picked up some serious steam since the General Election, having initially been set up before the Scottish independence referendum, with more than 7,000 supporters adding their signatures in just the last four days.

Many are also showing their support for the idea through the hashtag #TakeUsWithYouScotland. 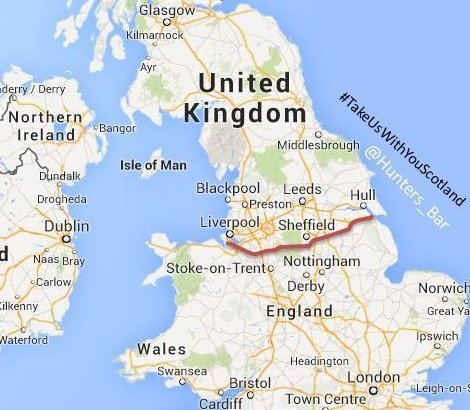 The SNP's unprecedented support across Scotland in the election, winning 56 of 59 seats, has lent even more weight to calls for decentralised powers.

Despite Scotland voting to remain part of the UK in the independence referendum last year, the prospect of a second referendum after the nationalist party's landslide victory has not been removed from the table completely.

The country won concessions from Westminster for greater devolved powers, which David Cameron promised to deliver in a speech on the steps of 10 Downing Street after winning the election.

Osborne, who touted the "northern powerhouse" in the run-up to the election, will give cities across England greater powers over housing, transport planning and policing if they elect a mayor. Manchester will be the first city to be granted the new powers.