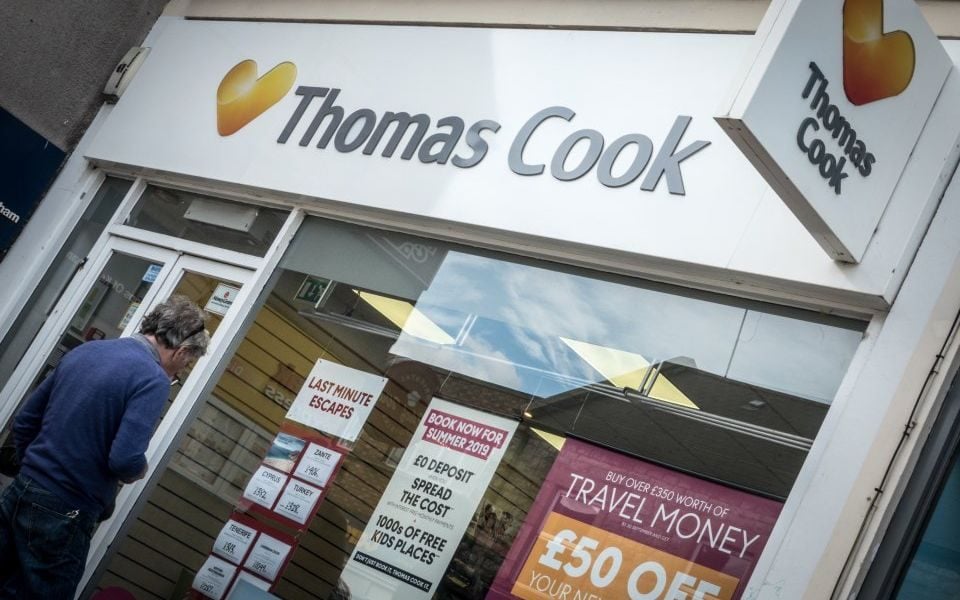 Fitch and S&P Global both slashed the firm's rating to a CCC+, meaning they both doubted the group's ability to pay its debt if the sale of its airline did not go ahead. The CCC category generally denotes that a firm is operating with substantial risks.

Thomas Cook's share price was down 5.94 per cent at the time of writing.

Previously, both agencies had rated Thomas Cook within the B rank.

Stating its reasons for the downgrade, Fitch said it feared Thomas Cook would have insufficient liquidity at the end of 2019 if it is not able to use the £300m emergency funding from its lenders.

"The company's poor liquidity position is also accentuated from negative free cash flow, which we forecast for current financial year to end-September 2019, resulting from negative working capital given the capacity reduction," Fitch said.

It added that the group's debt structure "provides it with little financial flexibility and leaves insufficient funds to develop the higher-margin own-hotel concepts and its online platform".

"While TCG owns attractive slots at airports in the UK and Germany, there is some uncertainty around the airline sale as well as the valuation and application of the net proceeds."

The revised credit ratings come after Thomas Cook last week issued a fresh profit warning and posted a huge £1.45bn loss in the six months to the end of March.

The disastrous half-year results led analysts at Citigroup to downgrade the firm’s shares to sell, describing them as “worthless”.

Last Sunday, Thomas Cook also issued a statement in a bid to allay concerns raised on social media that the firm was on the brink of collapse.

“We have the support of our lending banks and major shareholders, and just this week we agreed additional funding for our coming winter cash low period,” the company said at the time.

“We have ample resources to operate our business and at the same time, as usual, our liquidity position continues to strengthen into the summer period.”

Thomas Cook has been hit by a string of challenges, including increased competition, rising fuel prices and Brexit uncertainty, and is currently seeking a buyer for its airline division as it looks to slash its ballooning debt pile.