Theresa May to back down on Brexit backstop demands with EU 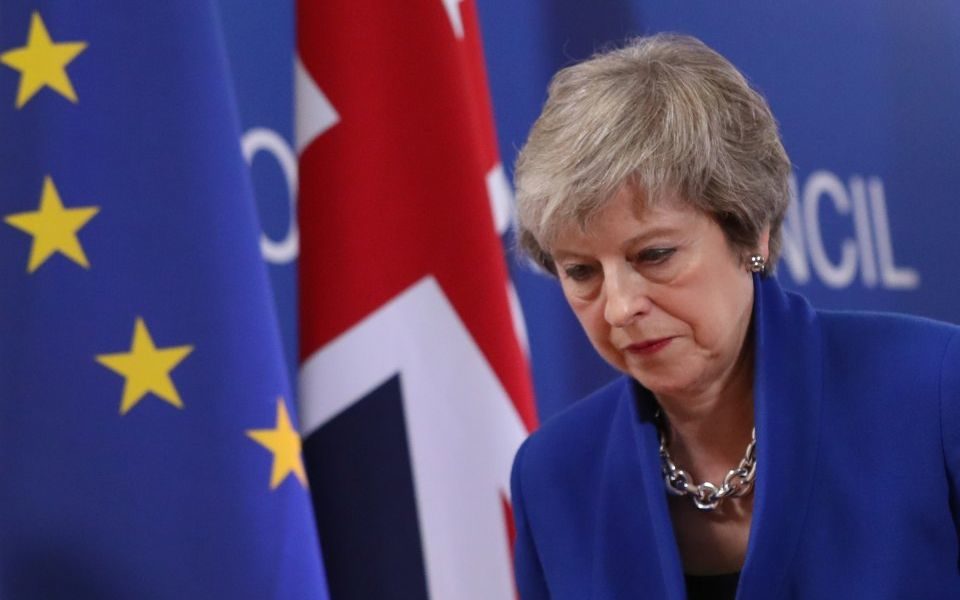 Prime Minister Theresa May is reportedly set to compromise on demands for the Brexit deal to be renegotiated, with the UK government backing down on its requests for changes to the controversial Irish border "backstop" agreement.

Brexit secretary Stephen Barclay told the EU's chief negotiator Michel Barnier that the government is not pursuing a reopening to the withdrawal agreement, when the pair held a private meeting on Monday, according to Bloomberg.

Read more: May defeated on Brexit again as anti-EU Tories desert her in Commons vote

The stance could encourage more concessions from EU officials in Brussels but risks making the deal difficult for parliament members to agree upon, particularly the pro-Brexit members of the Conservative Party who claim the backstop is unacceptable.

Those hard-right Brexiters abstained from a key parliament vote yesterday that was supposed to rule out a no-deal Brexit, as MPs decided to keep the threat of crashing out of the EU on the table.

Opting against a renegotiation would be a considerable backtrack from May, who told MPs after her deal was defeated last month that there needed to be "significant" and "legally binding" changes to the backstop agreement, and that she would reopen discussions regarding the withdrawal agreement.

EU officials have been consistent in refusing the possibility of renegotiating the deal that was struck back in November, despite its House of Commons defeat.

Barclay is reported to have told Barnier that it was not necessary to reopen the deal if they could get desired results through other means.

Bloomberg reported that the EU is willing to consider a separate document as an annexe to the Brexit deal, which would expand on the backstop agreement and possibly include review clauses and a joint commitment to explore alternatives.

Under the current deal the UK would stay in a customs union with the EU, which pro-Brexiteers fear the UK could be trapped in indefinitely.

So far the EU has rejected suggestions that it could be time-limited or have a unilateral exit guarantee.