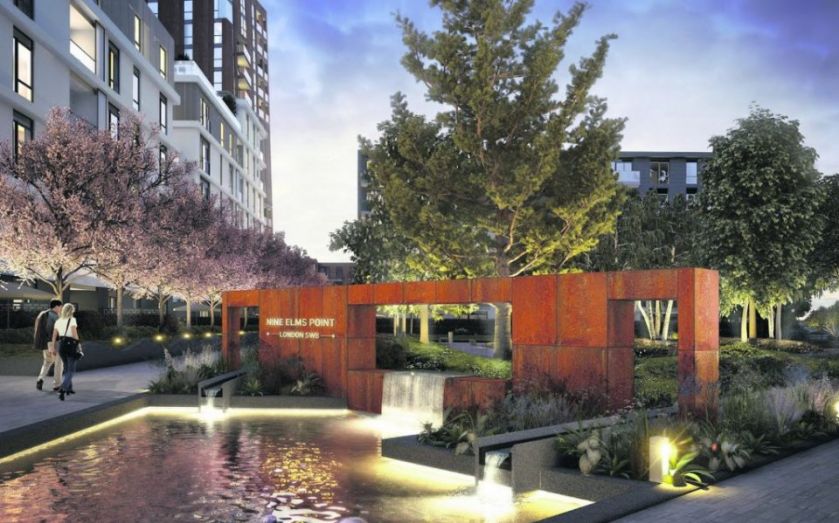 Nine Elms, a growing regeneration community in south London, will soon have a skyscraper of its own.
Everyone knows about the transformation of Battersea Power Station, but few people have paid much attention to the regeneration that’s coming to the surrounding area. Dubbed Nine Elms, the Zone One location is set to benefit from a new station that will sit on the £1.5bn extension of the Northern Line in 2019.
In anticipation, Barratt London, Britain’s most prolific housebuilder in terms of volume, is building a landmark development next to the station on Wandsworth Road that’s due to be completed in 2016. Nine Elms Point is also set to be a high-volume project, comprising 583 apartments – a mix of studio, one, two and three-bed homes and penthouses – spread across seven metallic buildings. Standing at an imposing 37-storeys, the landmark tower is the developer’s tallest residential structure to date.
“The Nine Elms neighbourhood has been earmarked by the Mayor of London has one of London’s most important regeneration stories over the next 20 years,” says Gary Patrick, regional sales  director at Barratt London. He adds that the aim was to build homes that are “attractively priced for the local area”, with prices starting around the £450,000 mark for studios. 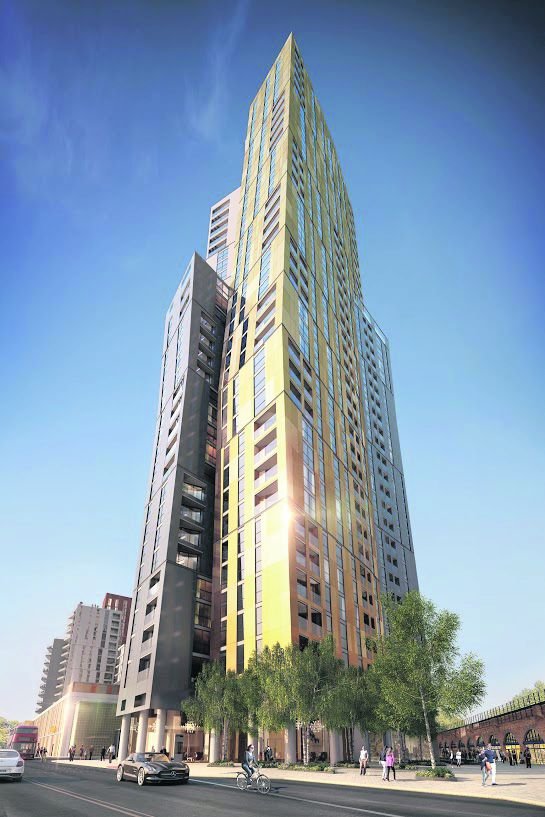 Nine Elms Point has been designed by architects Broadway Malyan, which is also responsible for another landmark skyscraper, St George Wharf Tower in Vauxhall, which is the tallest residential building in the UK at 50 storeys high. The site, which  is designed to reflect the area’s history as a foundry, is set in landscaped grounds with courtyards, elevated pathways and a water feature. As well as the new homes, the architects will also design a flagship Sainsburys superstore for the project, which Barratt London says will create 300 new jobs.
The apartments will come with underfloor heating throughout, energy-efficient downlighting, and fully-equipped kitchens with wine coolers, silestone worktops and glass splashbacks.
White Roca bathroom suites are also in the pipeline, with stainless steel Grohe fittings offset by mirrored walnut vanity units. Residents will also have access to a fitness suite, 24-hour concierge service, business centre and a private dining room available to hire for special occasions.
For more information, call the marketing suite on 0844 811 4334 or visit barrattlondon.com/nineelmspoint