The Secret River review: Edinburgh Festival hit a triumph at the National Theatre 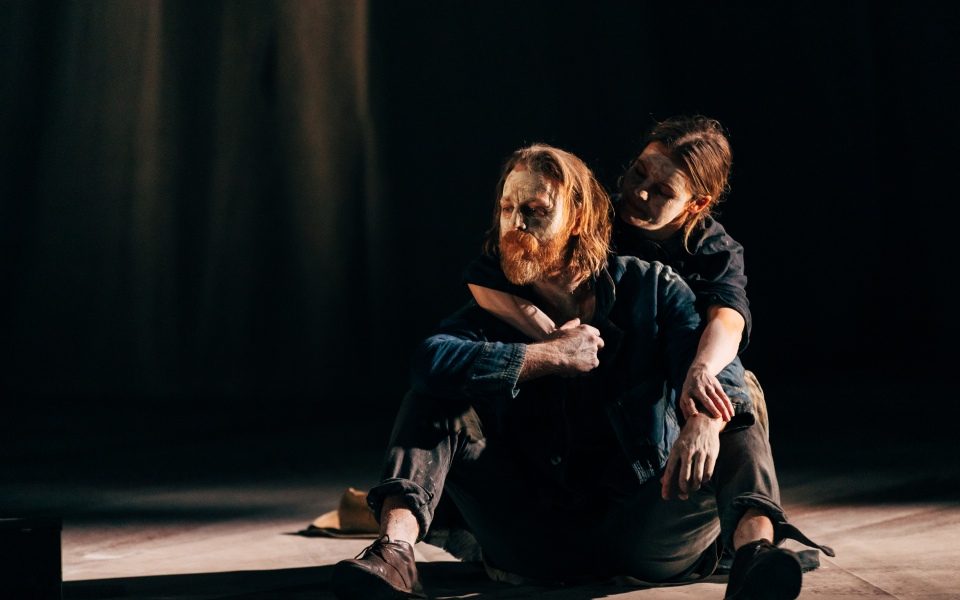 A smash at the Edinburgh Festival, The Secret River has transferred to the National Theatre. Slow-paced, thoughtful and direct, it demonstrates a basic truth; that the process of colonisation is inherently violent.

Will Thornhill was living in Dickensian poverty in early 19th century London; forced into thievery, and – like Magwitch – transported to New South Wales. We meet him in Sydney, on the day he receives his pardon. His wife, Sal, has joined him in Australia, along with their sons Willie and Dick. She encourages him to return to England as soon as they have money for passage. But Thornhill has set his sights on a 100-acre plot of land 30 miles along the coast, which he wants to develop as a farm. Unfortunately for all concerned, the land is already occupied, by the Aboriginal Dharug people.

From the first anxious encounter between the Thornhills and the Dharug, the tragic course of The Secret River is never in doubt. As the narrative flows determinedly towards its conclusion there are rapids and eddies, and steadily building intensity. The humanisation of all characters – indigenous and interloper alike – gives real emotional weight to the eventual brutality. The matter-of-fact way in which the mass slaughter of the area’s original inhabitants is approached by the settlers, and the absence of lengthy reasoning or genuine attempts at justification, reinforces the sense that the outcome was an inevitable consequence of the colonialist mindset.

Written by Andrew Bovell (who co-wrote the screenplay for Strictly Ballroom), The Secret River is based on a 2005 work of historical fiction by Kate Grenville. Director Neil Armfield’s production is economically staged, and benefits greatly from live music performed just off stage – but still in view of the audience – by its composer Iain Grandage. Grandage is also responsible for an excellent, fourth-wall breaking sight-gag. The cast is capable, and the fact that most of the Aboriginal actors are speaking in the Dharug language hardly seems like a barrier to understanding.

The Secret River’s narrow focus, on two families and a single piece of land, represents in microcosm the kinds of terrible events that must have played out for decades across the continent. Australia is beginning to examine this legacy, and as Britain talks of re-establishing ties with the Commonwealth, it might be timely for us to reflect on our own culpability, as the former colonial power.