The new King of the Jungle: Why Disney could be a spoiler for Netflix 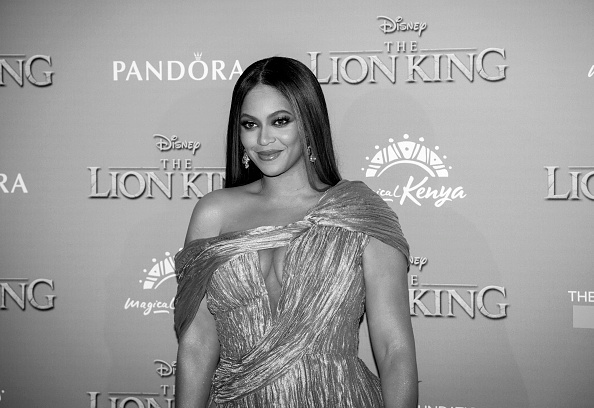 In 2017 Dana Brunetti, the producer behind hit Netflix series House of Cards, declared that appointment-viewing TV was dead. Gone were the days of scheduled programming, he said. On-demand binge-watching was here to stay.

Brunetti’s show helped propel Netflix to the forefront of the streaming landscape and, two years later, on-demand TV is now the favoured format for a majority of viewers. Figures out today from Ofcom reveal roughly half of all UK homes now subscribe to a streaming service, while broadcast TV viewing continues to decline.

But while Netflix has soaked up the growing demand in a nascent market, the next chapter will be more fragmented. Apple, Warner Media and NBC Universal have all unveiled plans to launch streaming services, while UK broadcasters BBC and ITV are hoping to get in on the action with the launch of Britbox. But it is Disney Plus – a new family-focused platform from the world’s largest entertainment company – that will have Netflix executives behind the sofa.

Read more: What do we know about Disney’s streaming service?

Disney Plus will launch in November and, at $6.99 per month, will undercut Netflix’s cheapest plan. The media giant has enjoyed rocketing box office figures thanks to investment in franchises such as Avengers, The Lion King and Toy Story, and subscribers to Disney Plus will enjoy on-demand access to all of these hits.

The company has also beefed up its TV offering, bagging the rights to The Simpsons following its $71bn acquisition of 21st Century Fox.

“Given the deep library of high quality and in-demand content, Disney Plus is in pole position to take on other streaming providers,” says Christian Polman, chief strategy officer at media consultancy firm Ebiquity.

“Its content for younger audiences may prove to be a further differentiator that makes them a ‘must have’ streaming service for families.”

Of all the legacy media groups, Disney’s depth of catalogue and appeal to such a broad demographic makes it undoubtedly the fiercest threat.

Will Netflix lose its crown?

Netflix has long dominated the streaming landscape, but its reign may be starting to falter. In its latest quarterly results, the Silicon Valley giant disappointed investors by missing targets for subscriber growth.

But Netflix is fighting a war on all fronts. Not only is it facing fresh competition, it’s also losing some of its most popular shows – including Friends and the US version of The Office – as new rivals reclaim their content.

The company will now have to double down on original programming, taking advantage of a huge trove of data from its 150m subscribers. But the question remains of whether Netflix will be overshadowed by newcomer Disney.

“Even though there has been a huge number of recent successes on the Netflix original programming side, my fear is that they can’t commission and produce enough surefire hits the way that Disney now can,” says Ash Bendelow, managing director and creative partner at creative agency Brave.

In the UK, Netflix has brokered a deal to set up a vast production hub at Shepperton Studios, as it looks to splash out more of its estimated £10bn production budget in Britain.

But analysts say the US firm may even be eyeing a takeover of ITV Studios, or the broadcaster as a whole, in an effort to scale up its content production.

“Assets are scarce as they are either already part of a wider distribution group or too indie for the content they want to create, so ITV seems like a viable option,” says Harry Read, a media analyst at Liberum.

The golden age of TV

For consumers, the future of streaming is uncertain. As media giants scramble to control distribution of their content, viewers will be forced to shop around.

But rather than pushing down prices, the increased competition will likely make subscriptions more expensive, as platforms demand premium fees for access to exclusive content.

How many different subscriptions one household can handle – and how much more consumers are willing to fork out – is the subject of much debate, and we will likely see the market settle on a few frontrunners in the coming years.

One thing is clear, however. As more and more money is pumped into programming, consumers will continue to benefit from a golden age of TV and film – it’s just a question of who controls it.