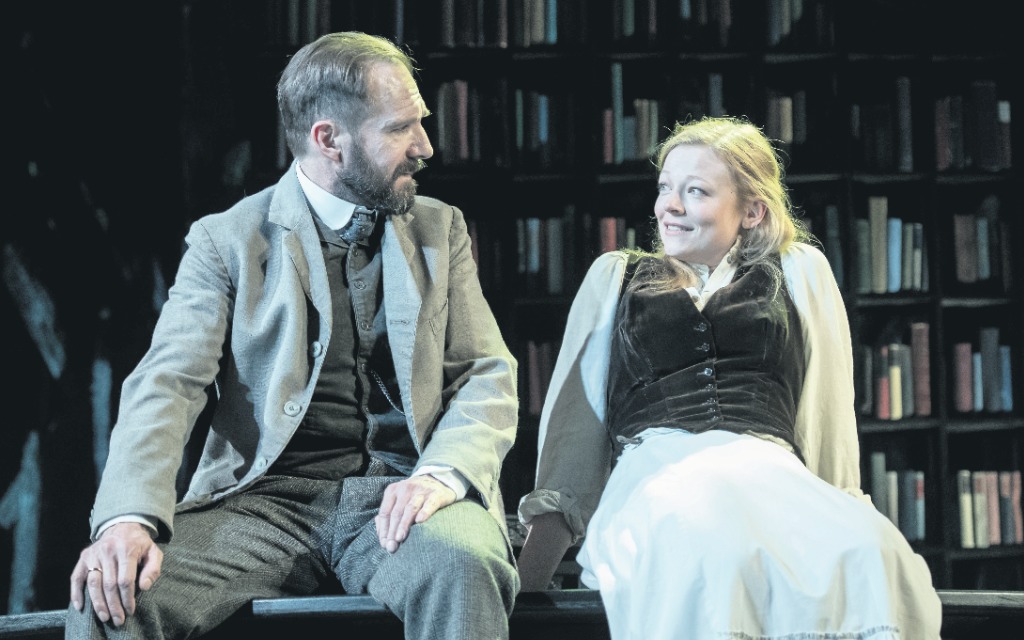 Being an Ibsen play, The Master Builder has its fair share of existential angst, with nods to the bitter futility of the human condition, which compels us to drag ourselves through the misery of life, all the while dreading the only thing that will finally relieve us of the torment. But for all its shattered dreams and lost faith and impotence – both metaphorical and literal – David Hare’s adaptation of the 1892 play feels remarkably light, displaying his customary deftness of touch and a beguiling, if troubling, eroticism.

It’s no mean feat: this is a subtle, tricky play that weaves almost imperceptibly from reality to fantasy, from conscious to subconscious; in some readings, the peripheral characters are merely figments of the protagonist’s’ wrought imagination.

On its simplest level, it’s a play about an artist – the eponymous builder Halvard Solness, played by the outstanding Ralph Fiennes – undergoing one hell of a midlife crisis. He’s unhappy in his marriage, dissatisfied with his legacy and terrified of the younger generation snapping at his heels, ready to take away everything he’s worked for, just as he once did to his mentor.

He’s brought out of his fug by the arrival of Hilde, the embodiment of spunky youth, a whirlwind of a girl who claims to have been passionately kissed by Solness when she was 12 and has now returned to claim him as her own. Back then he was a builder of grand churches, the highest in the land, one of which he theatrically “crowned” by placing a wreath on the spire. But personal tragedy caused him to abandon churches in favour of more prosaic projects, and his chronic vertigo put paid to spires and towers.

The play darts effortlessly through its near three-hour running time, helped along the way by two intervals (which I’d like to see more often during plays of this length). The set, too, is spectacular in an understated kind of way, a teetering, half-built tower of domesticity that looks prone to collapse at any moment. And, of course, at the end, it all does collapse. This is no fairytale, but neither is it a dirge.