The Indian wine market is hotting up: Meet the makers 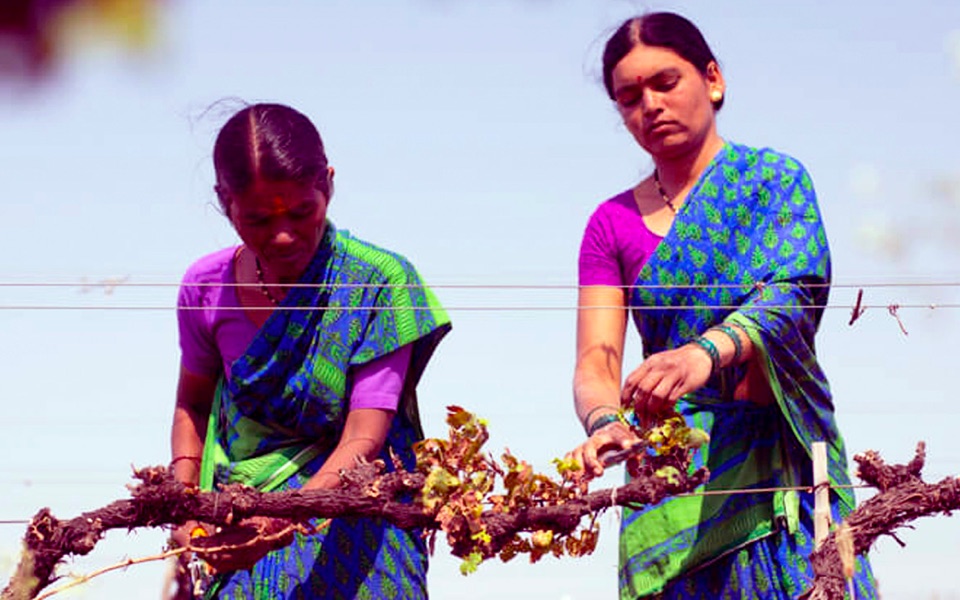 At last count, there were 17,000 Indian restaurants in the UK, but only a fraction of a fraction with anything approaching an Indian wine list. Now, the UK has its first Indian wine specialist offering a range of premium bottles curated by India’s first and so far only official Master of Wines.

Read more: Cement the Special Relationship with some American Whiskey

Wines in India, co-founded by Mayank Gupta, Chris Holland and Nilesh Kamble, has collaborated with that wine master, Sonal Holland, to overturn misconceptions about Indian wine. A graduate of the University of Mumbai, in 2016 Solan became a MW at London’s Institute of Master of Wines. “I reinvented myself in a new avatar as a wine-entrepreneur. I saw the opportunities that existed for a qualified wine professional in the nascent Indian wine industry,” says Holland, whose mission is to demystify wines in a land of whiskey lovers and overturn the scepticism outside of it.

In theory, at least, that job shouldn’t be too difficult. India grows more grapes than Australia, although most of them are eaten fresh or sold as raisins; out of a million tonnes of grapes, only a tiny fraction become wine. But Indian wine is getting better all the time. International winemakers are tentatively becoming involved in the country’s growing wine industry, and that’s starting to pay off in the form of award winning wines. There are now wine bars around India and wine trails around Nashik – the Napa Valley of India – where 40 wineries are based, just 200km from Mumbai and Pune.

“Our key strategy will be one of education, with a series of Instagram Live tastings and interviews planned as well as partnering with 67 Pall Mall on its webinar series,” says Chris Holland. Wines In India will exhibit at this year’s London Wine Show. It will also host a masterclass for retailers and sommeliers.

The producers – all  from Maharashtra – are Reveilo’s Yatin and Kiran Patil, who first planted Sangiovese, Nero d’Avola and Grillo grape varieties in India; Barossa Valley-trained winemaker and accountant Ashwin Rodrigues’s Good Drop Cellars based in York; Charosa Estates; and Vallonne, the first Indian vineyard to release a Malbec. Italian winemaker Andrea Valentunuzzi has been involved at Reveilo and Piero Masi at Fratelli, another producer making wines in Akluj in Maharashtra’s sugar belt. Their Cabernet Sauvignon is recommended with roast duck and slow-braised lamb shanks as well as spaghetti.

Wines In India already has listings with Wine Monkey, Winebound and The Grape Slayer. A new player has entered the fine wine market, marking an exciting new chapter in the Indian wine trade.

For more information go to Wines In India.