The best films, art and theatre from now till Easter, from Andy Warhol to Margot Robbie 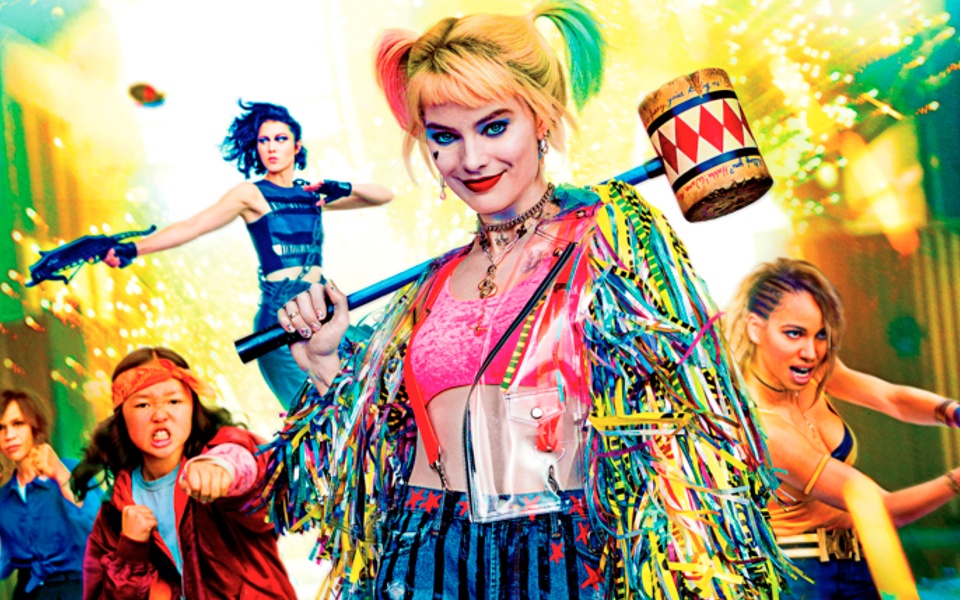 With the best will in the world, DC’s comic caper Suicide Squad was not a good movie. It was, in fact, a proper stinker, and the fact it grossed three quarters of a billion at the box office says more about the likes of you and I than it does David Ayer’s film.

But it did have one saving grace: Margot Robbie. The star of Once Upon a Time in Hollywood and I, Tonya brought enough charisma to the role of Harley Quinn to make entire scenes almost completely watchable, and in doing so earned herself a spin-off movie entitled Birds of Prey (and the Fantabulous Emancipation of One Harley Quinn).

Directed by Cathy Yan and written by Christina Hodson, the female-focused film promises to move away from the icky men’s rights activist vibe of Suicide Squad, charting Quinn’s life after splitting from former beau The Joker.

While another instalment in DC’s extended universe is hardly cause for anticipation these days, Birds of Prey could be the movie to break the mould. And even if it’s not, Robbie will no doubt prevent it from being a total write-off.

This new play by Lucy Kirkwood – the writer of The Children and Mosquitos – is our pick of the National Theatre’s early 2020 calendar. It’s the story of a woman sentenced to death for a terrible murder who attempts to avoid the noose by claiming she’s pregnant.

Starring Maxine Peake as protagonist Lizzy Luke, it promises to be a gloriously sombre affair, and an early contender for awards come the end of the year.

Cirque du Soleil is a true global phenomena, with the 35-year-old circus and acrobatics troupe taking their larger than life shows on tour across the world, from Las Vegas to Tokyo.

The company’s latest show is Luzia, a celebration of the “faces and sounds of Mexico”. Taking place at the Royal Albert Hall, it promises to incorporate indoor rain into the act, a first for the company, as well as the usual death-defying stunts and impossible feats of balance and choreography. A must for circus fans of all ages.

Steve McQueen rose to fame after winning the Turner Prize in 1999. Since then the artist has shown an uncanny ability to move from medium to medium, winning an Oscar for his harrowing drama 12 Years a Slave. His most recent project was photographing 76,146 year 3 children from 1,504 schools across London and was displayed on billboards across the capital, as well as the walls of the Tate Britain. This first major retrospective in 20 years will bring together 14 major works spanning film, photography and sculpture.

Continuing the trend for gender-swapping roles in classic plays, Faustus: That Damned Woman at the Lyric Hammersmith reimagines Christopher Marlowe’s Elizabethan tragedy Doctor Faustus, placing Johanna at the heart of the drama. After striking a deal with the devil, she’s able to roam through time, changing the course of history. Caroline Byrne directs playwright Chris Bush’s play, with Jodie McNee taking the title role.

The release of a new Pixar movie isn’t quite the cinematic event it was in the studio’s heyday, when the likes of Toy Story and Finding Nemo were met with unanimous praise from both fans and critics. Even so, Onward looks promising. Billed as an “urban fantasy” it’s set in a world where magic is being slowly replaced by science and machinery. With a stellar voice cast including Tom Holland, Chris Pratt, Julia Louis-Dreyfus, and Octavia Spencer and directed by animation veteran Dan Scanlon, there are high hopes for this one.

One of the most hotly anticipated exhibitions of the year, the Tate Modern will hold a major retrospective work of the world’s most famous pop artist. Promising to present a “fresh look” at the artist, delving into his personal story as a shy Catholic from a working-class immigrant family who became the most unlikely of cultural superstars.

Works on display will include his pop images of Marilyn Monroe, Coca-Cola and Campbell’s Soup Cans, as well as examples of his multimedia work and early paintings. A must-see for modern art fans.