The best (and weirdest) new gadgets from CES 2020 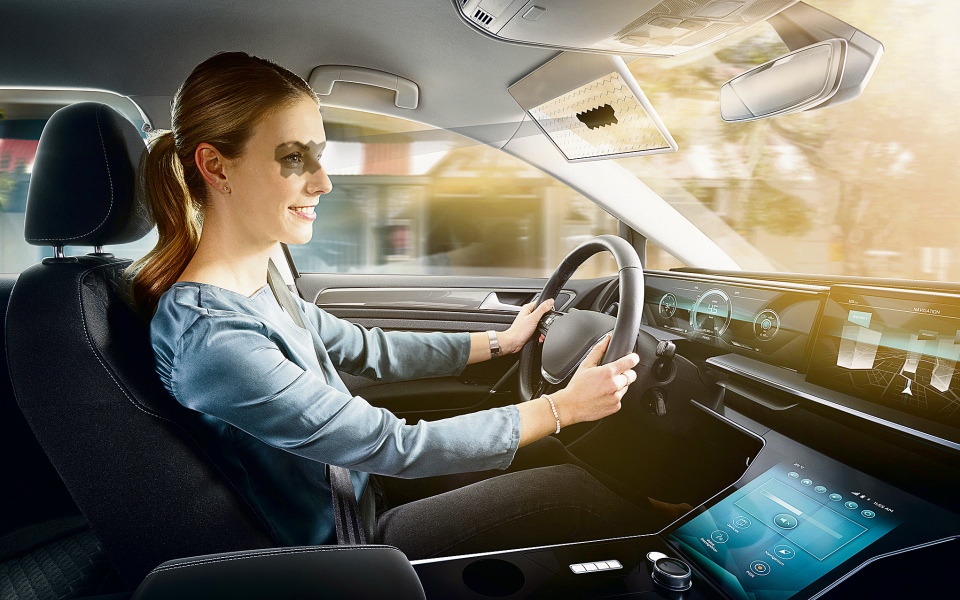 As difficult as it is to believe, 2019 has actually ended, slinking out of time’s backdoor like a scolded cat and into the history books under a chapter titled ‘Bloopers and Outtakes’.

Of course, the annual changing of the calendar guards heralds many things – reflection, resolution, vegan steak bakes – but it’s also a time to consider the incredible advancements made by the world’s biggest tech companies, which have been working tirelessly around the clock to make our televisions a few inches larger again.

The annual CES trade show in Vegas is the venue for the consumer technology industry’s biggest players to show off new and upcoming gadgets and concepts. From rotating tellies to a friendly robot who’ll bring you some toilet roll whenever you’re caught short, here’s our selection of the thin stratum of landfill that will one day denote to future archaeologists that they have drilled down as far back as the year 2020.

The war against bezels (in which the peaceful bezels are yet to retaliate) reaches new heights this year. The belligerents at Samsung have shrunk the bezels of the upcoming Q950TS 8K television enough to claim an outright victory against bezel ideology in all its forms. The new display goes right up to the very edge, where there is in fact – do our eyes deceive us? – a teeny, tiny bezel. Presumably too small for their marketing team to have noticed.

Samsung’s new Sero television (picture 2) still has bezels, but can automatically rotate 90 degrees to display vertical videos from your Snapchats and your TikToks and what-have-you. No more manually tipping your television on its side to watch viral YouTube videos. And in extremely large telly news, Samsung’s 292 inch monstrosity is the biggest known to science. It is called, rather ominously, The Wall (picture 7).

With its Vision-S electric concept car, Sony dares to imagine what it might be like if a consumer electronics and entertainment giant took a bunch of fancy tech and crammed them into a box with wheels on it. Sony’s car is dripping in widescreen displays and camera sensors, and will almost certainly never see production.

Taking a small break from washing machines, Bosch has had the great idea to develop a smart sun-visor for cars, which uses eye-tracking cameras and e-ink glass to block only the sun itself from your vision, leaving everything else unobscured.

Hyundai and Uber revealed the S-A1 flying taxi, a concept vehicle they say could be in operation by 2023. It flies at speeds of 180mph, at an altitude of 2,000ft, and should keep investors happy for another few months.

Driven by a sense of childlike curiosity, high-end PC manufacturer Alienware has taken a high-performance gaming PC and squished it into the shape of a Nintendo Switch, so you can play Red Dead Redemption 2 on the toilet with all the settings turned up. The Concept UFO is just a prototype for now.

With Lenovo’s ThinkPad X1 Fold, the craze for folding phones has reached laptops. This is a tablet that closes shut like a book, with one half of the screen becoming a keyboard when placed on a desk. Dell also presented its own folding laptop, the Concept Ori – yet more evidence that the industry has become far too excited about flexible screens.

The real focus at CES this year was the bathroom, where titans of the industry wrestled (not literally, that would be unhygienic) to bring their latest WC gadgets to market.

In the interest of advancing society, Kohl has embedded a smart speaker into its new Moxie showerhead, so you can speak to Alexa about the weather while you scrub yourself. Bathrooms are the final frontier of our virtual assistants, who until now could only listen from afar and wonder what it is we humans do in there. With the Moxie showerhead, Amazon and Google may lay claim to the remaining shred of privacy and dignity we had been naively holding on to.

And with that dignity fully eroded, what better time for Charmin to reveal that its top engineers have been working on an artificial intelligence that can fetch toilet roll for you? This is useful, as long as you are concerned enough about running out of toilet paper that you spend hundreds of pounds on a special toilet paper fetching robot, but not so concerned that you wouldn’t go for a poo without first checking there was enough toilet paper.

French smart home company Mateo is similarly focused on your bottom, primarily how much of it there is. Its smart weighing scales are disguised as a fluffy bathroom mat, and are accurate enough to detect not just your weight but your posture too, telling you off for slouching every time you step out of the shower.

Samsung’s CES keynote address was at its most Bond villainesque when president Hyunsuk Kim declared that consumers had unwittingly entered “the age of experience”, before failing to elaborate on what that might entail exactly. Would we need to change our clocks? Should we let the post office know?

The confusion was further compounded by the announcement that a key part of this age of experience will be Samsung’s Ballie, a tennis-ball sized yellow sphere that follows you around your home. This friendly droid can gaze at you longingly through its built-in camera, annoy pets, respond to your voice and offers companionship in this increasingly strange and gadget infested world.