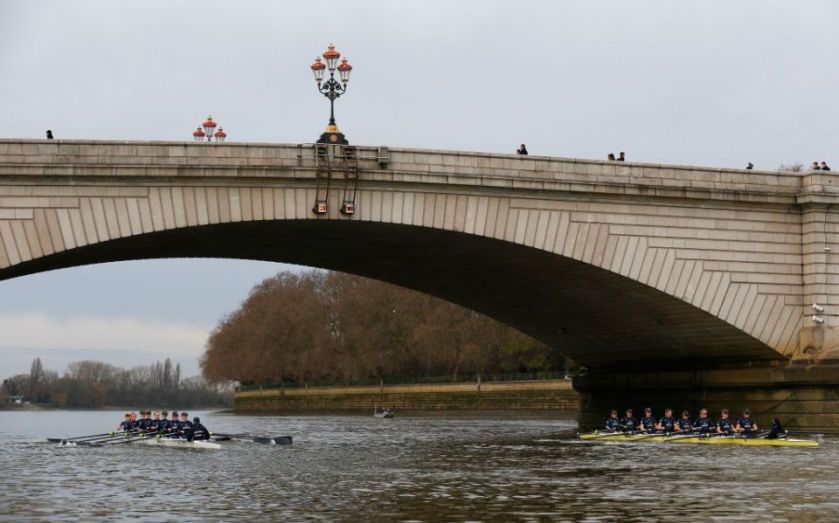 The Environment Agency has issued a flood alert for the Thames over the next few days, warning that riverside properties from Putney Bridge to Teddington Weir could be affected.

The Thames Barrier forecasting and response team is predicting that the first of what it calls “very high tides” is expected this afternoon.
That will be repeated tomorrow and this weekend, the team said.
https://twitter.com/AlanBarrierEA/status/568022522911952896
https://twitter.com/AlanBarrierEA/status/568319117176000512
Locations potentially affected by flooding are

The chances of London being flooded appear to be growing with quite an alarming pace. The Thames Barrier, which became operational in 1982, has been closed 174 times , often as a way of protecting against tidal or river flooding.
The frequency of closures has increased decade-by-decade. In the 1980s there were just four closures. That rose to 35 in the 1990s and 75 in the 2000s.
So far this decade – or rather, until March 2014 when the most recent data is available – there have been 65 closures.
And some of London's most iconic landmarks are on the Environment Agency's “at risk” list, including the Houses of Parliament, Whitehall, City Hall, Canary Wharf, Westminster Abbey, the Tower of London, Kew Gardens and the O2 Arena.
Share
Tags: NULL