Millions of commuters have struggled to make their way around the capital during today's strike, which has forced many passengers to discover various other forms of transport other than the Tube.

Now attempting to make their journeys home by bus, bike, rail, road, Overground and on foot, here's how the transport network has fared today. 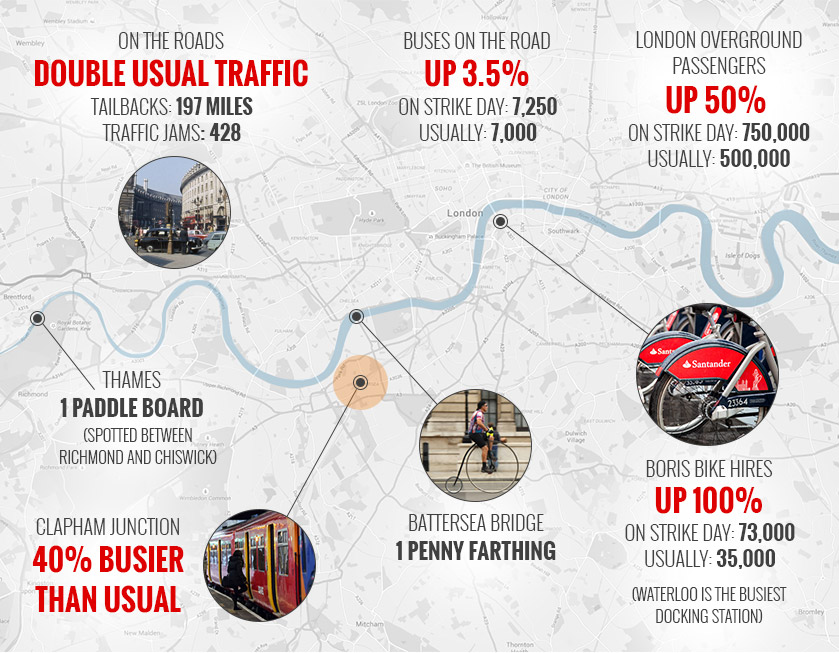 The most creative ways of combating the strike action were spotted in west London.

A Penny Farthing was wheeled out by one gentleman crossing Battersea Bridge (not by a hipster in Shoreditch, surprisingly) while another turned to the Thames to take a Paddle board ride between Richmond and Chiswick.

Rows of empty Tube trains could be seen lined up at the depots, while Boris bikes piled up in busy areas such as Soho and St Paul's – more than double the number of bike hires are expected to take place, as they did during the previous strike.