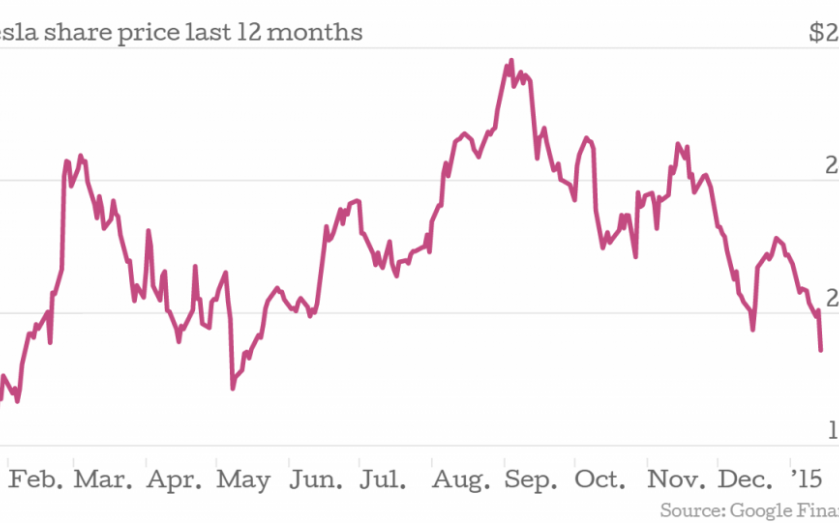 Shares in Tesla have dropped over six per cent today, tumbling below $200 a share after comments from its high-profile founder, Elon Musk.

Musk, seen as a rockstar investor and chief executive, told journalists at the Detroit Auto show that  Tesla’s sales in China were underwhelming in the fourth quarter, giving investors a nasty case of the jitters. Musk went on to say that the sales were likely the result of misconceptions regarding the ease of recharging, leading to yet more misconceptions about the range of the electric vehicles.

Stocks turned tail and sank 6 per cent in after-hours trading, leaving the company staring up at the massive $292 a share it could boast in Septemeber.At the time of writing, shares were trading for $191, 6.43 per cent down. At one stage they were as low as £188.

Tesla will report its fourth quarter earnings next month, which will give definitive answer regarding how it stands compared to its 2014 targets. It’s top-end car, the model S, has sold reasonably well according to reports, but the jury is out on whether the company will manage to shift the 33,000 vehicles Musk named as his 2014 target.