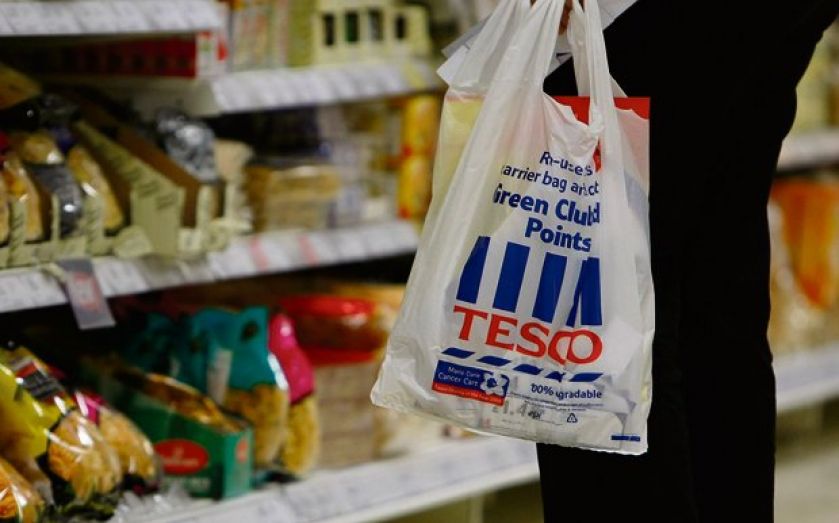 It’s another dark day for Tesco.

The supermarket's estimated £250m profit black hole was even larger than expected at £263m, £70m of which came prior to the period it initially identified as problematic.

Profits collapsed 91.9 per cent as it took the hit of the accounting error, it completely ditched its forecasts, cash flow was down, its pension deficit was up, as was net debt, and (not surprisingly) it cut its dividend.

While the supermarket has been transparent about where it stands, many unanswered questions remain.

Here's what the analysts say.

The headline figures were ahead of our expectations, although the task of recovering competitiveness in the UK, strengthening the balance sheet through asset sales and rebuilding the brand with suppliers and customers could take time and is dependent on the macro inflation and strength of the consumer recovery.

The UK trading margin of 2.34per cent, which was down 283bps, marks a substantial shift down since last year at 5.17 per cent and, we believe, it is worth understanding what movements in gross margin and cost/sales has created this deleverage effect in UK profit.

To us, it seems unusual that £600m of lower UK sales has led to £632m of lower trading profit which indicates a big upward movement in cost/sales and hence a need for significant cost cutting.

Management will need to focus on UK trading ahead of the important Christmas period to make sure availability and promotional offers are executed. The profit outlook now depends on what route Dave Lewis intends to take to rebuild sales and reconnect with its customer base and lapsed loyal shoppers. First, we believe, he needs to simplify the business via UK and International asset sales, then reconnect with suppliers by changing payment terms and lowering his cost of goods and then start on the long road to rebuilding the Tesco brand with shoppers.

Tesco has the most developed multi format strategy and is well placed in the convenience market so should benefit from this growth, but will need, in our view, to redeploy space in hypermarkets to more productive use. All this could take several years but we see some easy wins on costs and cost of goods.

Even after this classic example of kitchen sinking, it remains impossible to gauge whether today is Tesco’s nadir…. the next stage of the process is a regulatory review which is a further distraction. Of particular concern are the outlook comments – on the one hand, Tesco is not providing full year guidance at all, whilst the possibility of a rights issue has not been discounted. The company is clearly prepared to take decisive steps in an effort to stem the financial bleeding, but the unforgiving trading environment and changing consumer habits will make any turnaround even more challenging. Amidst all the uncertainty, one thing is clear. The market consensus is that the shares are a sell.

There is a lot to digest … but to me the key is the fact that revenue is falling faster than costs. 1H 2014 revenue of £30.473bn down 4.5% from £31.914bn but costs are barely cut at all from £29.5bn to £29.2bn (down 1 per cent).  Tesco needs to take an axe to costs now.  It desperately needs to restore profitability and part of that is to slash its cost base. I see little evidence of this happening and fear that Dave Lewis is not a cost slasher.

A trading margin of 2.43 per cent is not enough to close the pricing differential with the discounters which are 20-25 per cent cheaper. This is why cost cutting is so essential.

But Dave Lewis is a marketing man – a Brand manager. He worked at Unilever for 27 years. This is a man who invests in "brands", who debates "core values" the brand represents.  A man who will have searched for the exact pantone colour best symbolises a particular brand.  He is not a cost cutter.

A record 92 per cent decline in pre-tax profits in the first half of the year and a fall in organic British sales described as the worst performance in 40 years does not sit well with traders across the city!… Why would anyone take a risk on a company that continues to disappoint in this manner? Fortune often favours the brave, but the stupid?

Tesco has had quite a few years of challenge and disappointment. However, we can never recall a period so damaging to the reputation of the company as H1 FY2015. That a powerhouse of international retailing was reduced to a rudder less corporate entity where downgrade followed downgrade, executive followed executive out of the business, with no effective succession planning, capped by a material accounting issue, reflects to a detrimental extent, to our minds, upon those who are the guardians of Tesco on behalf of its owners.

Tesco is not in a position to offer full year profit guidance and management states the need to create head room for the future. As such there is a further risk of earnings downgrades to our minds with management demonstrably signalling that customers must come first.

Management is conducting a strategic review. No mention is made of the team that will be needed to take Tesco forward. That protecting the balance sheet is a key priority may heighten speculation that asset disposals of some sort may feature in future plans.