Britain's beleaguered supermarkets have slashed the amount of cash they are spending on advertising over Christmas this year, with Tesco and Sainsbury's cutting budgets by as much as 30 per cent.

Troubled Tesco made the biggest cuts to its festive advertising, spending almost £3m less in a four week run up to the big day compared to last year. Sainsbury's spend fell by £2.89m, according to Neilsen data, published in Marketing.

Both supermarkets accounted for 88 per cent of the overall £6.63m fall in spending in the build up to the 2015 festive season. 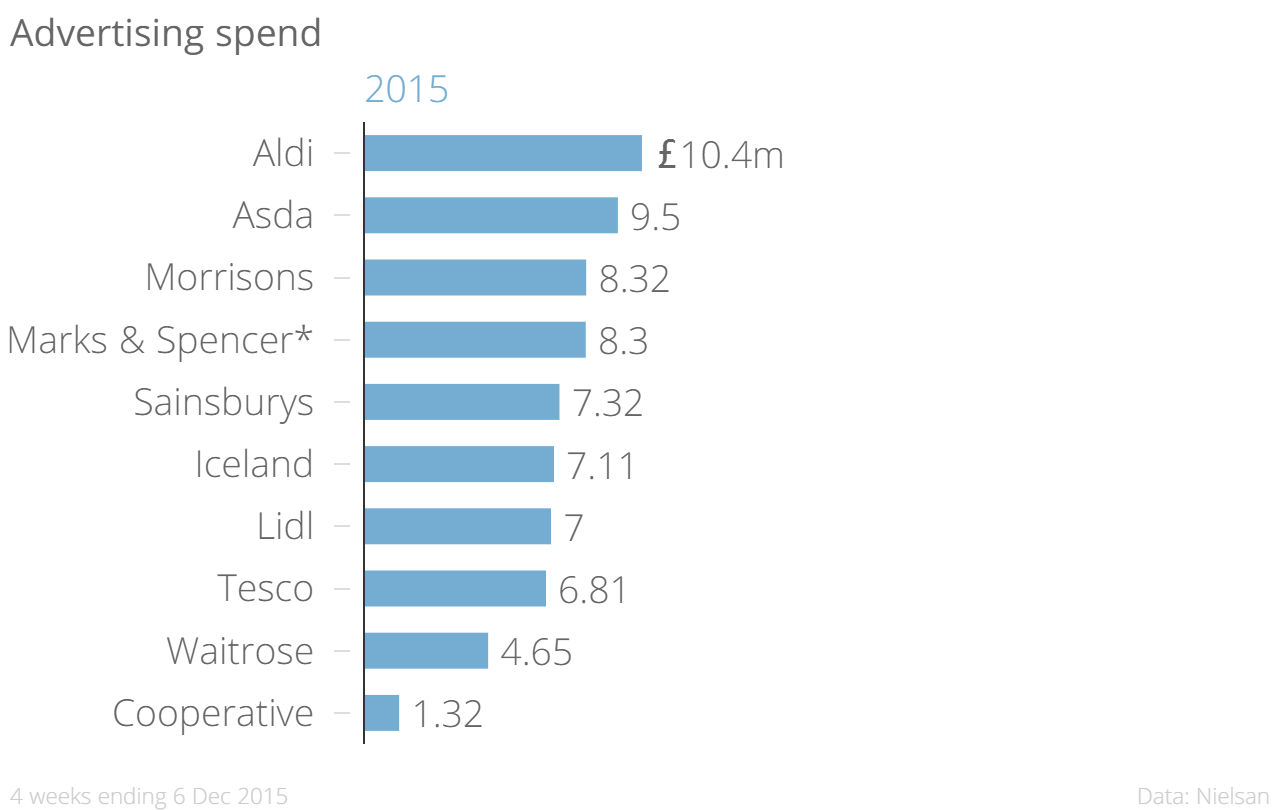 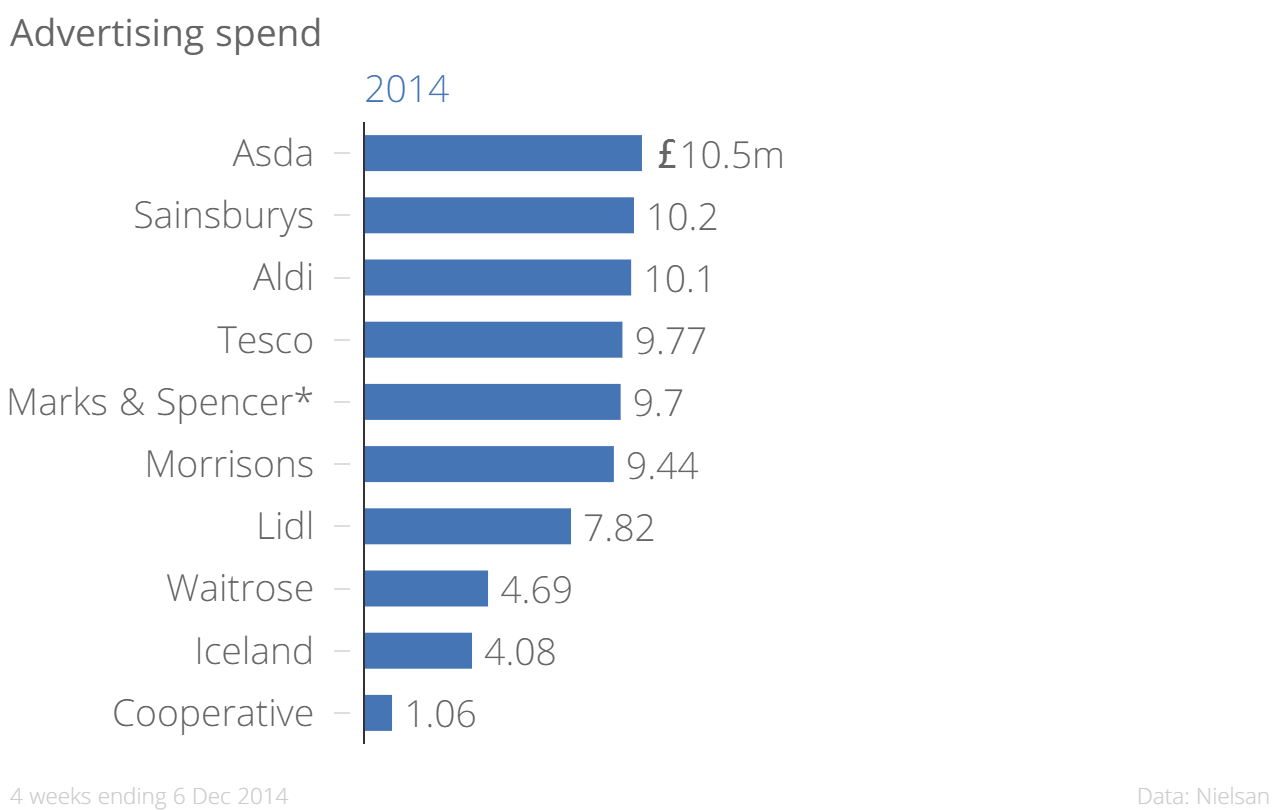 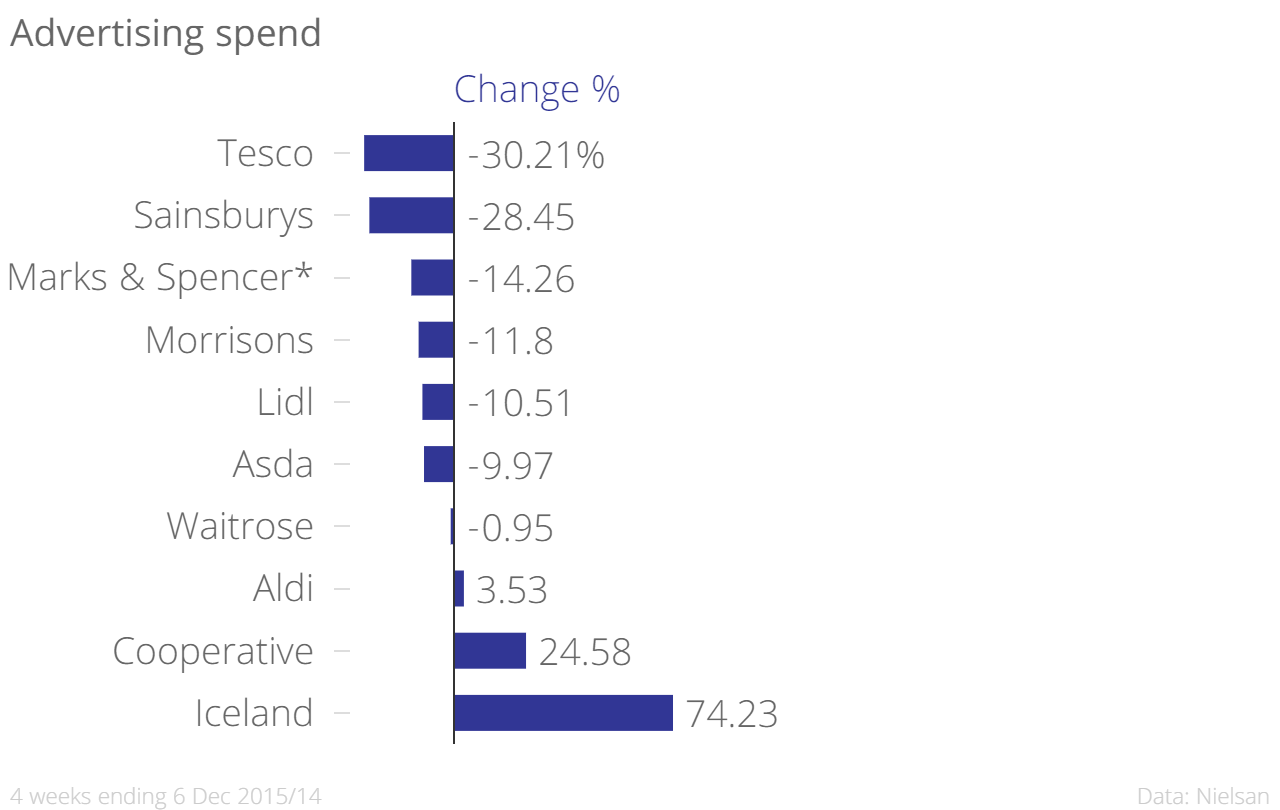 The latest figures on grocery spend suggest it's Sainsbury's which is set to be the big winner, however. The latest figures from Kantar Worldpanel put the Mog-fronted supermarket ahead in the 12 weeks to 6 December despite the fall in advertising spend.

Big four rivals Aldi and Lidl were also reserved. Aldi's spending increased just 3.5 per cent on last year, however that marginal increase saw it leap to the top of the biggest supermarket ad spenders. Meanwhile Lidl's declined more than 10 per cent and Iceland splashed the cash with a budget nearly three quarters bigger than last year.

Nielsen's UK head of retailer and business and insight Mike Watkins told Marketing  that print advertising fell the most – down 31 per cent compared to a four per cent rise for TV.

"Also, it could be because supermarkets are leaving their advertising later to reflect the fact that consumers are doing their shopping later. This year, 60% are planning to do their main grocery shop in the week before Christmas," he said.