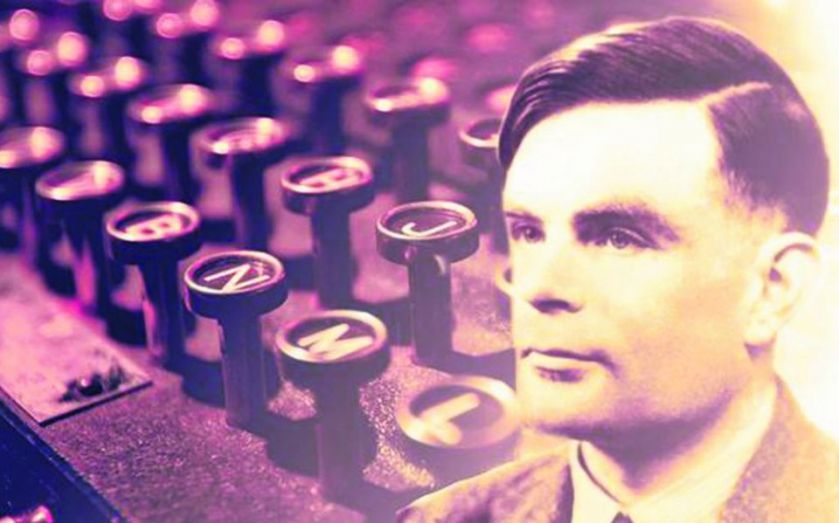 Necessity, they say, is the mother of invention, and it’s hard to think of a time when a society is under more pressure than during a war. It should come as no surprise, then, that many of the every-day technologies we take for granted were developed during periods of global conflict. From the radar systems used in air travel to x-rays to basic knowledge about nutrition, war accelerated progress in a number of fields.
Worlds away from the front-lines, academics and scientists worked tirelessly to support the war effort. On a day when we come together to remember the dead, it seems fitting to also commemorate the work of those who did so much to hasten war’s end. This Friday, the long-awaited biopic of celebrated mathematician and code-breaker Alan Turing is released. The Imitation Game shows how the eccentric Turing battled suspicion and prejudice in order to break the enigma code at Bletchley Park during the Second World War. The code-breaking machine built by Turing is considered by many to be the first modern computer, and academics estimate that it shortened the war by a full two years. Today it was also announced that next year there is to be a major exhibition at the Science Museum commemorating the anniversary of the death of Winston Churchill. The exhibition will highlight Churchill’s often overlooked interest in technology, and examine the role played by science in securing victory for the Allies. Here are a select few of the scientists who made great advances in the face of adversity.

From his workshop in Bletchley Park, Alan Turing saved more lives during World War Two than anyone else – 14m is the sum offered by some academics, who estimate his code-breaking activity shortened the war by two years. The Enigma machine was the most advanced encrypting device ever seen. Many assumed it was impossible to break, but Turing managed it by creating the“bombe”machine, which could test thousands of combinations a second. He should have been hailed as a hero, but seven years after the end of the war he was arrested and convicted of gross indecency after admitting to homosexual activity. To avoid going to jail, Turing underwent chemical castration and committed suicide in 1954. 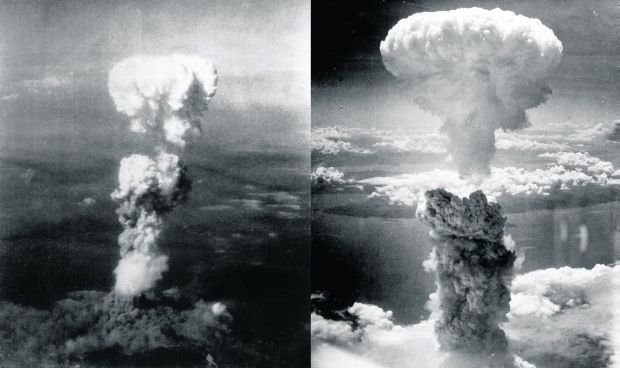 Oppenheimer's research paved the way for the first atomic bomb

Led by the physicist Robert Oppenheimer, the Manhattan Project was the research programme that paved the way for the first atom bomb. Beginning in 1939, the project eventually employed 130,000 people, costing $26bn in today’s money. The first detonation of a nuclear weapon took place in New Mexico July 1945. Two months later, the Japanese cities of Hiroshima and Nagasaki were bombed, bringing the Second World War to a close.

Widdowson and McCance's book remains the standard work on nutrition

Nutritionist Elsie Widdowson and her partner Robert McCance tested the austere war diet on themselves (they ate only cabbage, bread and potatoes for months) and recorded their findings in the seminal The Composition of Foods. This book remains the standard work on nutrition and underpins modern nutritional thinking. The work showed it was possible to remain healthy on a restricted diet, provided one also consumed calcium and other vitamin supplements.

Dorothy Hodgkin worked out the structure of penicillin in 1945

While the concept of x-rays had been discovered in the 19th century, Dorothy Hodgkin made incredible progress in the field. She managed to create a system that could discern the three-dimensional structure of compounds by firing x-rays through special crystals. In 1945 she worked out the structure of penicillin, enabling pharmacologists to develop drugs that would help save the lives of thousands of soldiers returning from the war.

The relative of steam engine inventor James Watt had been working on his Radio Detection and Ranging (Radar) technology since 1915 but it came to life as World War Two became a certainty. The British Air Ministry became interested in the idea of using radio waves to create a “death-ray”. This didn’t pan out but Watson-Watt instead created a system to effectively track aircraft. After extensive tests the technology could detect aircraft up to 100 miles away by bouncing radio waves off them and gauging the distance. Radar is now thought to have tipped the Battle of Britain in favour of the British by providing advance warning of Luftwaffe attacks.

Germany was the first country to successfully use jet engines in their deadly Messerschmitt ME 262 fighter jet and Arado Ar 234 bomber, but an Englishman had developed the technology years earlier. RAF engineer Sir Frank Whittle developed the engine but received limited interest from the armed forces. He set up a private company instead and worked on a prototype, which was eventually noticed by the airforce and rolled out in thousands of subsequent aircraft.