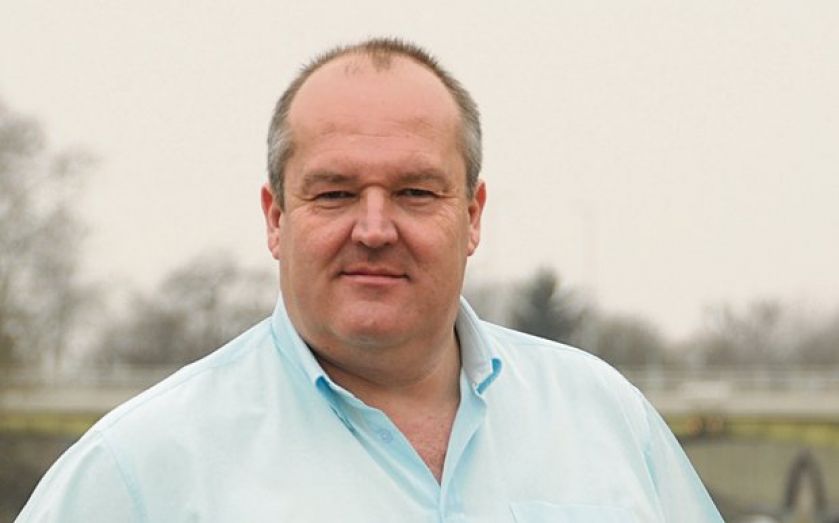 WANDER down any street and it will instantly become clear just how far the telecoms industry has changed in the past decade. A growing minority of households has now gone mobile-only, in Britain and elsewhere.

But in business, Paul Lees – founder of the conference calling firm Powwownow – thinks the trusty telephone still has its place. “The nice thing about an audio conference call is that it’s accessible. And other technologies, which require computers and internet connections, are not as bomb-proof reliable as a conference call. Time lost – from calls breaking down – is money. What’s more, our figures show the market is growing quickly – at around 10 to 12 per cent a year.”

In 2004, he spotted a gap in the conference call market for a hassle-free, inexpensive service. By then, the former BT programme manager was working on his first business, ViewsCast, and conference calls were expensive. It only took one, hour-long £40 phone call for Lees to decide which industry his second venture would operate in.

When ViewsCast was sold, Lees carried out extensive market research. He saw that companies in the US, like Freeconference.com, were charging customers the same price for a conference call as a long-distance call, with no fee for the “bridging”. And since 2004, Lees has been building a UK business based on that very premise.

STAYING COMPETITIVE
Powwownow targets the SME market (“it is less competitive”), with the typical customer spending about £140 annually on the service. In the first year, however, those users are only worth around £40 to £45 to the company. Lees needed a model that could acquire customers for less than £40. Initially, he used email shops and Google Pay Per Click to get the business off the ground.

But while marketing is notoriously expensive, the firm was bootstrapped for the first few years by Lees and co-founder Andy Pearce – both of whom had recently sold companies. Powwownow broke even in its early years, with everything put back into marketing. “It took four years until we felt comfortable taking profits out.”

At a certain point, however, came the need to “build a brand. It was one of the biggest decisions we’ve made, because no longer were we spending money on things that were direct-response related. For a period, that was our entire strategy – to have a name people knew and a brand ethos.” And as the firm scaled up, the other big challenge was growing its team from four to 60. “With that comes the difficulty of building an officer class. And unfortunately, the people who started at the beginning were not always the right people to run departments.”

SCALING UP
The company’s growth remained organic until 2010. But when the government launched a new business lending scheme, Powwownow received a £2.5m loan from Barclays to help buy competitor Conference Genie. The following year, the need to diversify intensified, and Yuuyuu – founded by Anish Kapoor in 2007, and which had 300,000 users – offered the perfect opportunity for another acquisition.

Today, Powwownow runs around one in 20 of all UK conference calls, with 4,500 to 5,000 taking place at any given time. It’s a huge technical feat, with “a lot of equipment required to run those calls. We’ve had big issues buying commercial hardware.” Expected turnover in 2014 is £16m, with more than £5m profit. But while building a brand was Lees’s greatest business achievement, in 2011 he made his greatest error.

The company ran a social media campaign, Love Hate Travel. “It was designed to be stand-alone from the brand, but with a pull-through from that community to Powwownow as a service for people who had difficulties travelling. We spent a few hundred thousand pounds on a campaign that returned very little result.” But Lees is matter-of-fact. “Was it the biggest mistake we’ve made? Yes. But it wasn’t a game-changer. It just made us very uncomfortable for a few months.”

PEARLS OF WISDOM
And Lees’s advice to budding entrepreneurs? Business founders, he says, must be certain their idea is “big enough. As a rule of thumb, be sure the idea can make £1,000 a day. It may take you three years to get there, but if it’s not a business that can run at that size, it’s not a business. It’s a lifestyle decision.” But equally important? Don’t always listen to the advice you’re given, he adds.

First ambition: To be a lifeguard

Least likely to say: “Let’s have a breakfast meeting”