Tech titans bed down in London: Why Brexit won't be bringing about a 'techxodus' any time soon 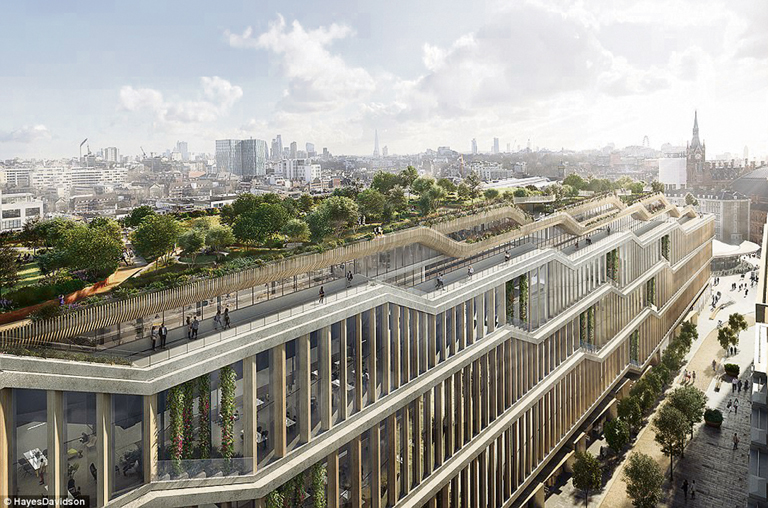 Brexit has generated investment uncertainty for many companies, but not – it would seem – for the US tech giants opening the throttle and splashing out on multi-million long-term property deals in London and creating thousands of jobs.

Facebook, Google, Snap and Apple have firmly quashed the notion that the UK’s exit from the EU would lead to a “techxodus” and that next-generation coders, programmers, engineers and Virtual Reality specialists would head to rival tech hubs like Berlin and Israel.

Will Colthorpe, partner at the developer overseeing Facebook’s and Google’s new London offices, said: “The sentiment we are seeing from the tech giants towards longer term growth in the capital is good evidence that despite Brexit, London is still seen as a leading destination for business growth and international business talent.”

By investing in swish office spaces in King’s Cross, Battersea and Soho, the tech giants are not only pouring confidence into the London occupier market but also giving a thumbs up to the capital’s status as the gateway to Europe.

Office space of the future

Architecturally, Google’s “groundscraper” (the building will be as long as the Shard is tall) takes the plaudits.

Likened to a giant playground, Google’s £1bn new 870,000 square feet (sq ft) UK headquarters contains sleep pods, sports pitches, a swimming pool and a 200m running track to ensure the “wellness” of its 7,000 staff. Inside, workers can dwell in “pause areas” surrounded by plants, trees and “living walls of greenery” while outside staff can relax on a 300-metre-long landscaped roof terrace amid fields, gardens, meadows and a large rooftop cafe.

Construction of the “groundscraper” will begin next year, complementing an existing Google office in King’s Cross and a third office.

Google currently employs 4,000 people but its new London campus could see this jump to 7,000.

Also in King’s Cross, albeit on a smaller scale, is Facebook’s 611,000 sq ft new offices (running across three buildings), which doubles its presence in the capital.

The space features double-height receptions, landscaped roof gardens and terraces, situated next to a new theatre. Facebook says the investment will mean it will have 2,300 UK employees by 2018.

Apple’s new London HQ, meanwhile, is at a new development at Battersea Power Station. The iPhone maker is moving 1,400 staff from eight London sites into a “new Apple campus”.

Not to be outdone, Snap has made Soho its international headquarters and now has two offices in the area, while Twitter has over 200 staff in its Piccadilly office.

London has lots to offer

While the planning cycles for some of these offices may have predated Brexit concerns, the vote has not derailed plans to heavily invest in a city that offers so much to them.

A combination of a relatively low tax rate, availability of money (£10bn was invested in London’s tech assets last year by private equity and venture capital firms), London’s global reputation, particularly in advertising, and a strong English-speaking talent pool are reasons they want to be in London.

Twitter UK managing director Dara Nasr points out that its UK office boasts its “biggest engineering team outside the US” while Claire Valoti, general manager, Snap Group, said: “We believe in the UK creative industries. The UK is where our advertising clients are.”

Furthermore, Hatch points out that significant Facebook global products like VR applications for Oculus were developed in the UK.

But these investments are not without risk. Alex DeGroote, an independent analyst, said: “Restrictions on the free movement of labour post Brexit for example will likely curtail the availability of engineering talent for the global platform business.”

Stephen Woodford, CEO of the Advertising Association, has called on the government to ensure that freedom of movement is not compromised in Brexit negotiations.

“We are a hub for the world’s best talent, and we need to make sure talent can freely move in and out of the UK post-Brexit, to make good on the commitment from global companies investing here,” he said.

London and the UK could potentially benefit further, as European regulators crack down on sweetheart tax deals given to tech giants in Ireland and other European countries.

DeGroote added: “Due to growing EU-wide pressure, it seems likely that a tax levy on digital sales, not profits, is coming – in which case the rationale for being in these places is reduced.

“If the UK is then outside the EU post-Brexit, it will likely have to rethink its own corporate tax plans for the tech giants.”

But irrespective of tax changes and the fallout from Brexit, the tech giants have made London their second home.