Take Pride in your work: representation in advertising isn't just about 'pinkwashing' 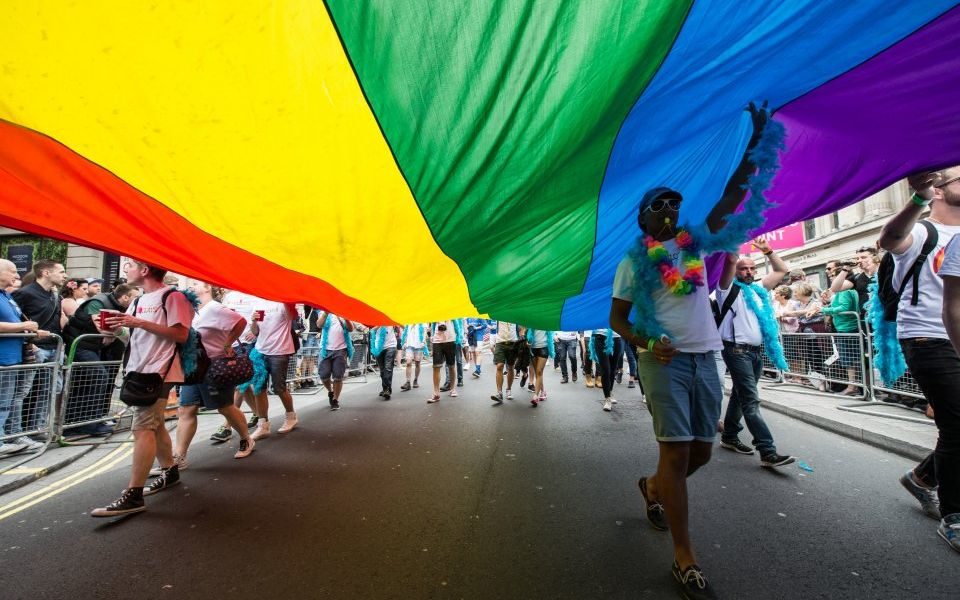 REPRESENTATION matters. Advertising is a constant presence in our everyday lives, but for people in minority groups, it’s not a given that they will see themselves depicted in the media.Take the LGBTQ community. Seven per cent of the UK population identify as lesbian, gay, bisexual, transgender, or otherwise queer, according to the Stonewall charity. That’s around 4.5m consumers, with a total spending power of over £6bn.This coming Saturday, the capital will host the annual Pride in London parade, a celebration of LGBTQ people, as well as a chance to raise awareness of the challenges still facing the community. Hundreds of businesses take part, and the event attracts big name sponsors, such as Barclays, Tesco, and PwC.The parade is in its 46th year, and it’s estimated that more than one million people will attend, according to Polly Shute, director of strategic partnerships for Pride in London.“If you go back to 1972, when the first official Pride in London was set up, people marched for very basic rights: to have relationships recognised, marriage rights, the right to walk down the street without being accosted or bullied. We have rights now, and some people seem to think the battle is won – but there are still places where people feel uncomfortable.”One such place is the office: only 86 per cent of gay men and 74 per cent of lesbians are out to their work colleagues, according to a survey conducted by Pride in London.Even fewer are out to their employer, and there is a racial gap: 46 per cent of black, asian, and minority ethnic members of the LGBTQ community are not out to their boss, compared to 36 per cent of white LGBTQ workers.Visibility is clearly still an issue. It’s a vicious cycle – it’s hard to feel confident enough to be proudly out at work if people like you aren’t represented in public. That’s why it’s so important for brands to take this seriously when deciding who to feature in their ads, and how they’ll be portrayed.“Advertising has a key role to play, as do visible networks and role models within large companies and brands,” says Shute. “If you see yourself and see more people who look like you, then you’re more likely to feel comfortable being who you are.”Be a better allyRepresentation isn’t just adding a rainbow to a product’s packaging, or using fewer straight white couples in images. Brands also need to self-reflect. Many companies partner with Pride not only to appeal to LGBTQ consumers, but also to support their own workers.Nor is it just a one-way relationship. Brands also work with Pride to seek advice on the best way to show LGBTQ support without being accused of “pinkwashing”: the practice of appearing gay-friendly in order to cynically promote products, rather than for authentic reasons.“A lot of brands which come to us to be involved with Pride are very cautious about pinkwashing. For most organisations, the important thing is to start within. Before you start externally advertising, make sure you have internal networks set up, and that you have visible role models. Your employees will be the first to call you out if they think it’s not authentic,” advises Shute.When brands approach Pride, Shute says her organisation asks for evidence that they have good policies in place to support LGBTQ employees, which is checked by an independent community advisory board to make sure the brand is partnering with Pride for the right reasons.“We’ll also work with them on any content they want to put out, making sure they’re using the right phrases and don’t do anything that would alienate people.”Being an ally sometimes means taking a stand against homophobia. For example, Centre Parcs pulled adverts from the Daily Mail this year after it published a column against same-sex parents.“It’s important for people to take a stand, whether that’s as individuals or as brands,” adds Shute. “If you’re in this arena, you have to be a bit of an activist as well.”All year roundIt’s not just big brands that need to think about inclusivity. Businesses of any size can set up LGBTQ employee networks, and create more representative advertising. And it’s not just about Pride either – there are events brands can support throughout the year, such as LGBTQ history month in February.There has been immense progress since Pride in London launched, as evidenced by the number of brands that want to get involved. And while there’s more work to do, promoting a diverse and inclusive workplace has, for many brands, become in itself a matter of pride.
Share: