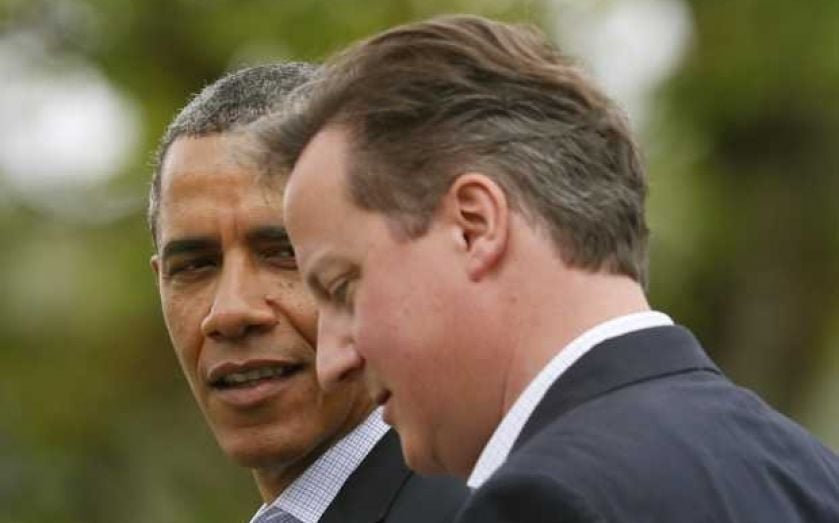 I REMEMBER the exact moment I knew I was a dinosaur. I was included in high-level meetings, aimed at assembling a coalition to buttress George W. Bush’s effort to remove Saddam Hussein. When the topic of whether the British would come along arose, everyone laughed, regardless of party or foreign policy orientation. Confused, I asked what was so funny. Their answer has stayed with me: “All we have to do is say it is a matter of bolstering the Special Relationship, and they will be there.” I bristled at this cynicism, having spent the best years of my life at St Andrews. But I realised I was the odd man out. Unlike previous generations, no one else there had remotely the same ties to the UK as I had. The time of Dean Acheson, W Averell Harriman, John F Kennedy, and Dwight D Eisenhower, where a close acquaintance with UK culture was a prerequisite for US elite advancement, is a thing of the past. Instead, as the peerless John Le Carre wryly noted in Tinker, Tailor, Soldier, Spy, the Special Relationship has morphed from being a relatively equal political and cultural partnership into something more closely resembling a one-way street. After the Suez crisis of 1956, all subsequent British leaders took away one overarching guiding principle: we must never act again without US backing. The route to continued power would be more devious. As Harold Macmillan put it, Britain would have to adopt the role of the world-weary, wily old Athenians, explaining the finer points of diplomacy to the brutish, if powerful, Romans. By serving as unofficial chief counsellor to the world’s preeminent power, Britain would still punch above its weight in global affairs. This basic gambit worked tolerably through the Cold War, reaching its apogee in the Reagan-Thatcher years, when Lady Thatcher was one of the most influential advisers Ronald Reagan consulted. However, the strategy continued past its sell-by date. By the time of Tony Blair and Bush, it was the Le Carre suspicion that had won out: Britain was being leveraged, not Washington. The UK was somewhat lazily counted upon and humoured, if not really listened to. The stunning recent events on Syria have finally upended all this; Sundance will no longer always come out guns blazing alongside Butch Cassidy. At one level, the refusal of Parliament to go along with Barack Obama’s unfocused strategy in Syria is the butcher’s bill finally coming due for Iraq. For years I have pressed US colleagues on this point. But they don’t (due to their lack of real familiarity with the UK) understand the vast damage the Iraq war caused to the Special Relationship. Yet in terms of its merits, the case for non-intervention in Syria seems incontrovertible. The geopolitics of the civil war are clear: a stalemate is the only outcome that serves Western interests. It certainly cannot get better than this: al-Qaeda (through its Jabhat al-Nusra affiliates, a dominant force in the rebel coalition) is fighting Hezbollah, Assad, and (largely by proxy) Iran, to the death. Who would want to step into a conflict that drags in practically all of the West’s regional enemies? To bomb the butcher Assad directly helps al-Qaeda. Nor is the humanitarian crisis helped one jot by the proposed bombing. The situation in Syria is indeed dire. Beyond the chemical weapons attack, the trigger for all of this, 100,000 Syrians have been killed in the civil war, with a quarter of the population refugees. But a limited, targeted, bombing campaign won’t change the strategic calculus at all, as Obama himself recently admitted. So Ed Miliband got it right for all the wrong reasons. By not going along with American strategic lunacy, he illustrated how British influence might work in the new age. Of course, that is not why Miliband did what he did. Desperate to prove that he is neither Blair nor his own brother, he played on the residual anti-Americanism of Labour’s base in saying that British foreign policy should follow British interests, and not merely be designed to help the Americans. It was a slogan, not a policy. But it should be. Ironically, it is this interest-based point of view that could reinvigorate the Anglo-American relationship – a partnership that must be based on clear-eyed agreements over common interests, rather than sentiment, where both sides feel no guilt about failing to join the other in a suicide pact. If Obama attacks Syria, it will prove to be a grievous mistake for US and Western interests. Friends don’t let friends drive drunk. Far from being the end, the British “no” over Syria offers a better model, where Britain, by not coming along as expected, forced America to think again. Now that’s influence. Dr John C Hulsman is president and co-founder of John C. Hulsman Enterprises (www.john-hulsman.com), a political risk consultancy. He is a life member of the Council on Foreign Relations, and author of Ethical Realism, The Godfather Doctrine, and most recently Lawrence of Arabia, To Begin the World Over Again.