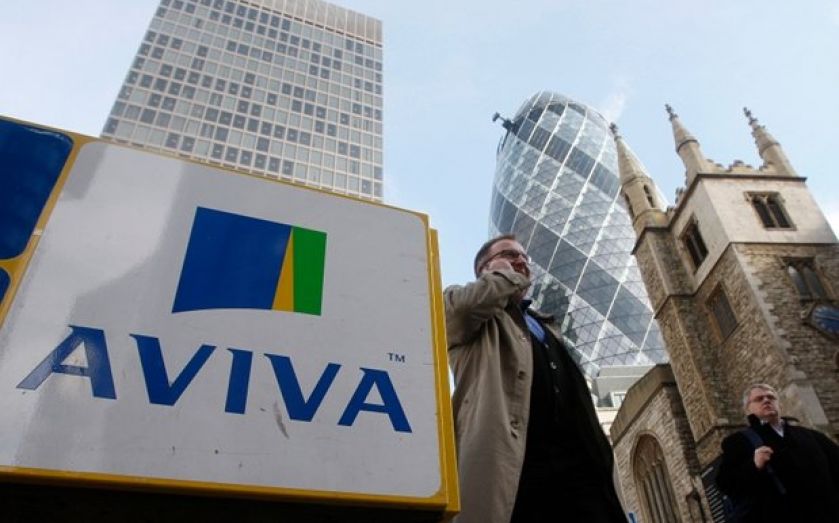 The market was divided yesterday following the announcement of a planned merger between insurer Aviva and its competitor Friends Life.
Aviva saw its shares fall by more than five per cent during the day, while shares in Friends Life climbed by six per cent.
Most analysts agreed that the announcement was surprising, with Mark Cathcart, equity analyst at Jefferies, commenting that the deal ran “contrary to the simplification process currently underway at [Aviva]”.
He added: “Aviva’s focus on cash-generative growth from life new business might also come under scrutiny, where run-off life back-books form an important component of Friends.”
However, Cathcart said the deal was a good one, and noted that, if the acquisition completed, it would “propel Aviva to undisputed market leadership in UK insurance”.
And UBS analyst James Shuck commented that the deal would give Aviva “a leading position in corporate and individual pensions in particular”.
“These hold strong growth prospects after the recent annuity reform,” he said.
However, others were not as wholly positive about the deal. Analysts at Bernstein Research said that although it saw the deal as a good move for both companies, it was “on the face of it, a better deal for Friends”. They added that it could not see the company finding “a more attractive buyer that would be able to offer more significant synergies, and therefore a higher premium”.
Meanwhile, Shore Capital’s Eamonn Flanagan said the company was offering too high a price for Friends Life, and described the proposal as “a rights issue in disguise” – meaning that Aviva is primarily looking to increase the amount of cash at its disposal with this transaction.
“I’d be astonished if the Aviva shareholders don’t rattle the cage,” Flanagan added.
Aviva declined to comment.

MAY 2012
Chief executive Andrew Moss stands down one week after shareholders voted against his proposed pay rise. The shareholder revolt followed several years of poor Aviva results.
JULY 2012
Executive chairman John McFarlane strips out four layers of senior management, and announces plans to sell off several non-core operations.
JANUARY 2013
Mark Wilson takes over as chief executive. At the time of his appointment, he states that it is clear “that over recent years the company has not performed to its potential”.
APRIL 2013
Aviva announces that 2,000 jobs will be cut across the UK, Europe and Asia, as part of a plan to reduce expenses.
MARCH 2014
Wilson warns against complacency despite the company moving from a loss to a profit.

Andy Briggs joined Friends Life as chief executive in June 2011.
He previously worked for Lloyd’s Banking Group, as well as at Scottish Widows.
Before that, he spent 19 years at Prudential Group, rising to the position of chief executive of its retirement income business.
Briggs, a qualified actuary who studied at Southampton University, is a member of the board of the Association of British Insurers (ABI).
Outside insurance, he sits on the fundraising committee of the National Society for the Prevention of Cruelty to Children.

Mark Wilson was named as the new chief executive of Aviva in November 2012, and took up the role at the beginning of 2013.
For the first 12 years of his career between 1987 and 1999, Wilson held a number of roles at National Mutual in Zealand and Australia.
The New Zealander then held the role of CEO of Axa China Region and subsequently took up the same position at Axa Pacific Holdings. He then moved to AIA Group, the Asian arm of AIG, and led it in a successful float on the Hong Kong stock market.
Wilson, a keen runner and tennis player, is also on the board of the ABI.

JP MORGAN | CONOR HILLERY
1 Dublin-born Hillery trained as an accountant with KPMG after graduating from University College Dublin. He was appointed co-head of UK investment banking at JP Morgan in 2013.
2 Recent deals he has led include the £1.2bn IPO of Esure Group on the London Stock Exchange and the £650m acquisition of Scottish Widows by Aberdeen Asset Management.
3 He was joined on this deal, advising on the Aviva side, by JP Morgan colleagues Tim Wise and Edward Squire.
Also advising…
Simon Robey and Simon Warshaw of London-based firm Robey Warshaw are also acting as financial advisers to Aviva during this deal.