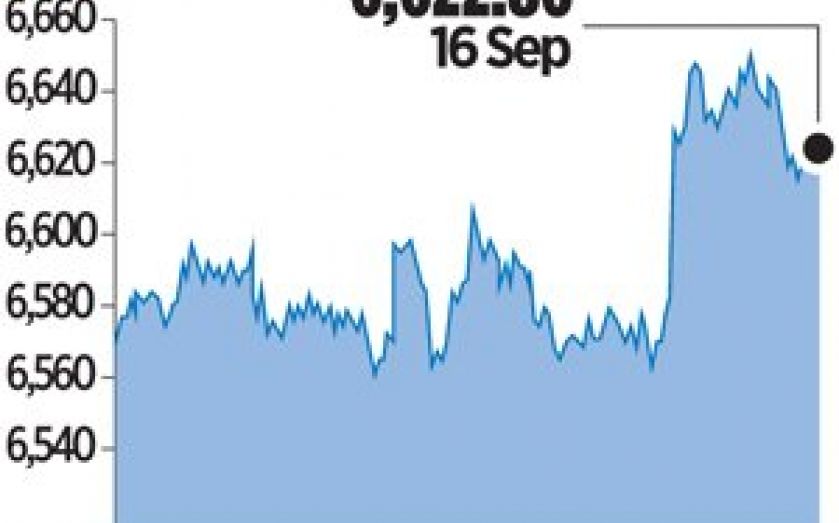 US MARKETS jumped yesterday on the hope of more easy money as Larry Summers dropped out of the race to become Federal Reserve governor.

His exit leaves deputy chairman Janet Yellen as the bookies’ favourite for the role – a candidate investors see as more dovish, and so more likely to print money to support bond and share prices.

An alternative candidate being tipped is Donald Kohn, another former deputy chairman at the Federal Reserve.

Spillovers from Summers dropping out of the race were also felt in Europe.

The EuroStoxx50 rose 0.96 per cent and the FTSE100 increased 0.59 per cent, while Italian and Spanish government borrowing costs felt the most benefit, falling 13 and eight basis points respectively.

Analysts expected that if Summers had taken the job and labour market data strengthened, short-term interest rates could have risen by the end of 2014. By contrast tighter monetary policy is considered much less likely that soon if Yellen or Kohn take the job.

“Summers was always considered a ‘hawkish’ option, largely because of his out-sized personality and the risk that he might take bolder decisions and thus the general fear of the unknown trajectory policy might take,” said Saxo Bank’s John Hardy. “The market is now making a strong assumption that Yellen will be appointed and the market feels comfortable that it knows exactly what it will get with her – more of the same.”