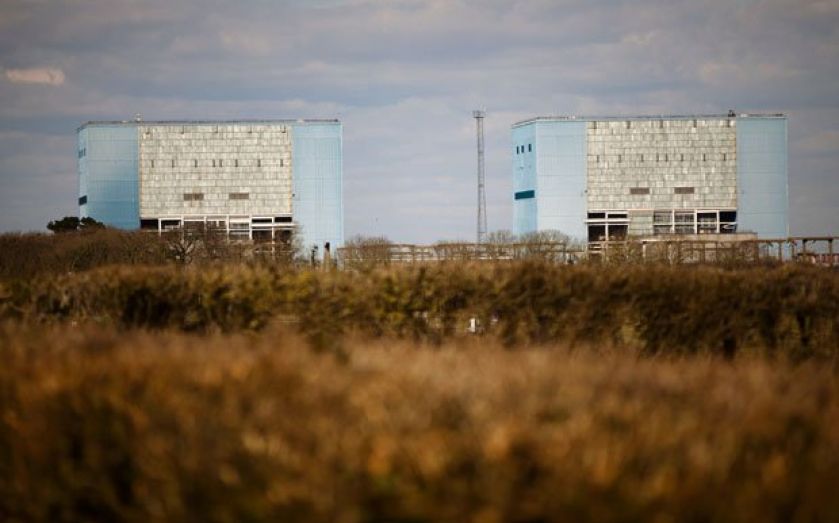 THE COALITION’S nuclear plans gained further momentum yesterday, after chancellor George Osborne said Chinese companies are allowed to buy a stake in British nuclear power plants. But it is thought that any deals will include indirect price subsidies that could trickle down to taxpayers over the 35-year life of the plant. Osborne made the announcement at Taishan nuclear power station on the final day of his trade visit to China, following the signing of a memorandum of understanding on nuclear collaboration between the two countries earlier this week. “[The decision to allow Chinese investment] is an important potential part of the government’s plan for developing the next generation of nuclear power in Britain,” said Osborne. “It means the potential of more investment and jobs in Britain, and lower long-term energy costs for consumers.” While any initial Chinese stake is likely to be a minority stake, over time this could become majority stakes, the government said. After years of negotiations on subsidies, energy secretary Ed Davey said last weekend that the government is “extremely close to a deal with EDF” over Hinkley Point, the first UK nuclear power station built for almost 20 years. Yesterday’s announcement has triggered speculation that China General Nuclear Power Corporation and China National Nuclear Corporation will buy stakes in the project as well. It is thought that subsidies could take the form of a guaranteed electricity price or so-called strike price. EDF and the government are said to have agreed on a strike price of £92.50 per megawatt hour, according to reports. Under the coalition agreement, direct subsidies for new nuclear power are forbidden. EDF and the government declined to comment on the structure of the deal. A government spokesperson said that talks “remain on-going…with an agreement yet to be finalised”. “Deeper co-operation between China and the UK will bring both countries a wide range of benefits,” said EDF. CENTRICA’S ENERGY BILL BREAKDOWN From next month, British Gas-owner Centrica is raising gas and electricity bills by 9.2 per cent – 8.4 per cent on gas and 10.4 per cent on electricity – equating to £104 per year for the average customer. Centrica attributes an extra £20 of the average dual fuel bill, or two per cent, to network charges. Energy suppliers have to pay to use National Grid’s network, which delivers power into Britain’s homes. These charges, which are set by the regulator, are rising to pay for upgrading infrastructure. Environmental levies will add on a whopping £50 to energy bills, according to Centrica. The government’s energy efficiency scheme, called the Energy Companies Obligation, will add £40 to the average bill next year, while other charges such as Renewables Obligation Certificates will add on an extra £10. Combined, these will increase the average bill by four per cent. ECO projects will cost Centrica £400m this year and around £1bn for the remaining 15 months of the scheme, the company claims. Pressure is on the government to extend implementation of the scheme. The only part of the bill outside of Britain’s control, wholesale energy costs, will add on around £37 to the average dual fuel bill, or an extra three per cent, says Centrica. The firm’s cost of gas is eight per cent higher this year than last year, due to volatility in the global markets. British Gas’ standard tariff direct debit average annual dual fuel bill will be £1,388 after the price increase. The equivalent SSE figure is £1,380. Centrica forecasts British Gas’ residential profits to be “broadly flat” this year. Centrica says that the unit has been incurring losses for months and that without a price rise, it would be loss-making in 2014. Centrica faced criticism earlier this year when it posted a nine per cent jump in full-year profits for its British Gas business.