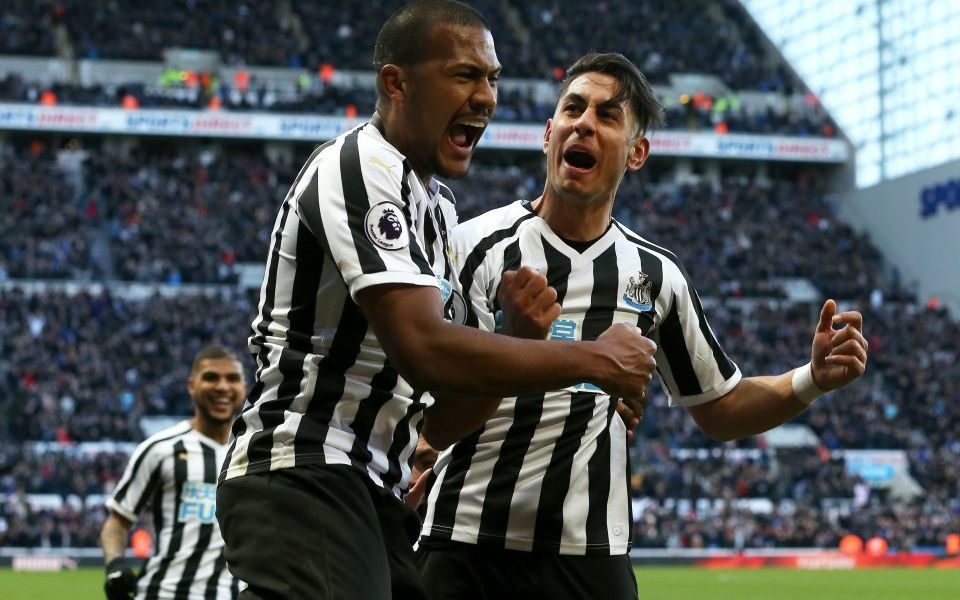 Andy Cole and Dwight Yorke; Dennis Bergkamp and Ian Wright; Alan Shearer and Chris Sutton – aka the SAS. Some of the Premier League’s best teams have been propelled by brilliant strike partnerships.

As those names indicate, however, the heyday of the front two came in the mid to late 1990s. Recent years have instead seen a trend for lone centre-forwards and fluid front threes.

Could it be, though, that they are making a comeback? The weekend’s top-flight games offered evidence that the strike partnership is back in vogue – and featured some vintage front-two combination goals.

Arsenal and Manchester United both started with two strikers in their meeting on Sunday, while Burnley fielded their usual pairing of Chris Wood and Ashley Barnes at Liverpool.

Clarets manager Sean Dyche has been an early readopter in this area, and the success of the Wood-Barnes axis has driven their improved results in the last four months – Burnley’s win percentage this season when both men play is 40 per cent, compared to 14 per cent when they don’t.

Salomon Rondon’s goal for Newcastle, which initiated their fightback from two down to win at home to Everton, came at the end of mesmerising interplay with Ayoze Perez, who struck the other two.

Rondon and Perez are a classic big man, little man pairing, although unusually it was the more diminutive of the two who won the header at the start of the move.

The Venezuelan then played a one-two with Perez, finishing the Spaniard’s chipped pass with a left-footed volley on the run that crashed past Jordan Pickford.

Wolves only mustered one shot on Chelsea’s goal in their 1-1 draw on Sunday, but they made it count and it was born out of the fluid movement and link-up play between forwards Diogo Jota and Raul Jimenez.

This time Jota led a counter-attack into Blues territory, swapped passes with Jimenez and then fed the Mexico international with a through-ball that allowed him to score past Kepa Arrizabalaga via a deflection off scrambling Chelsea defender Cesar Azpilicueta.

Jimenez has been a star of Wolves’s first season back in the top division, scoring 12 league goals – half of which have come in the last seven matches.

But Jota has become an increasingly influential cog in Nuno Espirito Santo’s team and his blossoming union with Jimenez has seen him net six league goals in his last dozen appearances.

Once rapport and understanding have developed, there are few finer sights in football than a front two working in harmony.

After years in the tactical wilderness, perhaps new strike partnerships are about to take their place alongside the illustrious duos of two decades ago.