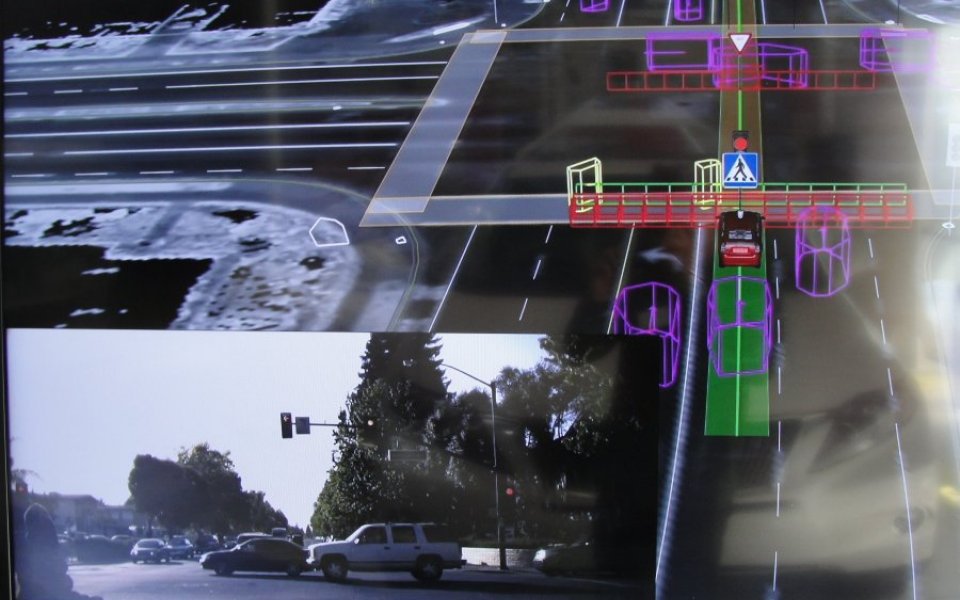 Storm Imogen has landed and, as with the other storms this winter, is already causing problems for many road users, with strong winds hitting London and the rest of the UK.

When the weather’s harsh, conditions for pedestrians and cyclists get worse and there’s no let-up in particular for those whose job depends on being on the tarmac – delivery drivers, haulage, breakdown and the emergency services who need to be on call 24/7 to keep the UK moving.

During these kind of weather events, road safety comes under the microscope. While we read lots about technology advances in vehicles, most is centred on internet connectivity or hybrid motors. Yet there’s a huge amount of innovation making things safer for all road users.

Samsung is one company that has been developing a really compelling idea to increase safety around lorries.

The Korean tech giant recently blogged about its new ‘Safety Truck’ which uses four screens attached to the back of a trailer to display the view in front to vehicles behind. Samsung says this is to help traffic behind large vehicles make informed decisions about overtaking, sudden braking or even animals on the road.

Read more: Are there more storms than usual – or are we just noticing them more?

There is also rapid development with driverless vehicles. Ultimately, most accidents happen because of human error; computers don’t get bored, won’t be distracted or take their eyes off the road. So as well as the traditional vehicle manufacturers, the likes of Google and Bosch, along with research at institutions such as MIT, are focussing on using smart technologies to operate cars more safely and more efficiently than people.

Systems in development and testing will see driverless vehicles use the cloud to identify the location of accidents, patches of bad weather or road congestion ahead, and then automatically re-route vehicles. Traffic lights could be operated automatically, combined with computer controlled acceleration and speed to safely navigate roads and hit a green light every time.

It’s only a matter of time before we see this in the City.

The use of data, however, is already playing an increasing role in fleet safety, with platforms that now analyse a driver’s style and provide feedback to both managers and drivers in real time. Companies with large fleets are using data (captured by sensors on vehicles) to help correct the likes of harsh acceleration and braking in real-time, before they become a safety issue.

It often includes ‘gamification’ elements, in which an application presents key safety information in the form of a scoreboard and ranks driver performance based on safety compared to others, encouraging them to improve performance.

The ‘connected’ fleet is also becoming a reality – vehicles fitted with in-built internet access enabling fleets to connect with other drivers on the road, communicate via social networks, and share road and safety information.

This includes vehicle-to-infrastructure, which allows vehicles to communicate not just with each other but with things like loading bay availability and traffic light information. And voice control, touch based technology and camera tracking of user motions is being advanced, meaning drivers may be able to control a vehicle with a move of the hand or a few words.

So while – thankfully – we’re unlikely to experience anything like the snowstorms that have battered New York, there’s a huge amount of innovation underway to make road usage safer.

It might not get the column inches of the new Porsche 911, but it’s vital in reducing the number of accidents on our streets.