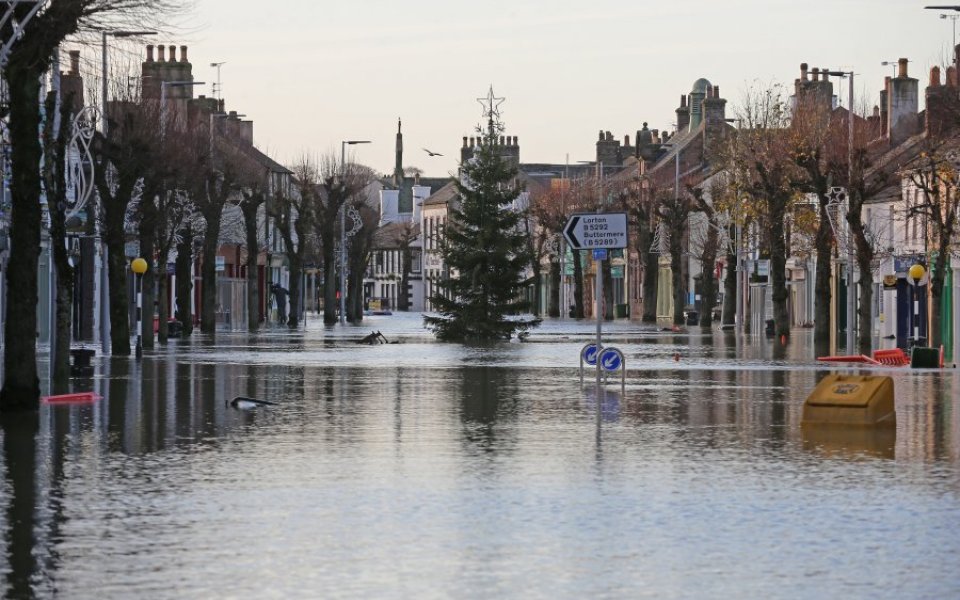 Almost two weeks after the event, the Association of British Insurers (ABI) has finally put a price tag on the havoc wreaked by Storm Desmond: the flooding is likely to cost insurers £520m, it said today.

Thousands were evacuated, with thousands more left without power as Storm Desmond passed through Cumbria and the Scottish borders at the beginning of December, with a new 24-hour rainfall records set as 13.5 inches of water fell in one part of Cumbria.

Figures from the organisation revealed quite how destructive the storm was, with insurers making emergency payments of £2.6m, £1.7m of which went to 1,500-odd families affected by flooding and high winds, while £900,000 went to businesses, to help them cover staff salaries and appliances.

Insurers have received 2,800 motor claims and 23,700 claims for damaged property.

It's a big hike form earlier figures: as the storm continued to rage, PwC estimated Desmond could cost insurers as much as £250m, with total economic costs of £450m.

Although it's costly, Desmond is by no means the most expensive storm to hit Britain. Flooding in parts of Yorkshire, Derbyshire, Lincolnshire, Nottinghamshire and Worcestershire in 2007 cost insurers as £3bn, while flood and storm damage claims for the Christmas period in 2013 and early 2014 cost more than £1bn.

Previous flooding in Cumbria, in 2009, cost insurers just under £200m.