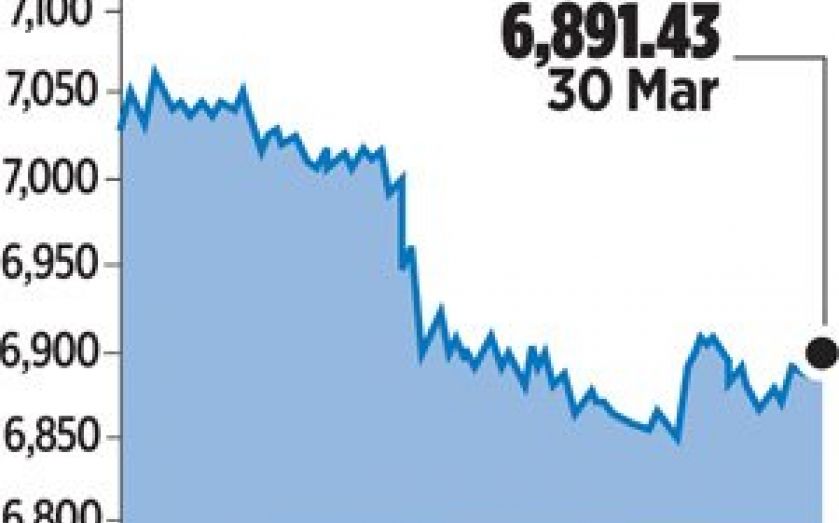 The blue chip FTSE 100 index finished 0.5 per cent higher at 6,891.43 points, after dropping 2.4 per cent last week. The index rose towards a record high of 7,065.08 set last Tuesday, but remained about two per cent away from that level.

The UK mining index, up 0.8 per cent, was among the top sectoral gainers, with shares in Antofagasta, Randgold Resources and Anglo American rising 1.2 to 3.4 per cent.

Over the weekend, China announced details of a modern Silk Road intended to improve links from Asia to Europe and Africa. Comments from People’s Bank of China Governor Zhou Xiaochuan also added to hopes of more monetary easing.

Other retailers also did well. Ocado, the online grocery supermarket, rose 8.45 per cent to 359.40p, making it the best performer on the wider FTSE 250 index.

Meanwhile, shares in Compass, the world’s biggest catering firm, rose 1.1 per cent after it surprised investors by announcing that underlying revenues in the first half of its financial year are expected to rise by about 5.5 per cent.

Computer chip maker Arm Holdings gained 2.5 per cent to 1,106p following a rebound in semi­conductor stocks in late US trade on Friday, after a report that Intel was in talks to buy rival Altera.

In the FTSE 250, Al-Noor Hospitals Group was the worst performer, down 4.9 per cent.

The Abu Dhabi-based healthcare provider said its pre-tax profit and revenue both rose in 2014 as the group further expanded its operations.

However, shares in the company fell amid concern about the impact its expansion is having on margins.