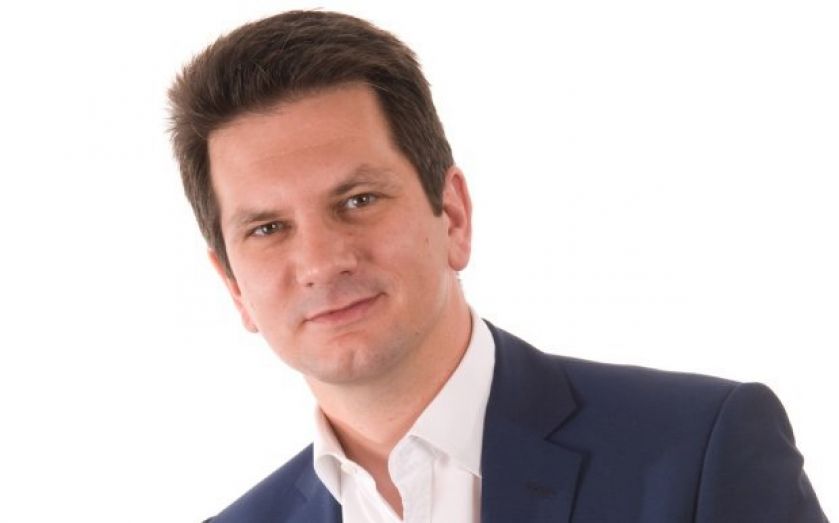 Bank of England staffers once used to a series of questions from MPs on parochial constituency matters have had to up their game.

Steve Baker, the Conservative member for Wycombe, has just joined the Treasury Select Committee, and has brought with him a refreshing style of interrogation. I spoke to Baker just after his first encounter with Bank governor Mark Carney and his colleagues.

Baker was elected to the committee this May, and already appears to be revelling in the opportunities it provides. Earlier that day he had grilled the governor on whether the Bank had adequately considered the role of capital structures in explaining the UK’s productivity puzzle. “They looked like men that weren’t expecting those sort of questions,” he told me.

But Baker also has bigger fish to fry. Namely, challenging the prevailing view that the state should create and manage money. He wants the UK’s financial system to return to its free banking origins, and have private institutions do that job.

In almost every area of economics we’ve accepted that markets do it best, he says. Few could imagine a committee of nine wise men deciding how we produce food, clothes, cars, or mobile phones.

But when it comes to producing money, we’ve accepted just such an arrangement. And for Baker it’s crazy that this has led to an obsession with what men like Carney have to say. That we’re trying to decipher from after dinner comments the trajectory of monetary policy is illustrative of the mess we’re in. “The truth is this is like kremlinology, have we worked out what the politburo thinks? It’s mad.”

We see the same thing across the Atlantic, where former Federal Reserve chairmen Alan Greenspan and Ben Bernanke have both given speeches to investors shortly after leaving the office. What investors think about US monetary policy has knock-on effects around the world, evident after last summer’s “taper tantrum”, as the Fed stumbled towards scaling back QE.

“It’s amazing we tolerate this,” says Baker, as words from both men have had the power to move markets, such is the extent of the “kremlinology” investors are hooked on. “I want the people doing this kreminology, making their living doing it, to question whether this is actually a free market,” he says.

“I think we operate a kind of monetary socialism, and it’s the single biggest institutional problem with our economic system.” And for Baker, he sees the present arrangement as a system that can not successfully be operated.

The men in charge, as brilliant as they are, just don’t have the information necessary to safely run something as complex as monetary policy. And the choices they make often result in herding, reducing diversification and in turn inducing greater instability. “Central planning creates chaos, not stability,” says Baker. He would far prefer that we return the process of creating money to private institutions.

While that may seem a radical step, it’s the way money has been produced throughout much of history. Baker sees a return to that market-based system as almost guaranteed. He expects that the monetary experts who currently run central banks will  eventually have to concede that state planning of money has been a failed experiment.

Baker may not be an economist by trade – by background he’s an aerospace and software engineer – but he’s able to reference every thought with a book or academic paper. Our conversation feels as if it requires its own extensive footnotes. He highlights the work of George Selgin on free banking, who finds that government regulation is actually the most likely cause of banking crises.

Recent actions by the Bank could see free banking made a reality sooner. Baker fears that the kind of macroprudential policy recommended by the Bank’s Financial Policy Committee is inherently destabilising, as the central bank will be simultaneously lighting fires and trying to put them out via clever financial engineering. As far as Baker is concerned, no institution can possess the information and expertise to pull it off. “I think in the end, this is likely to lead to the realisation that this system of money and banking can not work.”

But there are less catastrophic ways to wean ourselves off state money, suggests Baker. Bitcoin and other cryptocurrencies, electronic forms of private money, have become powerful means of sending payments. For now, they’re not a great store of value, and don’t pose much of a threat as money. Yet Baker believes that those who get the arguments about state controlled money are on the brink of creating something that could eventually replace the pound.

For now, markets will have to deal with the Bank’s wise council – the Monetary Policy Committee (MPC) – which is set to undergo some big changes this year, as Kristin Forbes, Nemat “Minouche” Shafik, and Andy Haldane will take three of the MPC’s nine decision making positions.

By the end of this summer, less than half of the MPC will have been in place for more than a year. Market watchers have rarely seen this amount of turnover in such a short period, and it may make forecasting the Bank’s path towards normalising policy harder to predict. That brings with it concerns about regime uncertainty, and instability. More evidence for Baker that a command and control approach to money doesn’t work.

While, for Baker, free banking seems an inevitability, some of his Conservative colleagues remain less than convinced. While most are happy to celebrate the current economic data, Baker continues to keep his head down, hoping to bring about eventual monetary revolution. “I’m not planning to change.”