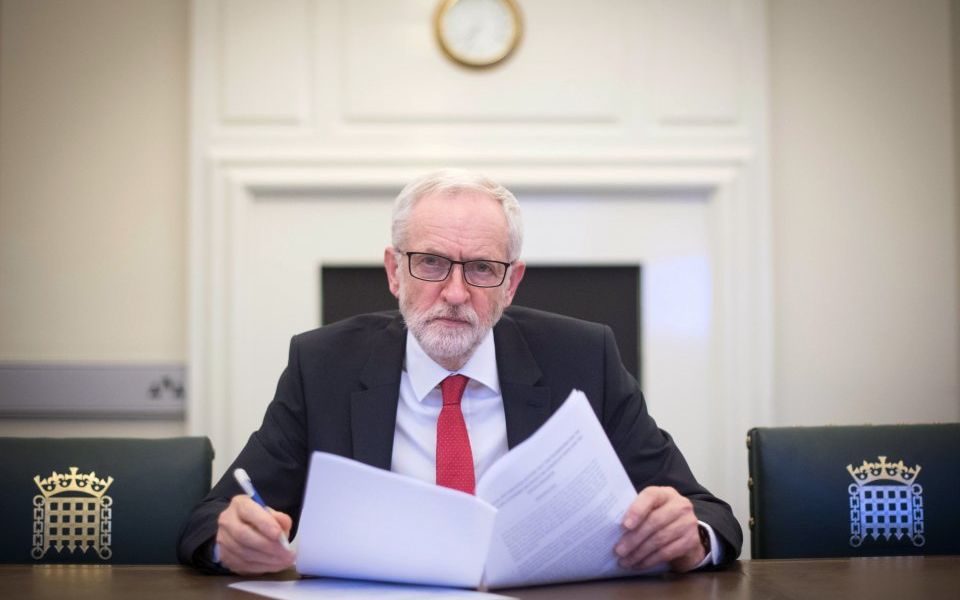 Sterling fell after reports emerged that Labour leader Jeremy Corbyn had said talks with the government were stalling, although the party has slapped down the claim.

A falling pound sent the FTSE 100 to a six-month high, as investors responded to the news that UK goods and services were becoming more competitive.

The Guardian reported that Corbyn had said the two parties might not find common ground on a customs union, something Labour has been pushing for.

The newspaper quoted Corbyn as saying: “We’ve put those cases very robustly to the government and there’s no agreement as yet.”

“The government doesn’t appear to be shifting the red lines.”

However, the Labour party insisted that talks were not stalling, and that the party leadership would continue to put forward its positions when they resumed this week.

The report caused sterling to drop against the dollar, meaning it was down 0.3 per cent shortly after 3.30pm UK time, and bought $1.306.

Steel and mining company Evraz led the bunch, with its shares rising three per cent to 663.7p. Advertising firm WPP rose 2.9 per cent, while EasyJet rose 2.8 per cent.

She said: “The FTSE is trading higher Tuesday taking its cue from an uptick in Asian stock markets but also benefiting from a respite in Brexit news and the slightly weaker pound. Insurers are leading the way higher as are several services companies.”

David Madden, market analyst at CMC Markets, said: “The fact that Brexit has been delayed, and the European Central Bank are willing to launch another round of targeted lending later this year has helped investor appetite.”

He said: “US-China trade talks have been moving in the right direction recently, and that has been a factor too.”