The stats man at the centre of a political storm: IFS boss Paul Johnson on how he copes with the limelight 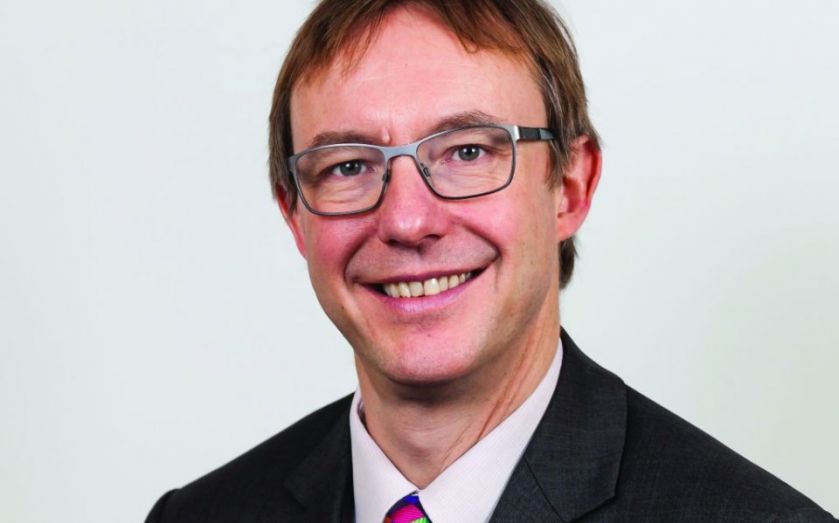 At an event in Bloomsbury last week, a journalist started a question to Institute for Fiscal Studies (IFS) director Paul Johnson: “If the IFS was standing for election…” before Johnson interrupted, finishing the sentence.
“We wouldn’t get elected,” he said with a laugh.
Johnson may not be seeking public office, but he and his team at the IFS have become the country’s go-to source for economic analysis in the run-up to the General Election.
Politicians have parroted the  organisation’s praises, and journalists have doled out the researchers’ tough medicine when analysing the parties’ fiscal policies.
“It’s a curious position to be in,” Johnson told City A.M. yesterday. “We are a small research charity that exists purely by happenstance.”
To be sure, the IFS is a private, independent research institute. Unlike the Office for Budget Responsibility (OBR), which is headed by former IFS director Robert Chote, the organisation serves no official governmental role. And Johnson, who joined the IFS in 2011, is adamant about maintaining its nonpartisan reputation. In January, he asked the Tories to remove a campaign video from their YouTube channel, saying it took his quotes out of context.

But such caution does not mean the organisation shies from aggressive criticism of the main political parties. Throughout the General Election campaign, Johnson has accused leading politicians of leaving voters “somewhere in the dark” over tax-and-spend proposals.
“There are huge things we still don’t know,” he told City A.M., blaming the Conservatives for a lack of clarity about how they would achieve their promised £30bn cuts, and calling on Labour to put a price on the cuts they would make to reduce the deficit.
Yet Johnson says that despite a lack of transparency on policy, one thing is clear: voters cannot claim they have no choice among the candidates.
“There is clearly a big difference between the two main parties, a bigger difference than we’ve seen in a very long time,” he said, citing the Tories’ commitment to further austerity and Labour’s promise to reduce the deficit over a longer period of time.
Some people, however, feel that the IFS should offer comment on such  differences.
“The IFS is very important in making it clear what each party is proposing in terms of spending, taxes and the deficit,” Oxford University economics professor Simon Wren-Lewis told City A.M. “My criticism is that it failed to make the next step, which is given the differences, what are the benefits and risks with each plan?”
Yet others, such as conservative  commentator Tim Montgomerie, feel the IFS gets the balance right. “IFS reports should only be the beginning of the conversation, when they’re [taken as] almost the last word,” he wrote last month. “This is not the IFS’s fault but ours. They are honest bean counters. They’re not guiding us through the really big debates.”
A change of direction is unlikely, Johnson says. “We’re very careful never to step over the mark of not being politically neutral while having a relatively narrow expertise in macroeconomic issues,” he says. “Where we don't know, we don’t say.” With  such honesty, it’s no wonder they’d never get elected.
Share
Tags: General Election 2015