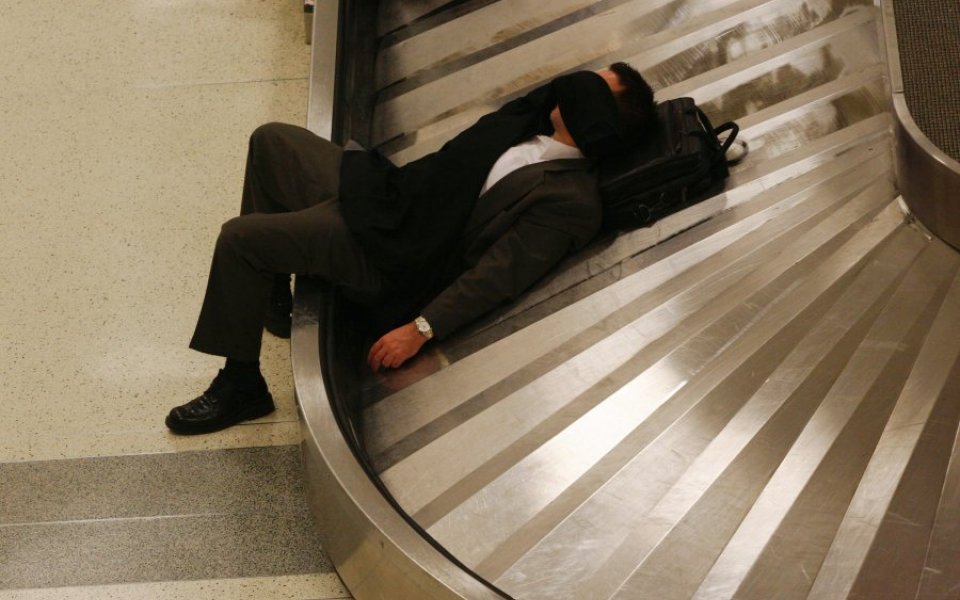 Days of painful jet lag after flying off for a business trip could soon be over.

Scientists in America have discovered how to stop your body clock scrambling after a long-haul flight – without pills or tightly scheduled sleep.

The Stanford University researchers exposed people to short flashes of light while dozing before a long trip. The light tricked the subjects’ bodies into resetting the circadian system, which controls sleep timing, hormones and moods.

Researchers believe this could help travellers prepare for a different time zone, as jet lag is caused when our sleeping patterns are not matched to our circadian rhythms. Light therapy to help fliers avoid feeling rough is not new: previous techniques have involved shining bright lights into people’s eyes during the day.

This mirrored the way we wake up extra early or stay up late to fool our body before or during a flight.

But this new study, published on Monday in the Journal of Clinical Investigation, could be carried out at night, without breaking up your routine.

To test the treatment, the scientists put their 39 subjects on the same sleeping and waking cycle for two weeks. The participants then slept in a lab, where some were exposed to an hour of light and others faced a series of flashes.

Those exposed to short flashes every 10 seconds changed their circadian rhythms by two hours. The continuous light caused just 36 minutes of change.

Strategies for beating jet lag stretch from the scientific to the simple.

Harvard researchers previously tried controlling a second body clock, one based on food, not daylight. They forced people to fast for hours before landing, eating their next meal at the time that matched the destination time.

The NHS recommends topping up your sleep before you travel, including a stopover in a long-haul journey, and keeping hydrated while in the air.