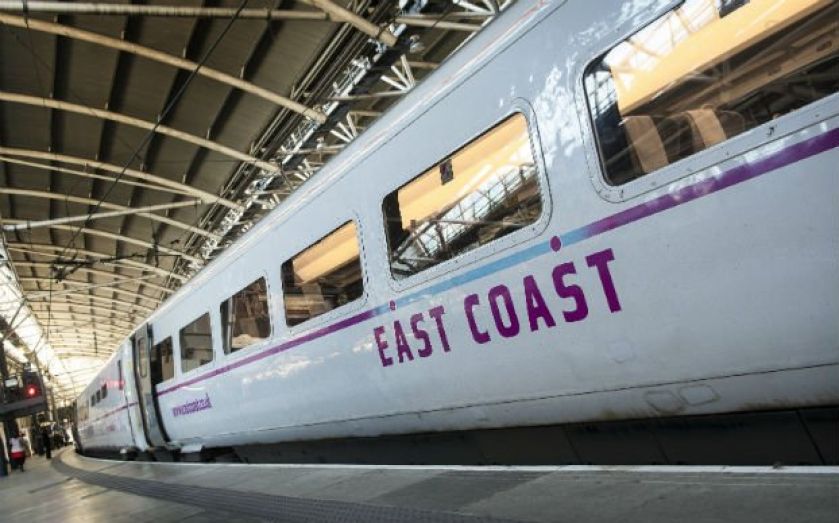 Stagecoach and Virgin are the joint winners of a bid to run the East Coast mainline route, netting the government £3.3bn over the next eight years.

The route between London and Edinburgh has been publicly run since 2009 after previous operator National Express ran into difficulties and gave up the contract.

Stagecoach and Virgin, which also runs the West Coast mainline route, fought off competition from FirstGroup and a joint bid from Eurostar and French firm Keolis.

The two firms will run the operation jointly under the banner InterCity Railways and are promising investment of £140m to improve rail services. Overall the company is majority backed by Stagecoach with Sir Richard Branson’s Virgin holding the remaining 10 per cent.

Shares in Stagecoach jumped as much as nine per cent higher to 404.30 pence per share in early trading this morning.

InterCity has promised faster journey times, more services, and a 50 per cent increase in capacity when it takes over the route from March next year. Transport secretary Patrick McLoughlin called the contract “a fantastic deal for passengers and for staff on this vital route”.

However, the re-privatisation of the route has faced strong opposition from the Labour party and unions. Labour shadow transport secretary Michael Dugher said taxpayers and passengers “have been sold down the river” after the rail route returned more than £800m to the taxpayer under state ownership.

Directly Operated Railways, which has been running the route on behalf of the state, said turnover rose 4.2 per cent to £690m in the year to the end of March 2013, in line with rising ticket revenues. The group paid £208.7m in premium and dividend payments to the Department for Transport, up from £195.7m the previous year, and retained a profit of £4.1m.