Your musical tastes, much like those for food, drink or a growing preference for a quiet night in, change over time.

But thanks to the boffins at Spotify analysing the streaming habits of millions of users, we can officially pinpoint the time when middle age hits – a musical middle age if you will – and that age is 35.

After spending our teenage years listening to the most popular music in the charts (more than at any other time in our lives, unsurprisingly), our tastes "diverges sharply from the mainstream" up to the age of 25. It then moves away from the popular stuff a little less sharply up to the sweet spot of musical maturity at the age of 35, when we're listening to “our” music, not “the” music, according to Spotify.

The data also identified a resurgence of chart music listening at around 42 years old – "a musical mid-life crisis and attempt to harken back to our youth, perhaps?" Spotify speculates.

So expect to start listening to a lot more Taylor Swift (the number one artist on Spotify) once you hit your 40s – just make sure you do it as stylishly as this guy.

The research also found men's taste moves away from the mainstream at a faster rate than women's and that anyone who has children is listening to less popular music than those who are child-free.

Spotify's Ajay Kalia who did the research sums up: "Personified, 'music was better in my day' is a battle being fought between 35-year old fathers and teen girls – with single men and moms in their 20s being pulled in both directions."

Here's the chart Kalia dubs "the coolness spiral of death". 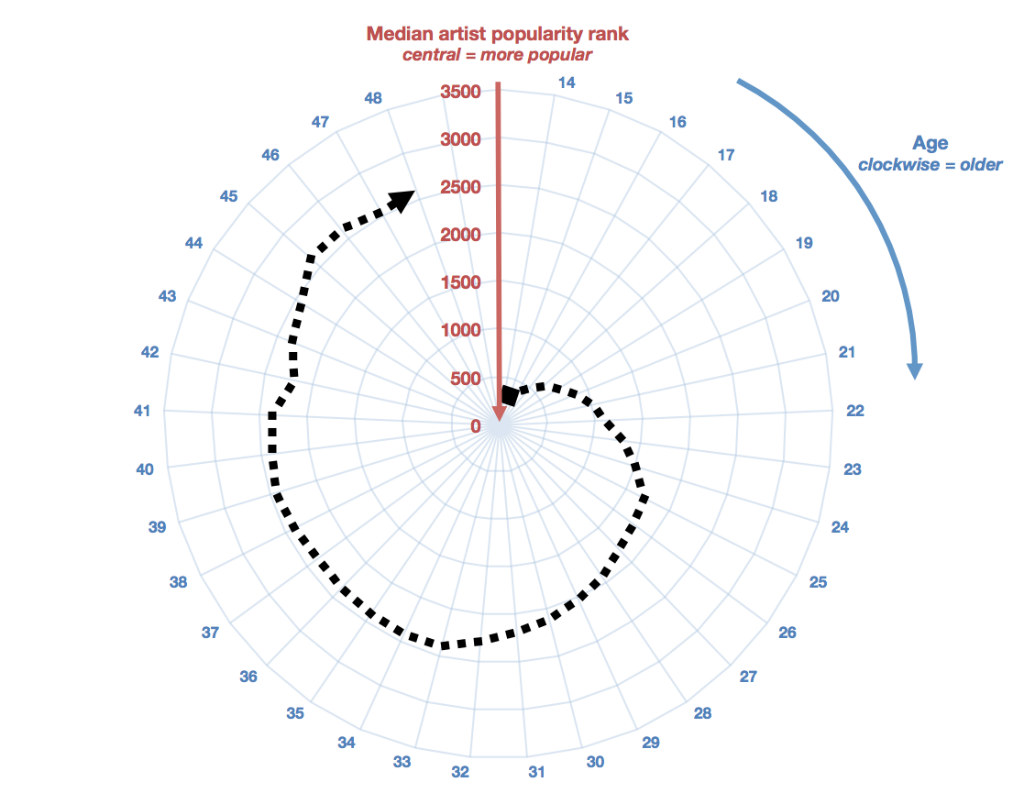