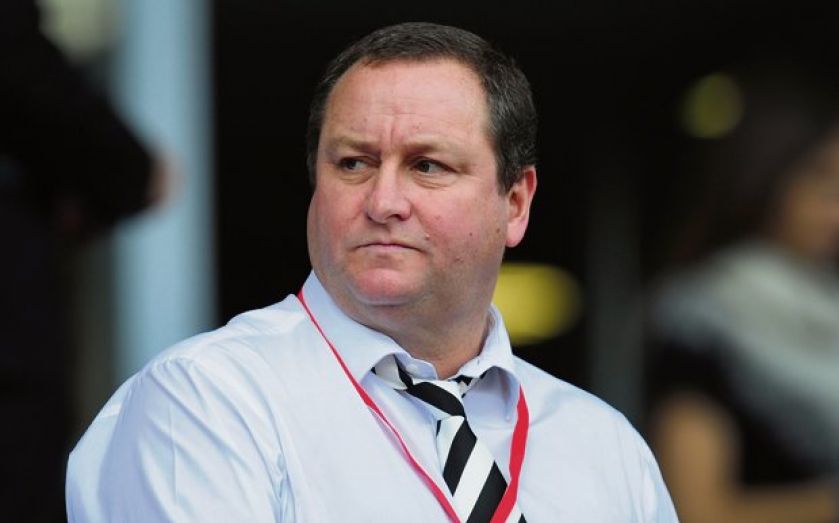 It's been a busy year for Mike Ashley, who has been buying up retailers and football clubs left, right and centre. But what exactly does he own, and how much has it cost him? And what on earth do his Sports Direct shareholders make of all the investing?

Ashley owns 58 per cent of the retail giant, which on the last count had 420 stores nationwide, including Lillywhites in Picadilly.
Ashley and the other shareholders also own a string of other retailers including young fashion chains USC and Republic (which have now been merged) and independents including Flannels, Pulp and Cruise. Ashley also owns a stake in outdoor specialist Blacks.
He has several fashion brands owned within the Sports Direct family, which have been acquired over a number of years. These include (very controversially) Firetrap, Hot Tuna, No Fear, Golddigga and the menswear licence for DKNY.

This year has been a busy one for the retail tycoon. First up was Debenhams, in which Sports Direct took a 4.6 per cent stake earlier this year. A few days later that was converted to a put option and the stake increased to 6.6 per cent. After the move was revealed the two businesses had a pow-wow, and a few months down the line Sports Direct concessions have appeared in the department store.
He later raised his exposure to Debenhams to 11.2 per cent, and today increased it further when converting that stake to another put option. In total Sports Direct now owns 12.7 per cent.

In April, as House of Fraser lumbered towards a long-awaited sale to Chinese retail conglomerate Sanpower (also known as Nanjing Xinjiekou) it suddenly transpired that Ashley had bought his pal Sir Tom Hunter's 11 per cent stake. This was at a crucial moment for HoF and chairman Don McCarthy and resulted in legal letters being sent, but it didn't derail the plans and the sale went ahead.
So now, Ashley owns a decent chunk of a business about to be to be given a ton of cash to grow internationally (particularly in China, so that's a nice way for Ashley to get exposure to a further 1.3 billion people). Sadly for Sports Direct shareholders however, that deal was done through Mash Holdings, so they won't see the direct benefit.

Sports Direct then made a move for Office, but suggested Adidas had prevented the company from pursuing a bid through “anti-competitive” behaviour. But several months on, Office is still looking for a buyer…

In September, the retailer took a punt on Tesco, again with a put option, but shareholders didn't seem too keen on that move, and it prompted some questions about his turning Sports Direct from a retailer to an investment vehicle.

Ashley is not only interested in retailing – sports are clearly his passion. He first bought Sir John Hall's 41.6 per cent stake in Newcastle United – at one pound a share – back in 2007, through St James Holdings. Two months later he bought Freddy Shepherd's 28 per cent stake. By July of that year he was in possesion of 100 per cent of the company and despite some ups and downs with the club's fans– the renaming of St James' Park the Sports Direct Arena just one that leaps to mind, having to pay Kevin Keegan £2m compensation another – he is still hanging onto that investment.

In October though, he added to that collection by uppping his stake in Scottish club Rangers to 8.9 per cent. As part of that deal, chief executive Graham Wallace and financial director Philip Nash both left and the club secured itself an interest free loan for £2m (secured against Edmiston House). He has also brought in his own people, including David Llambias, who was managing director of Newcastle United.

How much is Mike Ashley worth?

It's difficult to tell exactly where that leaves his personal wealth now. Some of the punts (Tesco, Debenhams) look to be unlikely to produce much growth in the short term, but conveniently those tend to be the ones made through Sports Direct. HoF's value has already jumped, so Mash Holdings will be doing nicely from that, however Rangers is also more of the wait-and-see variety.
The most recent estimate, in May this year, put his personal wealth at £3.75bn – making him richer than Sir Richard Branson.