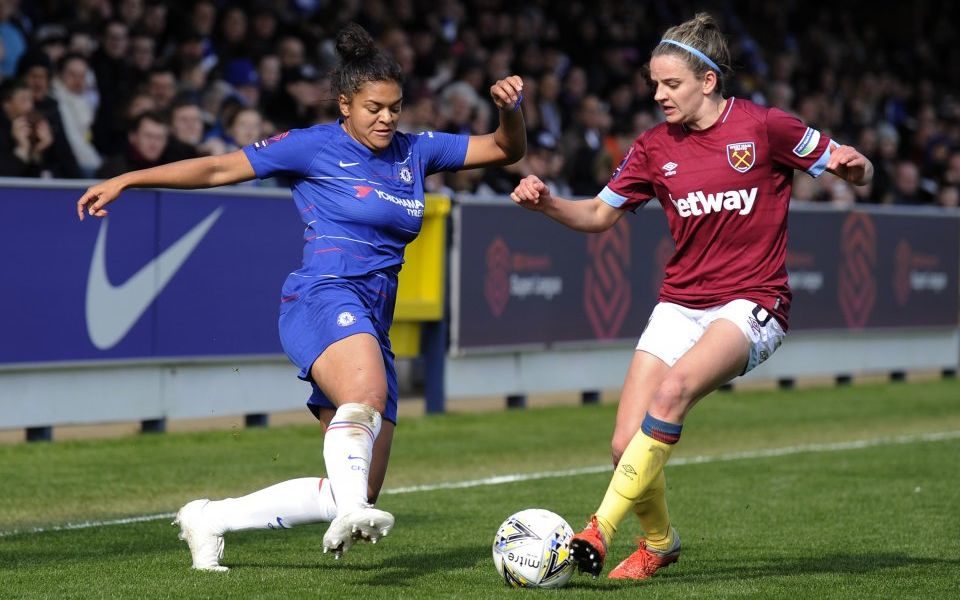 It’s impossible to avoid the conversation around women’s football at the moment – and particularly so in the world of marketing advocating for the opportunities it presents.

Before jumping in head first, brands need to think about why they want to get involved. But the bigger question is why sponsorship of women’s football presents commercial viability to align with longer-term brand value.

Is there a hold-up?

When it comes to women’s football, we are dealing with years of ingrained misconception. Historically, the women’s game has been viewed as the less thrilling, less skilled cousin of the men's game, and it is this generalised narrative which hampers the enthusiasm of potential long-term sponsors.

It’s especially disappointing when, in some cases, stats show the opposite. In the United States – one of the biggest growing regions for football generally – the women’s national team won Olympic gold in 2016 while the men’s team didn’t qualify, and they regularly outperform their male counterparts in ticket sales and revenue.

As for the claim that women’s football isn’t dynamic, 760m people watched the Women's World Cup in 2015 that led to the introduction of a women’s Ballon d’Or last year – a reflection of the growing stature of the women’s game.

A 2015 global study by Nielsen Sports found 84 per cent of general sports fans were engaged with women’s sports, and over half were men. Meanwhile viewership of international women’s football tournaments is on the rise, both in terms of game attendance and TV audience.

Yet while the tentpole events such as the World Cup, European Championship and She Believes Cup tend to attract large audiences, they don’t seem to be enough to convince broadcasters of the ongoing potential that coverage of league games could bring.

This is a shame, because when that money does come in rights holders will invest it, thus making the branding opportunity even more valuable which, in turn, will result in the cost of sponsorship increasing over time to further boost the money in the game.

This scenario is exactly what is required to ensure women’s football thrives, with money travelling through the supply chain and into development programmes at grassroots level, allowing more elite players to rise through the ranks, and resulting in a better quality of game.

An example of this would-be virtuous circle in action can be credited to Barclays. They last month became the first ever title sponsor of the Women's Super League in a deal the Football Association called "the biggest ever investment in UK women's sport by a brand".

The three-year partnership – said to be worth in excess of £10m – starts next season and is a great move to help secure the long-term sustainability of the sport, with heavy investment going into school football ensuring easy access to the sport for girls from a young age.

The tide is rising

Sponsorship of women’s football is by no means a philanthropic exercise; it’s an opportunity to sponsor a high-quality game played by elite athletes who provide access to an extremely valuable audience.

Innovative, forward-thinking, equal and progressive are all characteristics associated with women’s football, and any brand that wants to align with these values should be looking seriously at the game.

Visa recently became the first ever sponsor for European women’s football after Uefa unbundled the sponsorship rights from the men's game. They now have the opportunity to lead the narrative as the sport develops, but they will have high expectations – their ability to open up new territories and audiences through this deal will be proof of the game’s ability to deliver a return.

As women’s football continues to grow and prove its commercial viability, the buy-in will become bigger. Now is the time for brands to show their commercial awareness by investing early in an emerging sponsorship market – and proving, finally, that it's not just an activity for acquiring a favourable corporate image but a lucrative opportunity for forward-facing brands.