Back in the early 1980s, the  Statham family started an electronic security business in their garage. “We grew it into a fairly formidable company; we had 200 people working for us,” says Paul Statham, son, and now founder and chief executive of Condeco Software. The family sold Masco Security in 1999, in a multi-million pound deal.
By 2000, Statham had co-founded workplace consultancy RNM. Five years later, Condeco was born – a solution to a problem he and his partners had encountered: “we were software consultants, and we couldn’t find a product that met our criteria. So we decided to build it ourselves”. The company provides integrated systems to manage the booking of meeting rooms, desks and other spaces within an office. One product, for instance, enables employees to see a meeting room’s availability and book it. It then feeds information through to a touchpad outside the room, automatically making it available again if the person who booked it doesn’t show up within a given timeframe.
Read more: The 100 most powerful entrepreneurs in the UK

Condeco now has over 1m users globally, with offices in seven countries. Currently, with four directors, Statham is the principal shareholder and chief executive.
From its lofty offices in Canary Wharf, Condeco looks out over some of its 500 clients. Between 2011 and 2014, it grew by over 300 per cent, with sales going from £3.4m to £10.2m. Statham puts the firm’s success down to who he’s employed. “They are truly proud of what they’ve developed; leading a great team is addictive.” Statham doesn’t want to be put down as a 1970s kid-turned-1990s entrepreneur who beatifies Margaret Thatcher, but he is “of her generation. The late ‘70s were such a desolate time; she brought prosperity. As a leader, she was visionary.” And since a young age, he always wanted to build businesses: “entrepreneurs, by their very nature, don’t think about being entrepreneurs. They just do it.”
Condeco puts 30 per cent of revenues each year into new people and technology – “that keeps profits reasonable, and we pay tax on them,” Statham adds. Asking why he’s currently reading Piketty catches him unawares – but doesn’t stop him eloquently coursing through his opinion of the controversial economist’s views. “People have to be careful about becoming Gordon Gekkos. We live in a world with a greedy mentality.” Statham doesn’t buy much of what Piketty argues, but he’s also not convinced by trickle-down economics: “the idea that the rich keep spending and that that somehow keeps the poor happy – I don’t particularly agree with that”. Instead, he ascribes to the view that it is investment and job creation which improves the lives of the poorest – and that feeds into how much he values being a boss. “To know 200 people pay their rents and mortgages because your company exists is a great feeling.” 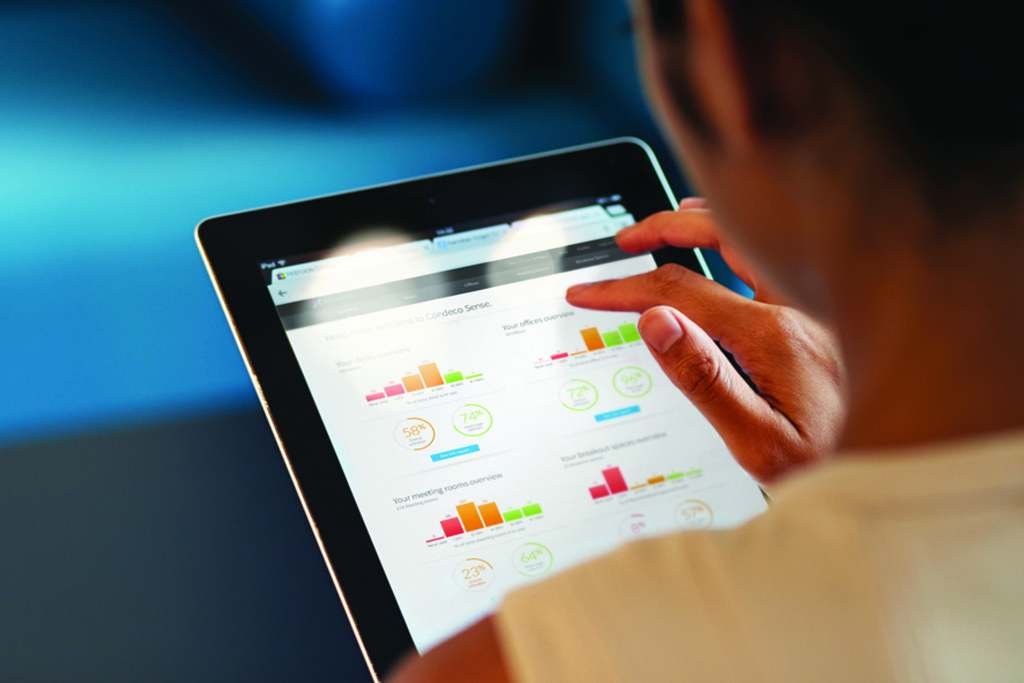 Condeco's products have been translated into 14 languages

Back to business, and something Statham isn’t so enamoured with is the capital’s use of space. As someone who spends his time helping many of London’s largest firms make better use of theirs, he’s got a good view of what is going on: “there is tonnes of empty space here. It’s just not being used efficiently or effectively. That said, the situation is improving. During the downturn, people were divesting buildings and leaving places empty. Slack is starting to be used up”. Much of the time, he says, the problem is that companies simply don’t realise how badly they’re using space. He gives an example of a global corporate Condeco has recently worked with that brought the firm in to do some research ahead of a new build. “In a two month study period, we found that, out of 1,000 desks, 200 weren’t being used at all. Space utilisation should be at 60-70 per cent in an office; here, is was at 40 per cent. Instead of building more, they actually ended up shutting down buildings.”
But others are storming ahead. The financial industry is now “pretty good” at using space well, says Statham. Condeco has worked with Barclays for eight years, and the bank is seen in its industry as a “pioneer” in how it manages space. Is there a model organisation? Statham answers quickly: “oh, the FCA. It’s leading the way. It uses space very efficiently and really was one of the frontrunners in flexible working. It wipes the floor with most corporates.”

Now, Statham is focusing on growing his company further. Europe and Asia-Pacific are on the hit list. He’s hired a new EMEA managing director and another in Singapore, with plans to secure offices in Hong Kong and Tokyo. Condeco has $3m (£2m) earmarked to invest in new markets. The prospect of pushing its products into uncharted territory reminds Statham why he does what he does: “leading a business, inspiring a group of people to build something from nothing – it’s one of the most rewarding things that you can ever do”.