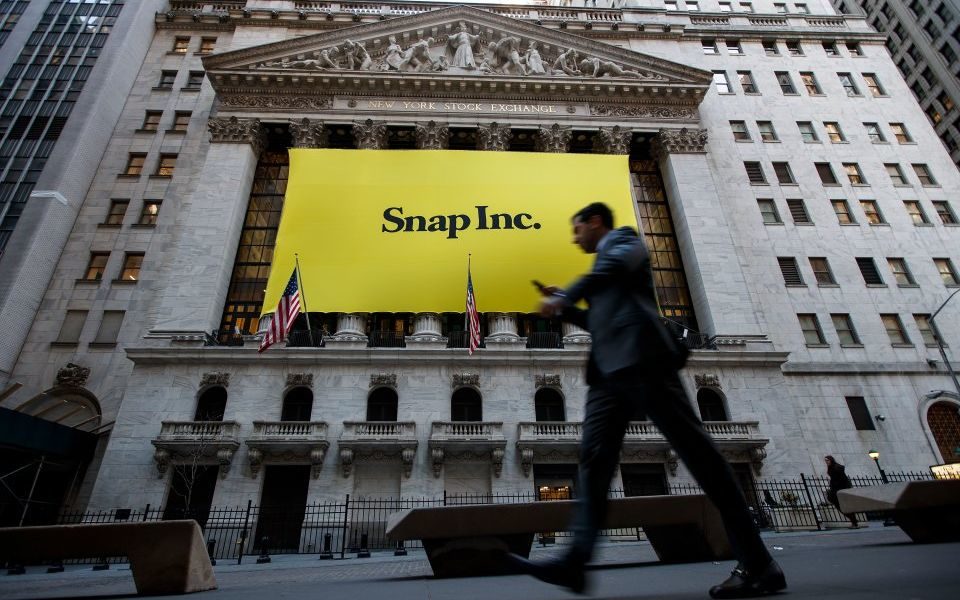 Shares in Snap jumped more than 20 per cent in after-hours trading tonight, as it trounced consensus estimates on revenue and quarterly losses.

Chief executive Evan Spiegel said the business is now "substantially closer" to turning a profit, maintaining a flat cost base while growing its revenue with improved advertising sales.

Growth in daily active users on the firm's photo-sharing app Snapchat remained flat at 186m, narrowly avoiding a third consecutive decline in users after an unpopular design change last spring. The news was a boon for investors, as Wall Street had widely expected Snap to continue haemorrhaging users to Facebook's Instagram.

Interim chief financial officer Lara Sweet said the company "does not foresee a sequential decline" in users in the current quarter, but did not elaborate with specific figures.

Average revenue per user came in at $2.09 during the festive quarter, up from $1.53 a year earlier.

For the current quarter, Snap said it is anticipating revenue of between $285m to $310m, while the average estimate was $303.8m.

The results are a much-needed relief for Snap, after a difficult 2018 and an even more trying January where two of its senior executives departed the firm. Its former finance chief was said to have attempted to circumvent Spiegel's leadership by trying to negotiate the terms of his employment with the board without Spiegel's knowledge, according to reports by Bloomberg.

As of tonight's close, Snap's share price has fallen almost 60 per cent to $7.04 from its debut price of $24.48 in March 2017. The firm's listing on Wall Street is currently subject to a probe by US authorities, following an ongoing shareholder lawsuit which alleges Snap failed to price in Instagram's success on the app's growth.