Skills shortages are a perfect storm for London construction 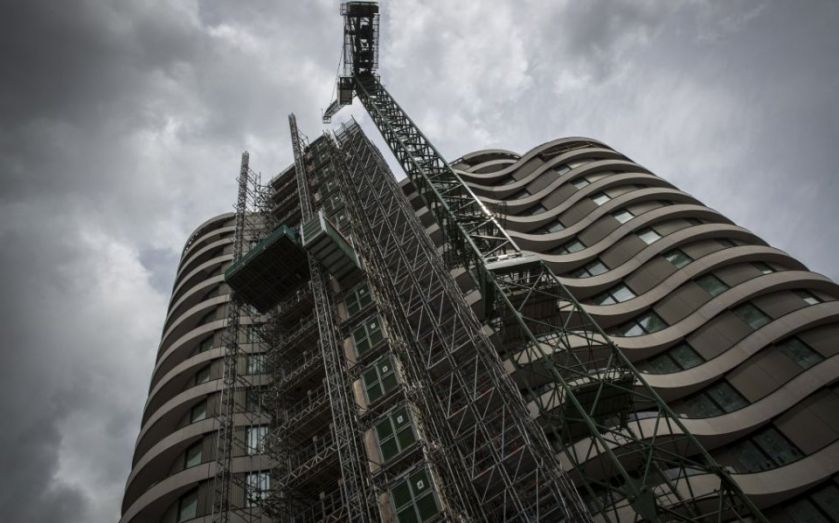 No matter where you are commuting from this morning and where your final destination is, it will be impossible not to notice the construction boom taking place in the capital. All around us, new housing is taking shape to accommodate the largest population that London has ever known.
Whether colossal structures piercing the low-lying early morning fog, or traditional terraces in quiet back streets, the people of this city are crying out for housing and the builders, brickies and sparkies are responding with gusto. But they are stretched.
It’s fair to say that the construction industry took a hit during the recession, with output in the trade falling faster than the whole economy in 2008.
But fast forward to 2015 and housebuilding is going gangbusters, creating a perfect storm of a sector struggling to keep up with demand, literally hundreds of skilled jobs to spare, and yet not enough applicants to scratch the surface.
Read more: Skills shortages forcing construction firms to turn down building work
It is not unheard of for overseas bricklayers to earn up to £1,000 a week on London sites due to the shortage of UK workers.
A quick glance on any recruitment website shows salaries in the construction sector hitting £40,000, but many house-builders are reporting difficulties in recruiting qualified candidates.
Electricians, they say, are in shortest supply, despite 5,000 entering the workforce between 2012 and 2013, commanding an average salary of £38,000.
London is a growing city that has rapidly absorbed the 9,000 additional plumbers, electricians and heating engineers that have entered the workforce since 2013.
But with 90,000 skilled workers expected to retire from their construction jobs between now and 2020, demand remains high, as do wages.
Why, then, with 113,000 16-24 year-old Londoners not in employment or education, aren’t more of our school leavers heading into what was once the bread and butter – or bricks and mortar – of British employment?
Read more: Better apprenticeships will transform UK productivity
Maybe it’s the idea of the building site that puts them off. Traditionally the domain of the builder’s bum, today’s go-getters could be forgiven for being a little intimidated by the prospect of taking up the tools.
If the construction sector is to attract the talent it so desperately needs, we must do more to dispel this myth.
Almost 300,000 women are now employed in construction in the UK and are getting involved at every level – from digging foundations to project managing busy sites.
This morning I’m heading to City Hall to talk to apprentices working on the various housing projects at Queen Elizabeth Olympic Park.
Among them is 19 year-old Leigh Ann who, as an apprentice bricklayer with City Brickwork, has been sub-contracted to Taylor Wimpey and now splits her working day between housing developments on the Park and across the river in Greenwich, such is the level of demand for her skills.
Leigh Ann is just one apprentice visiting City Hall today to join the mayor Boris Johnson and Lloyds Bank chief executive António Horta-Osório as they launch a £1m fund that will help to provide London home-builders with more apprentices.
As the mayor’s ambassador for training and enterprise, and head of emerging talent client services at Alexander Mann Solutions, I know how apprenticeships have transformed the skills market of the UK.
Some of the most recognised businesses in the world are championing apprenticeships as a fantastic career path. Now, we need to reach out to our young people.
At a time when personal statements and Ucas forms are being finalised, we should all stop and think where the future of London’s youth lies.
There are £95.7bn worth of construction projects planned across the capital and South East up until 2017, requiring a 20 per cent increase in the number of skilled workers.
Rather than degree letters after your name, the real badge of honour should be a skilled apprenticeship.